In our interview with Angus MacLane back in 2008, we asked him why none of the toys in the previous two installments of the Toy Story series were LEGO. Read the interview to find out, but that gap has been corrected in Toy Story 3. 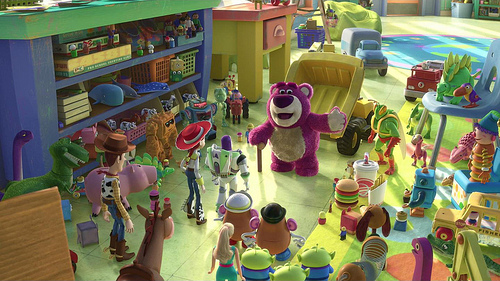 They’re a bit hard to spot in this screen cap by Bill Toenjes, so check out the photo on Flickr for notes and the full-size version. Watch the complete trailer for more LEGO, as well as a notable appearance by Totoro. 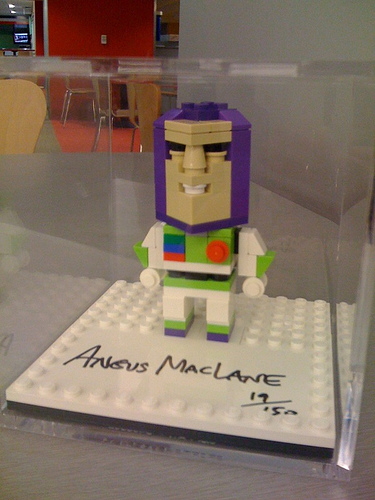