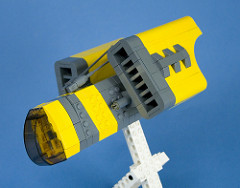 This creation would never have come together this way, were it not for the advice of several friends. This ship came about from the idea I had for the engine shape using arches, and the angled configuration. My first attempt at a fuselage (inset) was rather thrown together, and didn’t quite work.

A few friends suggested playing up the bee-like qualities of the original, which I attempted to do. The fact that there was an official LEGO sticker available with a hornet on it made this idea all the better. A few people suggested changing the canopy, and one suggested the style of a glass-domed WW2 era bomber. That idea worked itself into a full spherical canopy, and the addition of the large guns, to become the Hornet Bomber. 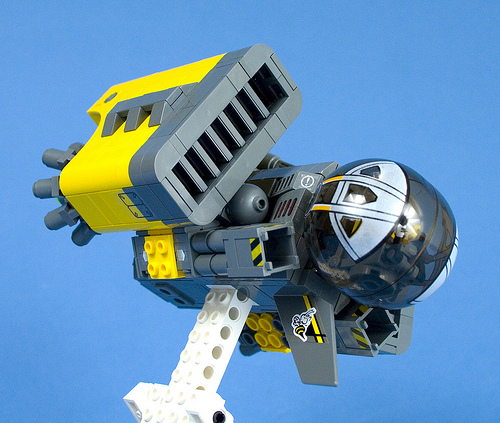