Even though I’ve lived in San Diego for 8 years and LEGOLAND California is only about 30 miles north (in Carlsbad), I must confess that I didn’t visit LEGOLAND until very recently. It just seemed too kid-oriented and expensive. I was wrong, and I’ve really enjoyed my three subsequent visits to LEGOLAND California (LLCA) in the last 6 months.

So, I decided to use my proximity to LLCA to give our readers a sort of combined review and visitor’s guide, mainly for adult LEGO fans. Hopefully there will be enough stuff here for new fans, lone adults, parents and even skeptics like me. 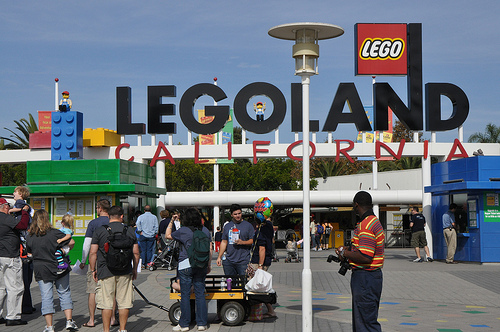 Parking & Admission
Cost is still the one area where I still have some reservations about recommending LLCA. Alas, parking is not free. Basic adult admission is $67 (the LLCA website has a full breakdown of admission prices). You can buy tickets either at the gate or online.

Getting in and Around
If you or your kids also like sea critters, the SeaLIfe Aquarium is immediately to the left of the entrance. SeaLife does have cool LEGO models inside some of the tanks. Customer service is at the right of the entrance, if you’re interested in a shopper pass (more on that later) or need special assistance. There’s also a customer service window inside and on the right next to the Big Shop. The park itself has a few areas with steps, but is generally level and steeper slopes have alternate easy paths for those with strollers or wheelchairs.

The park itself is roughly circular, though there is more to the right of the entrance (north). Miniland USA and a pond are in the center of the park. Miniland truly is the heart of the park, both physically and as the place where most of the creative energy (and maintenance) inevitably goes. It’s well worth skipping sections to go to Miniland, and then coming back again later. There’s a lot to see and you’re likely to notice something new each time you take a look. So even though I put it last in my preferred way of navigating around the park, it may not be something you want to leave to the very last. They’re also frequently adding new elements to Miniland, in fact when I last visited in mid-November, they had just added the Vietnam Memorial (below) to Washington, D.C. — just in time for Veteran’s Day. 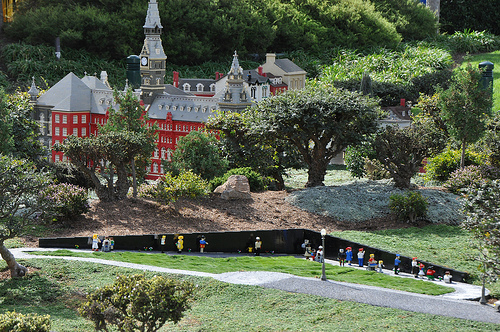 For simplicity of navigating, I’d go around the park clockwise. From the entrance, go left to Dino Island (sample pic below), Explore Village, and then Fun Town. As you go around to the left, there is only one way around, but after the Brick Brothers store (really!) in Fun Town, you have more options. I would go around the exterior, far left path through Pirate Shores to Castle Hill, then onto the Land of Adventure and Imagination Zone. Finally circle back through Miniland, and then back toward the entrance. 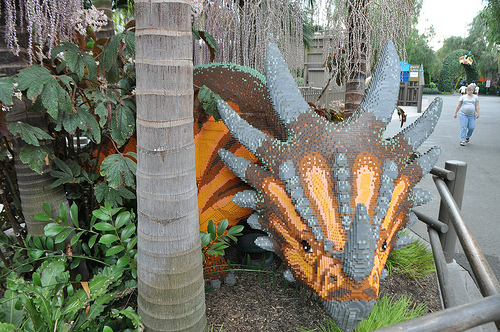 The LLCA website Park Map page (link by clicking on the map below) gives several options for detailed maps including a basic color map, a printable map and also an interactive map, which are all useful in their own ways.

Food
If you’re going to eat the trapped tourist food inside any park, this is the place to do it. The food is expensive, like in any park, but much better quality than any other park I’ve been to, including the other big nearby ones. The Marketplace just to the left of the entrance has coffee and good picnic supplies (deli cheese!), which are good for keeping you going. There’s a pretty good variety of food throughout LLCA though very little Asian or Mexican food. There are especially good Italian, cafeteria style, barbecue, burger and pizza places. The Fun Town Market is cafeteria style and has the added bonus of a mini museum of LEGO and cool creations by LLCA designers in the display cabinets. Each place has good vegetarian options and is of course very family friendly. Garden Restaurant is the most health-conscious of the food joints. If there are picky eaters or those with specific dietary restrictions, it’s worth checking out LLCA’s own dining options description.

Shopping
Most of the stores in LLCA have particular specialties. The Studio Store carries mostly licensed themes. The Pick-a-Brick (PAB) is in the LEGO Club House. The store in the Castle Hill area carries an extensive Belville selection, so if that’s how you roll, that’s where to go. The Imagination Zone is where most Bionicle is tucked away. The Big Shop right next to the entrance has almost everything, though they do struggle to keep the most in-demand items in stock, which is a bit of a shame. The LLCA website has a handy breakdown of the shops and their main specialties, especially good for someone mainly headed there to target specific themes to buy.

You should know that the PAB at the LEGO Club House works differently from most other PAB. At LLCA it’s based on weight, rather than skillful packing of a cup, so in some ways you can score better elements at a more or less flat rate if you know where to look. In other ways, though, it eliminates the adult skilled-packer advantage, viciously allowing little children to buy at the same rate as adults. The Club House always has a separate minifig (with hat & accessory) PAB of 3 ‘figs for $15, usually populated by City ‘figs and accessories.

If you want to go to LLCA just to go to some of the shops (LLCA has the only LEGO Stores in San Diego), you can go to the customer service window to the right of the entrance gate and get a “shopper pass.” You just turn over your credit card info and they give you a pass to let you in the park to shop for an hour. If you return in that hour, all your credit card info will be returned to you. If you use your free shopper pass to visit the park for a few hours, you’ll be charged for admission, so watch your clock. If you spend more than $20, take your receipt with you to check out at customer service and you can also get your parking reimbursed, so if you do everything right, you can park without any of the costs associated with a regular park visit.

Rides and Attractions
Rides are indeed kid-oriented, so don’t expect a Six Flags type thrill, but the good thing is that models are littered throughout the park, including in lines and in/around the rides themselves. It’s worth remembering that though the park is designed for kids, it was designed by adults who had to keep themselves entertained during the design and building process, and like any good children’s attraction, they knew to pack in some details that the accompanying adults are more likely to understand and appreciate. 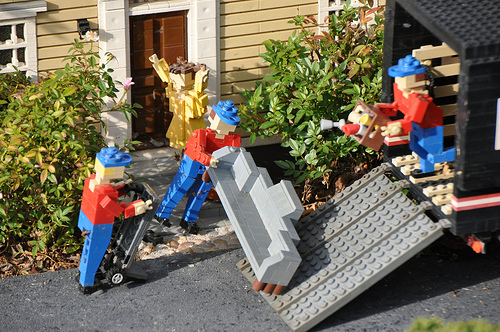 Safari Trek has life-size animal models that you might especially enjoy just before or after a trip to the San Diego Zoo or Wild Animal Park. Fairy Tale Brook and Coast Cruise are gentle little boat rides, but are the only way to see some pretty impressive models close up. I also enjoyed the random 2-year-old turning to me on the Coast Cruise and triumphantly saying, “I’m on a boat ride!” I felt the same way, kid. I felt the same say.

The Adventurer’s Club just off Fun Town Square has very cool murals with some subtle and not so subtle touches that younger visitors might not get. There’s also an entire wolf family that’s quite impressive and dramatically lit. The Pirate Shores area is chock full of silly irreverent things. The mini golf course also has an impressive array of life size animals. Slightly higher than ground level, the shiny, partially transparent scarab beetles at the Beetle Bounce in Land of Adventure are really neat. 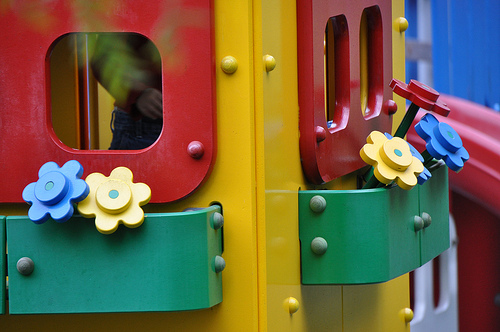 The day I went to visit LLCA, I was also lucky enough to have an official behind-the-scenes wander and interview with Gary McIntire, one of the LLCA Master Model Designers (an upcoming feature). Some of his favorite things that he thinks people should keep an eye out for are the giant versions of real LEGO elements, like the flowers (right) and life-size original DUPLO farm playset in Fun Town, as well as the truck coming out of the Club House. Mention of Gary reminds me: One of the other highlights is the Model Shop, which is just next to Miniland. You can watch the Master Model Designers at their work, doing scandalous things to LEGO to make those phenomenal installations.

I hope y’all have a chance to visit, and that you have a great time. As I write this in early January, it’s 70 degrees here in San Diego. What the hell are you doing in the frigid North? I posted a few pictures in a photoset on flickr, feel free to peruse. Most of the installations I mentioned throughout the article are in there.