Reuters reported last night that someone has stolen the tail from the LEGO Giraffe outside the Berlin Discovery Center. 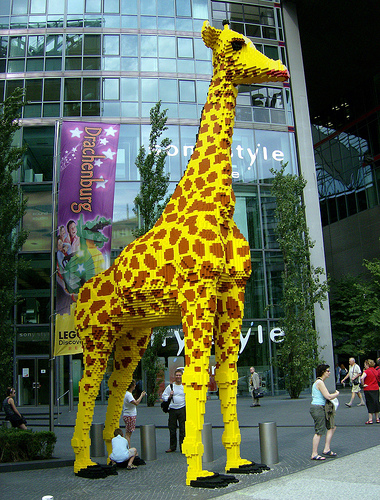 Visitors to a tourist attraction in Berlin have been making off with an unusual memento — the 30 cm long tail of a Lego giraffe.

The Lego tail belongs to a six meter tall model that has stood outside the entrance to the Legoland Discovery Center on Potsdamer Platz since 2007.

What I want to know is which one of you has the tail. Fess up now!