As much as I enjoyed Roald Dahl’s classic book, I was fairly traumatized as a young child by “Willy Wonka and the Chocolate Factory.” The recent, correctly titled Johnny Depp vehicle was only slightly less sinister. Craig Lyons (LegoLyons) has captured the wonder and magic of Dahl’s writing in a series of LEGO vignettes, beginning with Augustus Gloop’s untimely — albeit temporary — end in the chocolate river. 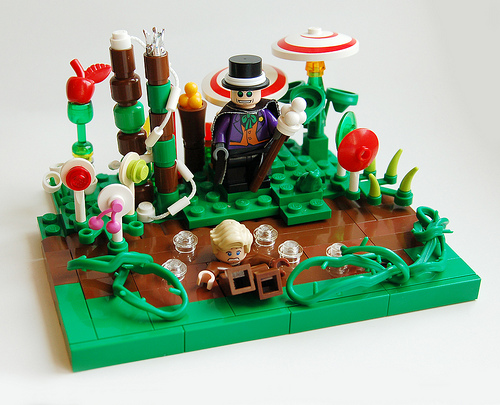 More recently, Craig has posted one of the early scenes from Dahl’s sequel, Charle and the Great Glass Elevator, with lovely ice cream clouds. 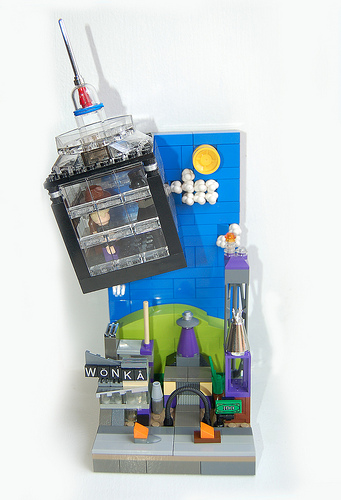 I can’t wait for Craig’s LEGO interpretation of the vermicious knids. SCRAM!