For years, Andrew humored my Discworld obsession by periodically blogging creations based on Terry Pratchett’s silly fantasy world, but now I get to do it myself. Sylvain (captainsmog) has created a new line of custom minifigures based on members of the Ankh-Morpork City Watch. Makes me want to build a Watch House for them. From left to right: Detritus, Littlebottom, Angua, Carrot, Vimes, Colon, Nobby, Visit-The-Unbeliever-With-Explanatory-Pamphlets, Reg, and Dorfl. 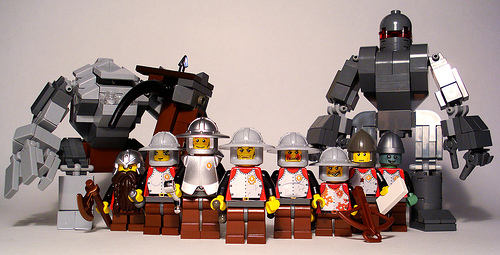 Sylvain also built a great robot based on Hayao Miyazaki’s Laputa (or Castle in the Sky). 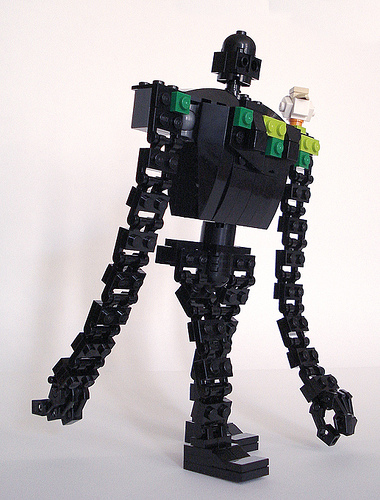