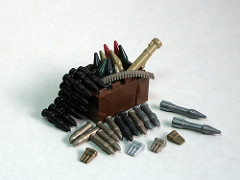 Will Chapman from BrickArms took the summer off from work to try focusing exclusively on custom minifig accessories.

Starting with BrickWorld 2008 in June, each LEGO convention has revealed more and more new products and prototypes.

Thanks to the extra time he has now, Will has been churning out more prototypes in his garage than we can count — particularly for those of you eager for World War II accessories.

For your Allied minifigs, the Bazooka M9 (with M6 rocket) will pack a serious punch: 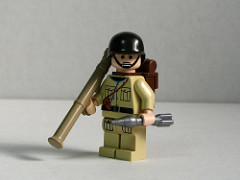 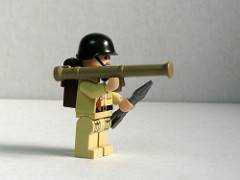 On the Axis side, the German Panzerfaust 30 anti-tank weapon and MG42 machine gun will complement the MP40 SMG and C96 Mauser: 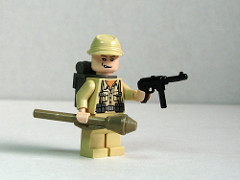 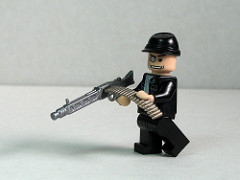 One of the most intriguing new prototypes is the U-clip (“U” for universal). The U-clip can connect any two objects that can fit into a minifig hand.

The potential applications seem infinite, such as attaching a bayonet (also a new BrickArms prototype) to your Lee-Enfield SMLE, a Combat Knife (again, new) to your M4 Carbine, or simulating an M203 grenade launcher with a black LEGO lightsaber handle: 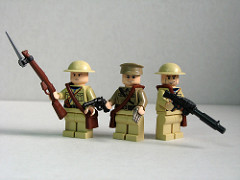 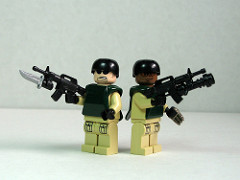 Between our earlier coverage and the Zombie Apocafest, readers should already be familiar with the Lewis gun and Combat Shotgun: 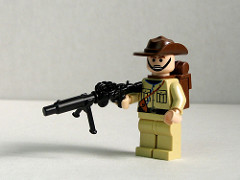 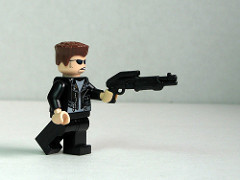 The current Lewis gun prototype solves a minor issue with the earlier version (the drum tended to pop off fairly easily) by attaching the drum to the gun with a clip-like stud. This does make the drum more secure, but it resembles T-21 blaster from Star Wars a bit less with the drum removed.

A couple of the more unique new weapons include a game-inspired gunblade and a Derringer: 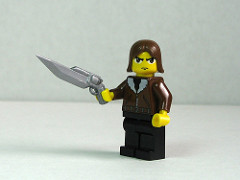 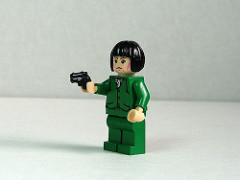 The MGL (multiple grenade launcher) will enable your minifigs to take on Decepticons and Predators alike with ease: 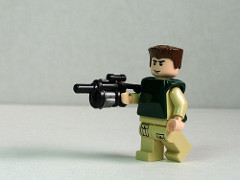 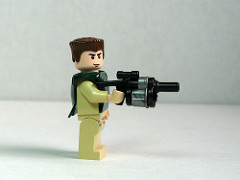 Finally, fans of Western movies get two iconic pistols — the Colt Navy 1861 revolver and the M1917 revolver (which looks a lot like the Colt Single Action Army “Peacemaker”): 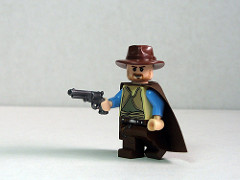 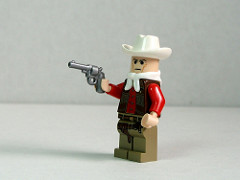 For those of you wondering when we’ll see all this great stuff in production, here’s the final word from Will:

The next mold (in black and/or bley) will include the Combat Knife and Combat Shotgun for sure, and most likely the MGL, Lewis Gun, and Paintball Gun, but the lineup is still being decided. Look for that mold in early 2009, perhaps even by BrickFest 2009 in Portland!

The swords and Colt Navy will most likely be added to a silver mold, sometime soon as well. I’m still coordinating the layout for it. The other items may be limited-edition “garage releases”, as time permits. All will eventually see production.

Did he just say swords and paintball guns? Yes indeed. Look for a preview of those in the next few days from Josh. ;-)