Personally, I’ve been waiting for this for a long time!

Ed Diment has completed his minfig-scale HMS Hood. Packed with incredible details, this is my favorite of the big ship builds, which have included the USS Harry S. Truman and the Titanic, among others. 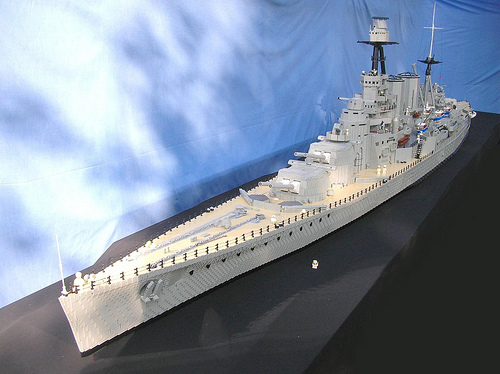 The working derrick on the main mast is powered by a 9-volt system: 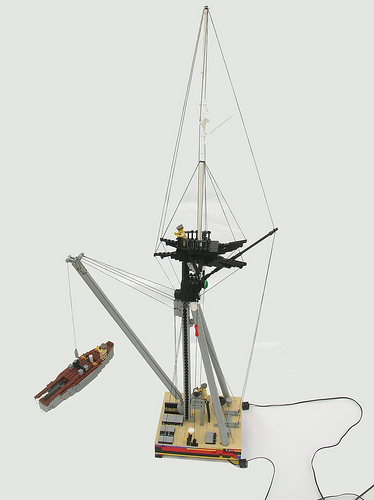 Here’s a close-up with a minifig, which gives you some sense of the massive scale of this ship: 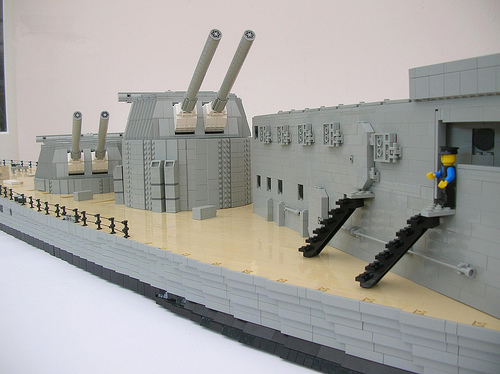 The highly detailed superstructure is worth a closer look: 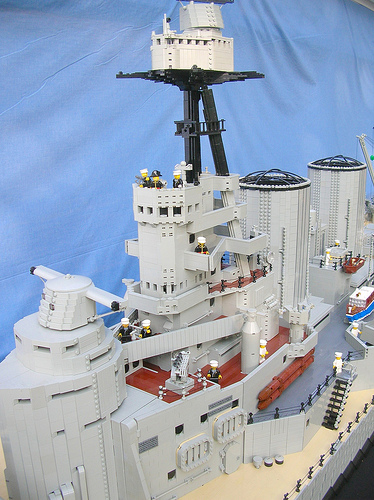 Ed built a full complement of boats to go along with Hood: 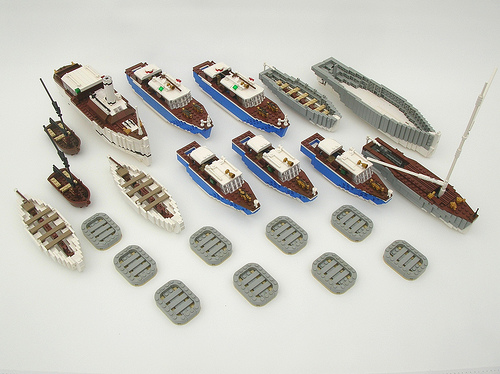 Even photographing a LEGO creation of this size is a challenge of its own: 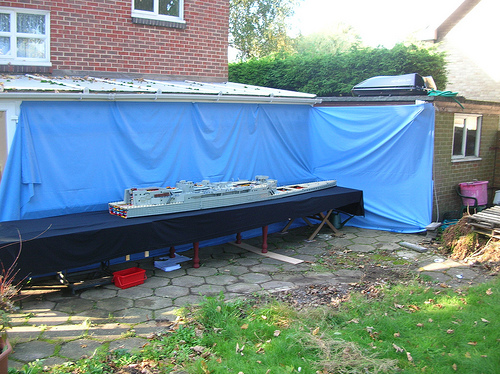 Ed was also gracious enough to answer a few of our questions:

The Brothers Brick: How long did it take you to build it?
Ed Diment: 7 months.

TBB: Does the curve stress the bricks?
Ed: No brick stress needed, it is all stepped plate and tile on its side.

TBB: Where do you keep it?
Ed: In sections in my LEGO room. Nowhere in the house is big enough to display it.

TBB: Are you going to keep it together?
Ed: I’ll be keeping it together for at least a couple of years. A couple of museums have expressed an interest, so perhaps longer.

TBB: How much is motorized?
Ed: All four turrets are motorized with power functions for rotation and elevation. I’ll try and get some pictures on YouTube.

Check out Ed’s HMS Hood photoset on Flickr for 184 pictures — including work-in-progress shots that show how this amazing creation is constructed.