The LEGO privateers o’er at Classic-Pirates.com have scoured the seven seas to bring all ye ungrateful, lice-infested, lilly-livered sprogs the biggest pile o’ swag in LEGO contest history with the newly announced Pillage the Village Contest. 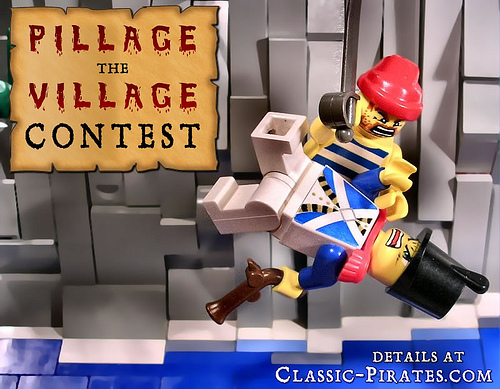 There be plenty o’ loot fer all, with LEGO Pirate sets of yore to be had in four dastardly categories: