Despite Lord of the Rings, despite the miserable prequels, and despite Battlestar Galactica, there’s still a part of me that still can’t get over Star Wars. I’ve joked that my Star Wars geek lives in my limbic system. 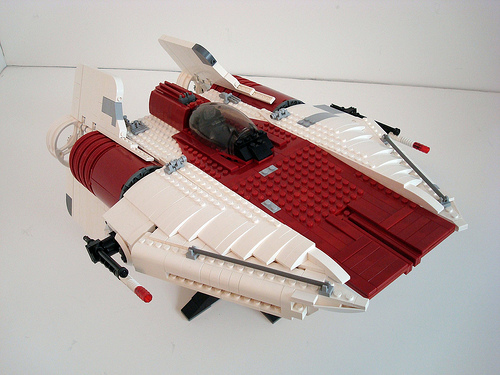 The clean, rounded lines of the A-wing are notoriously difficult to replicate in LEGO, but at this scale, Lino has been able to include critical details like the angled tail fins and the gap in the nose.