Long before the Power Rangers leapt across the Pacific onto American TV screens, Japanese TV was dominated by series after series of superhero shows, not least of which was Kamen (Masked) Rider.

Moko goes retro with his latest creation, an homage to the very first Kamen Rider: 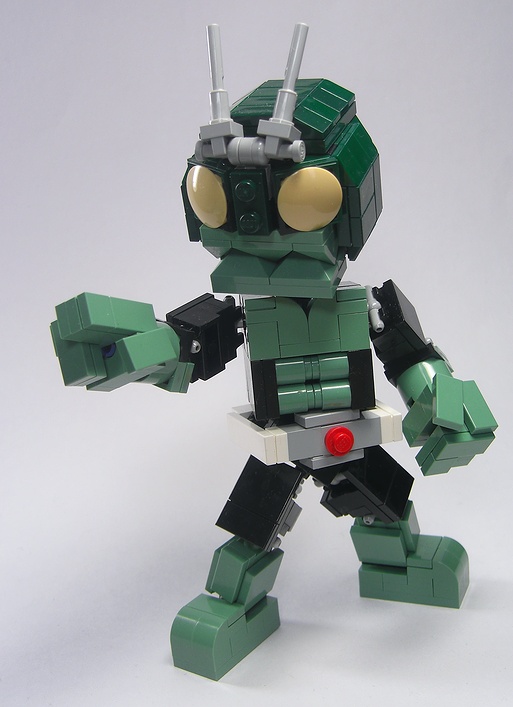 From 1971 through today, Kamen Rider, his motorcycles, and the monsters he fights have been an integral part of the childhood of every child who grew up in Japan. That includes me, and this large-scale figure brings back a lot of great memories.