New information on the upcoming LEGO MMO (Massively Multiplayer Online) game, LEGO Universe, has truly been scarce. Some of the only information has been in early concept art doled out to newsletter subscribers: 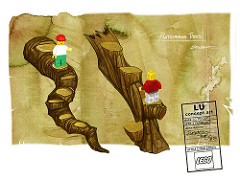 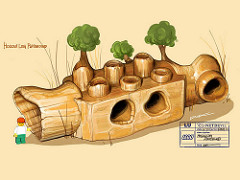 But Blog | Life from Wired.com has a handful of new details on the game.

Based on the way the game is being marketed, I’m personally not entirely convinced the game will have the broad, multigenerational appeal that one might hope for (read: they don’t seem to be marketing to adults).

Still, I’m intrigued by the organic feeling of the backgrounds in the concept art released so far.

Head on over to Blog | Life to read the feature and see bigger versions of the new concept art (above).