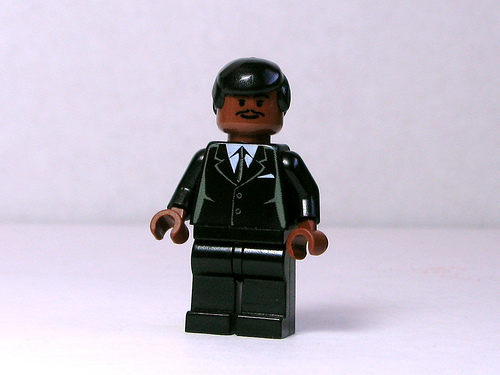 Inspired by his Christian convictions and the non-violent philosophy of Mahatma Gandhi, King organized acts of civil disobedience, including the Montgomery Bus Boycott in 1955 and the March on Washington in 1963, where King delivered his famous “I Have a Dream” speech. In 1967, King voiced public opposition to the Vietnam war.

On April 4, 1968, Martin Luther King, Jr. was assassinated in Memphis, Tennessee. He left behind his wife Coretta Scott King and four children. Mrs. King carried on her husband’s work until her death in 2006.

(About the minifig itself: morgan19 and at least one other builder who I can’t find at the moment have posted identical MLK figs, but in my defense, I’ve had this minifig lying around unphotographed for at least a year. ;-) )