Reader “bedlam” reminds us that, back in the day, most mecha builders used minifig legs as hands. What I like so much about Izzo‘s latest mecha (and what I might not have noticed without the reminder from bedlam) is the left hand: 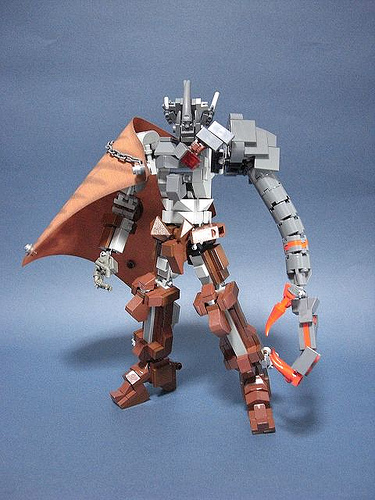 The feet and head are pretty cool too.

10 comments on “Dark Hero by Izzo”