At its most basic level, the LEGO Ambassadors program enables LEGO fans to have representatives who speak for them and work directly with The LEGO Company. Because we sign a non-disclosure agreement (NDA), those of us who are ambassadors can’t always talk about what we do. This has resulted in a bit of frustration from non-ambassadors — an understandable frustration, which I couldn’t help but share until I joined the program in March myself.

With the new Mars Mission sets coming out later this year, Mark Sandlin is now able to discuss how he was involved in the design and development of this new space theme. 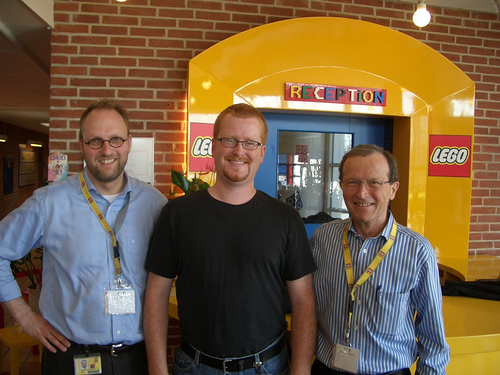 Be sure to check out Mark’s pictures from his trip to LEGO headquarters in Billund, Denmark.

There are very good business reasons why we can’t talk about future products we might be working on. (For example, would you want to see pirates or competitors release a knock-off version of something LEGO spent years designing even before LEGO can release the real thing themselves?) But it’s great to learn more how the program works, and to understand that fans are actually involved in the design of themes like Mars Mission and the new Castle sets.