Do you know what this is?

I can honestly say that I have no clue. Steve Vargo does, though – he claims that it is a species from a Star Wars expanded universe called Vong. No matter what though, his lego rendition of it just blew my mind. Just take a look at the imposing stature, the horns, and the snake-thing he’s holding! 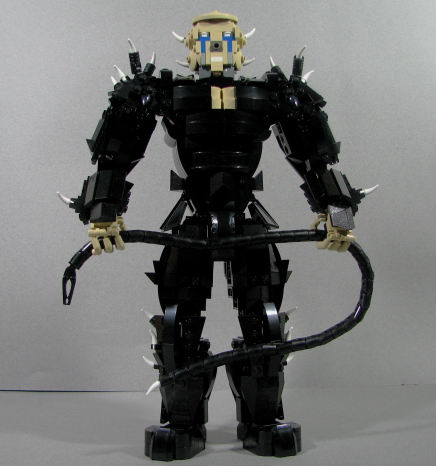 Update: Steve now has uploaded a full brickshelf folder with lots more pictures. I’ve also been informed that these are really called Yuuzhan Vong, and were created as an enemy for the Jedi’s in the Star Wars expanded universe. The model was based on a frame made by the now dissapeared (and almost legendary in the mecha community) japanese builder Gla Gla. And I still think Steve’s LEGO rendition is excellent ;-)