These won’t be news for those of you who saw the work-in-progress pictures on Flickr or who saw them at NWBrickCon, but I finally took decent pictures of my three recent steampunk creations. Enjoy!

H.M.A.S. Fearless
The brave women of Her Majesty’s Royal Flying Corp pilot the steam-powered gunship Fearless into most certain danger! 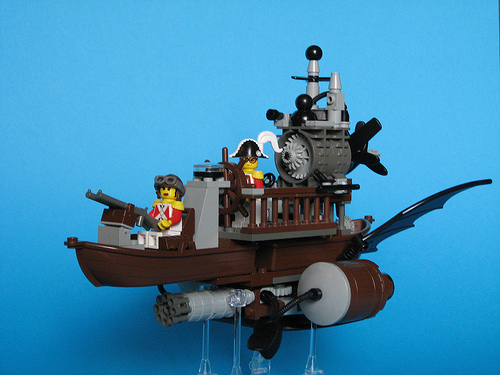 Leftenant Cavendish’s Marvelous Amphibious Contraption
On a voyage of discovery in deepest uncharted Asia, Leftenent Henry Cavendish of Her Majesty’s 13th Expeditionary Forces improvises a means of vehicular transport, using a native canoe, wagon wheels, and a boiler of his own invention. His musket also spews Greek Fire. 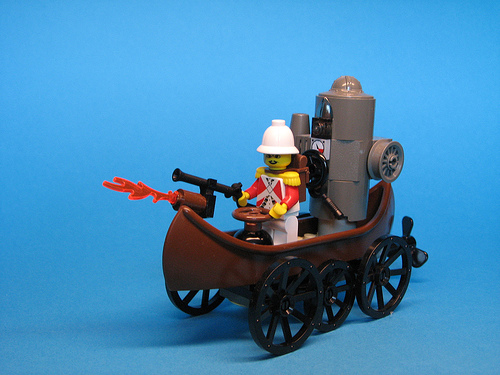 Mr. Renoir’s Ornithopter
Unbeknownst to most modern historians, Pierre-Auguste Renoir followed in the footsteps of great artist-inventors of the past (including his hero Leonardo Da Vinci), fabricating fantastic winged contraptions and flying them throughout the French countryside. 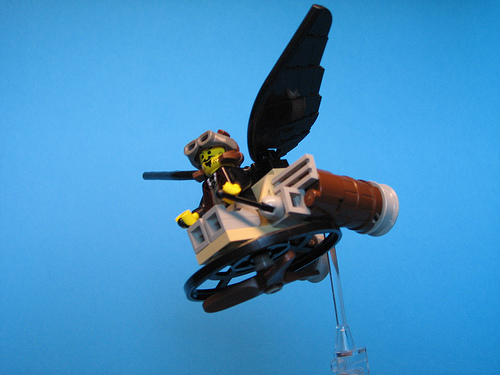