I’m back home at the end of NWBrickCon day 1. I’ve uploaded about 75 pictures to a new NWBrickCon 2006 photoset on Flickr. 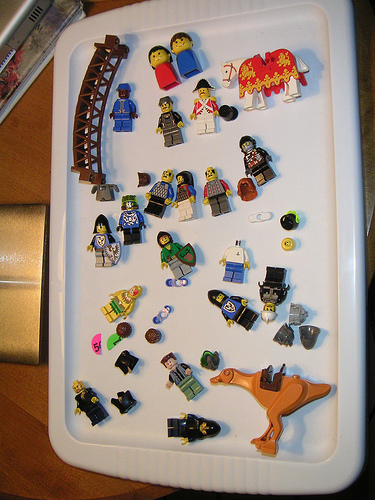 It was definitely a long day, but I had a fantastic time! As I admired the beginnings of the castle layout, Josh came over and introduced himself. Hey, remember, we had never actually meet “in real life.” We spent some time in the “bazaar” room, poring over the loose inventory from a couple vendors. The seller wasn’t actually there, so we set aside our picks so we could come back and ask how much they were later. I ended up spending about $25 for a bunch of miscellaneous parts and dozen or so minifigs I didn’t have or needed more of. On BrickLink I think I would’ve paid at least double.

Over lunch I told him that I was relieved to know he wasn’t a freak. Heh heh! People spent most of the day setting up their creations — the aforementioned medieval landscape, about a hundred moonbase modules, a huge train layout, and a Technic/MINDSTORMS “great ball contraption.” The empty tables at the beginning of the day gave way to tables overflowing with LEGO creations: 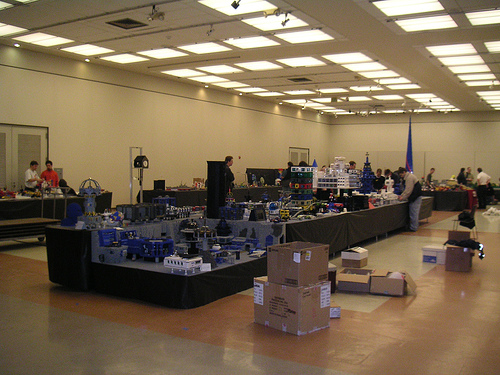 Interesting sessions included a presentation by the designer of modern minifig weapons (mostly unavailable from LEGO) at BrickArms, a discussion of sorting, and a series of talks from people whose jobs are LEGO-related, including Steve Witt from the LEGO Company and LEGO Certified Professionals Dan Parker and Robin Sather.

Well, I’m off to get a good night’s sleep so I can get up in the morning and go to the Bellevue LEGO Store for breakfast. Hurray for make-your-own minifigs (new there tomorrow)!