LEGO Space fans have created many Space “subthemes.” Chris Giddens has created several popular subthemes, including Pre-Classic Space and The Eastern Block. With my recent Communist minifigs still lying around, I thought I’d try my hand at some Eastern Block minifigs. 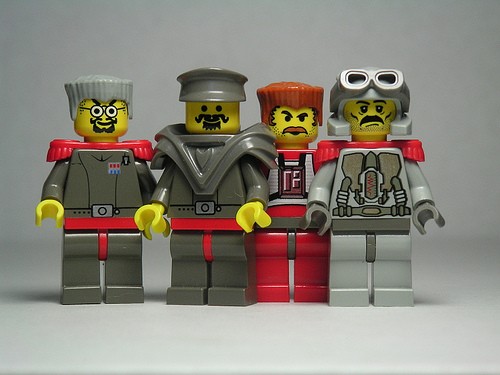 From left to right in the picture above:

Next, a chainsaw gun. If the explosive rounds from the eight-barrelled, rapid-fire particle cannon don’t get ya, the 1600-RPM chainsaw is sure to do some damage: 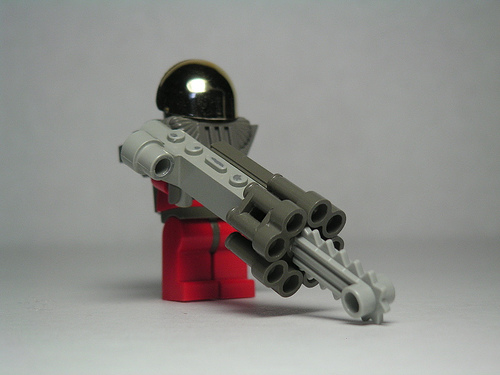 Finally, Ernesto “the Dude” Guevarra (voted “Most Photogenic” by 99% of the Eastern Block electorate) wields the “BFG”: 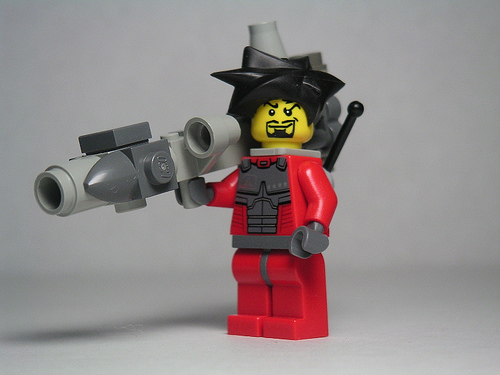