The end of Disney+’s WandaVision series finds Wanda Maximoff sitting on the porch of a remote cabin in the mountains. As a tea kettle whistles, she rises and goes inside to pour herself a drink and we see that inside the cabin is a second Wanda, this one in full Scarlet Witch attire, hovering in the air and using her powers to comb through ancient texts. No doubt she’s looking for answers to the questions the show raised. If this is a spoiler for you, I don’t know what to say. You’ve had eleven months to watch it. And Lego_nuts has spent one and a half of those eleven months creating a custom build inspired by Wanda’s quest for knowledge. 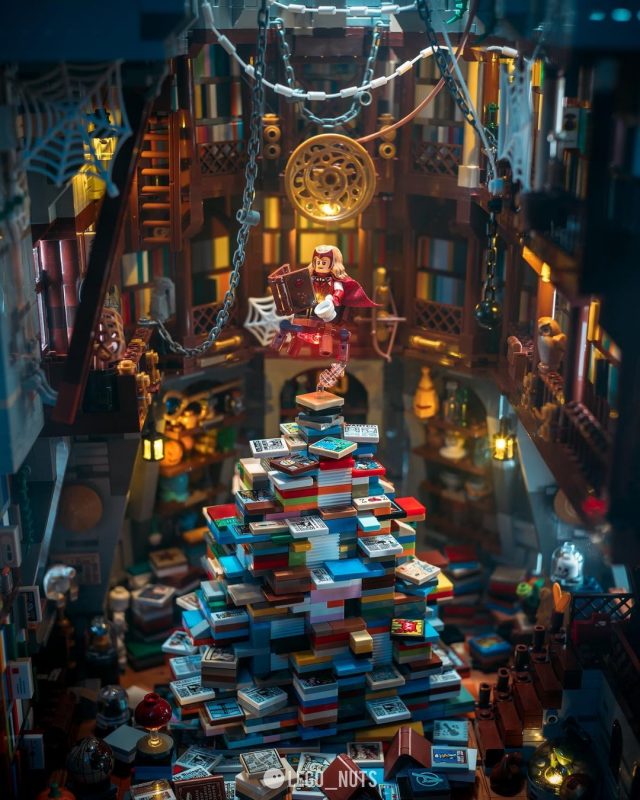 The cabin we see here is much larger than the one glimpsed in the show, but in a way that’s the perfect direction to take. Since the studying Scarlet Witch appears to be some sort of astral projection, I like to imagine this build represents the mystical library that Wanda is accessing. Standing multiple stories tall, this space is filled with books and artifacts in every possible corner. That, combined with its dramatic lighting, makes this a true marvel of scene setting. But you won’t need to study ancient texts to find out how he did it. Just have a look at the video below.