Shockwave’s cold intellect and looming presence stand out in this LEGO figure by Shaddowtoa. Coming out of the Transformers toy line, Shockwave is the Decepticon’s leading scientific mind. This articulated figure captures his often repeated iconic look as established by the 1984 The Transformers animated series. This figure bears the classic purple and grey color scheme befitting Shockwave, with that dark pink chest. His singular yellow eye shines out from his angular head, analyzing everything in his gaze. The recessed black around the eye is cleverly achieved by way of SNOT (Studs Not On Top) techniques paired with brackets and slopes for the purple surrounding it. The articulation of the figure is well worth the sacrifice of the transforming elements. The figure has bend at the shoulders, elbows, ankles, knees, hips, head, and waist–not to mention the articulation in his wrist and fingers. 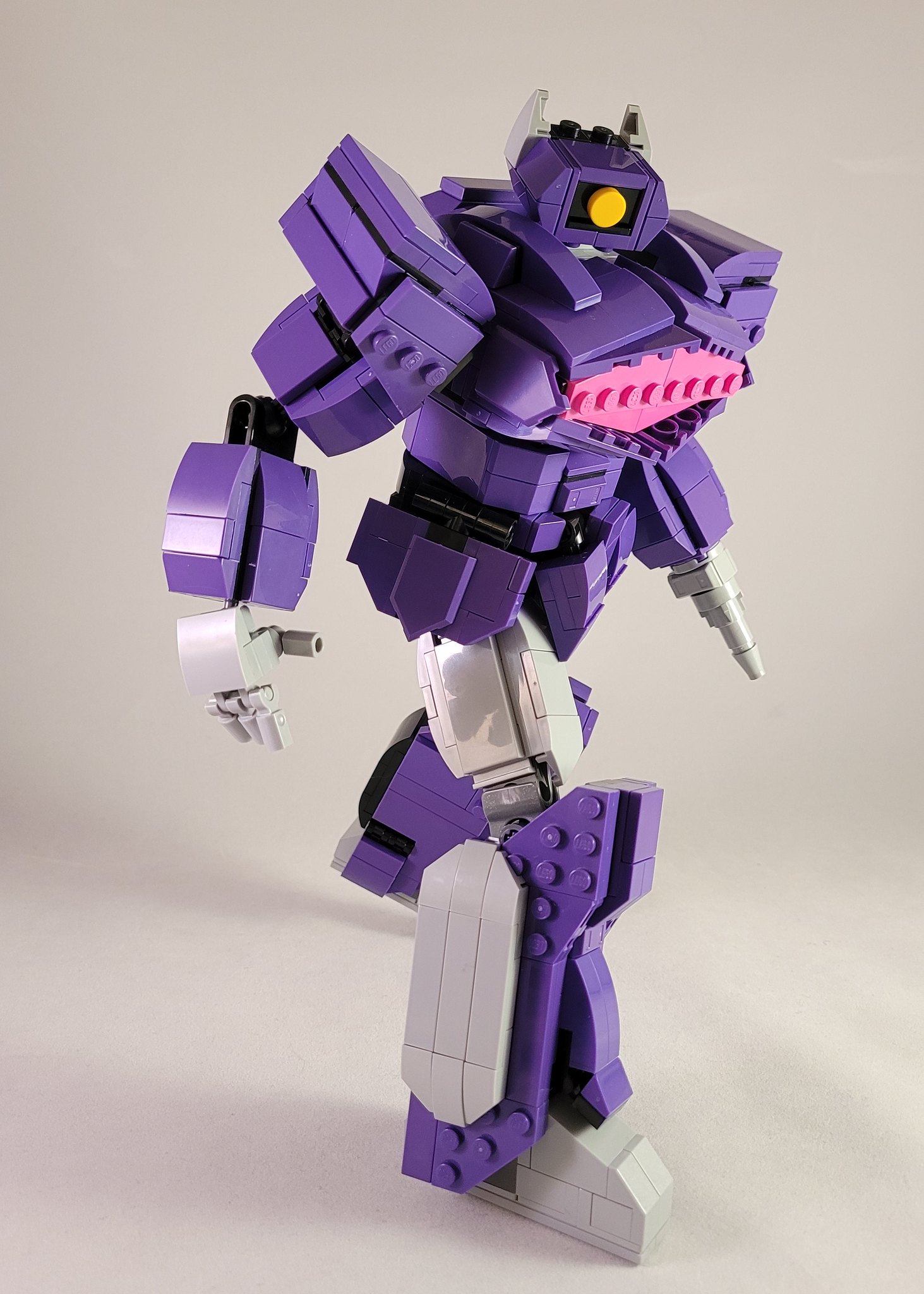