At first glance, you might think Aiden Rexroad has traded in LEGO bricks for a swordsmith forge. But don’t despair. It turns out these swords aren’t metal after all, but rather some amazingly realized life-sized recreations.

First up, Aiden’s katana was built to celebrate 10 years of Ninjago, which makes sense because the curvature on this blade feels like a bit of Garmadon’s sorcery at work. And the way the handle is detailed with the diamond shapes that replicate the traditional wrapping is outstanding.

Aiden’s long sword is equally impressive. While the blade is a little more straightforwardly built than the katana’s, there’s still a lot of technique at play here. The inverted sloped wedges, for instance, do an impressive job of creating a realistic shaping to the crossguard. 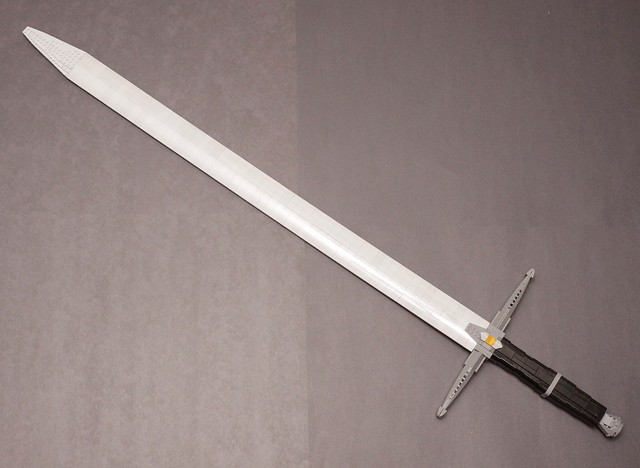