Builder Jacob Sadovich, who is probably best known to the LEGO community for his LEGO Ideas winning ship in a bottle project, has given us a very different, but equally impressive new model. At first glance it looks like a well built if fairly typical Classic Space star fighter, but look again and you’ll see it’s built to a much larger scale — a scale that allows him to pack in the details, from the clutch of wing mounted missiles, to the huge turbine intakes on each thruster. 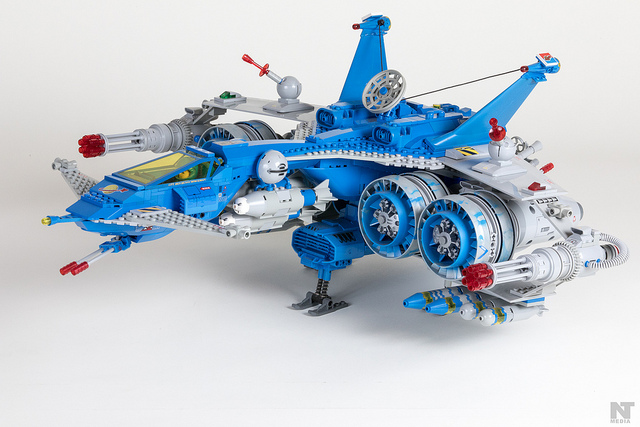 Designed around the Technic LEGO figures from the late 1980s, this ship really is huge. Zoom into the front canopy and you can see Jacob’s modified pilot up close, replete with bespoke Classic Space uniform. 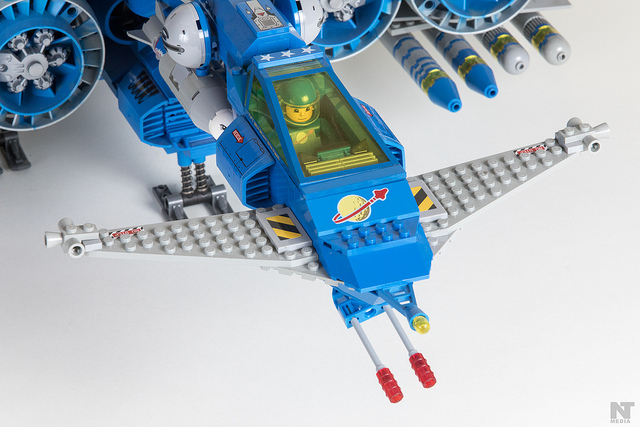 There are more surprises to be discovered when viewed from behind. 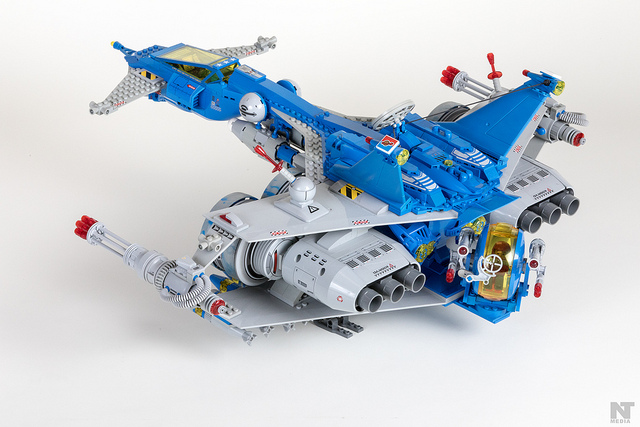 A rear mounted gun turret completes the military feel of this superb spaceship. Beautifully formed form an X pod, it pays homage to iconic World War 2 planes such as the Lancaster Bomber. 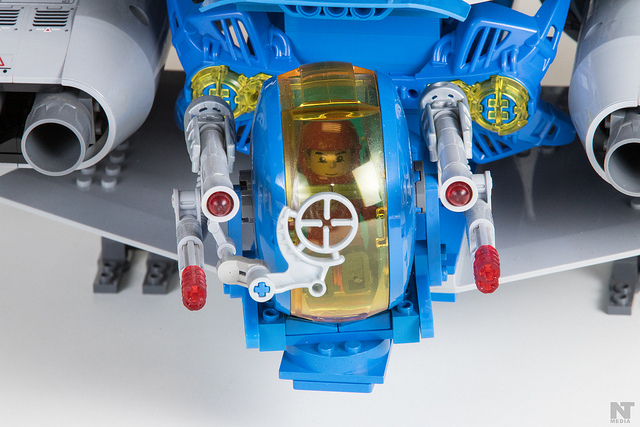