Builder SuckMyBrick is perhaps best known for his pop culture LEGO models, but he has reached a new level with this spot-on portrait of Fred Flintstone. The Flintstones premiered in 1960 as the first ever prime time animated series. Almost 50 years later, Fred, Wilma, Barney and Betty are still a part of our pop culture landscape, so much so that The LEGO Group produced the Flintstone’s iconic house as LEGO Ideas Set 21316 back in March. 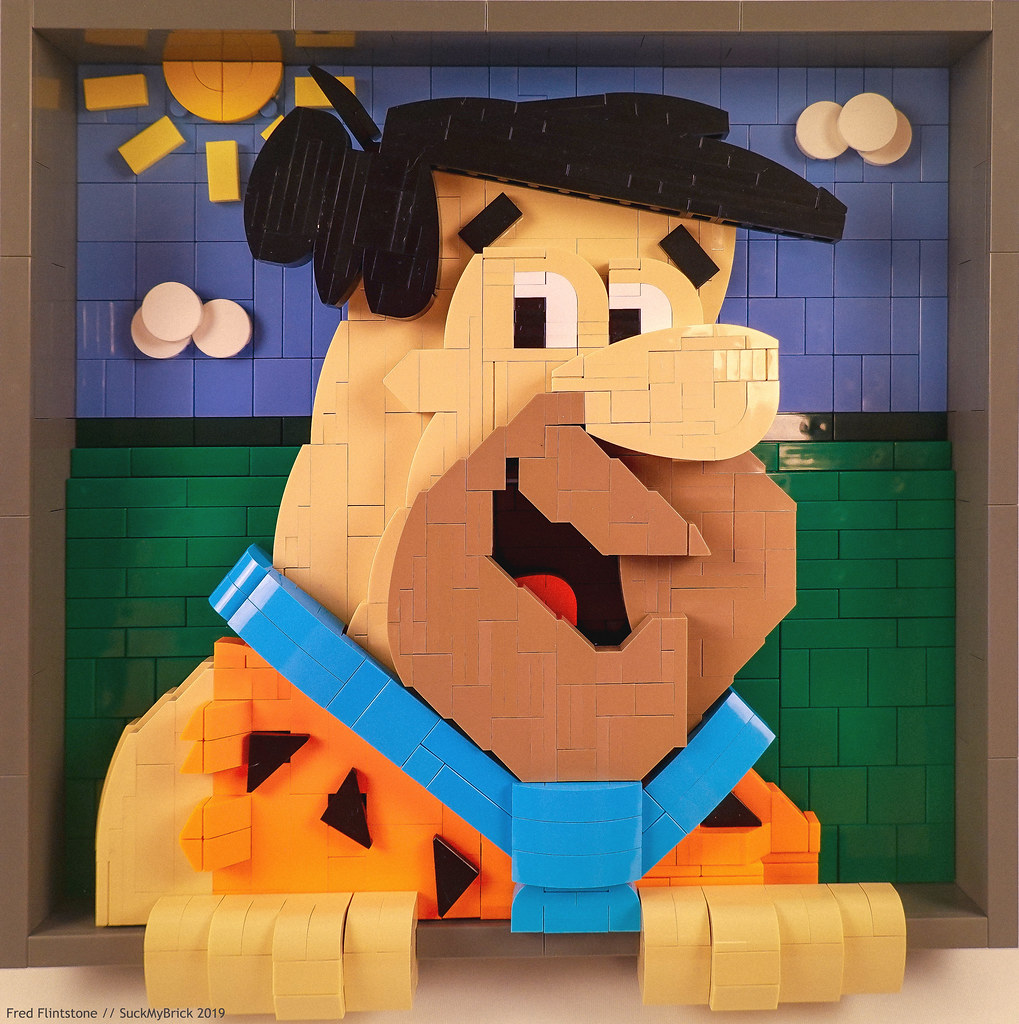 When building with LEGO, it can be quite difficult to achieve the lines and curves required to make a portrait, and there is often a certain amount of abstraction that needs to take place. SuckMyBrick does an astounding job here with his utilization of the 3rd dimension, angles and curves. He also makes great use of studs up, studs out and even sideways building to achieve this look. I am particularly impressed by the builder’s ability to create this very sleek style with no studs showing. From a distance you might not even know this was made with LEGO bricks. The third dimension is expertly used to not only create Fred’s facial features, but to also give the impression that his is reaching out of the edge of the frame. It’s a positively perfect portrait of the patriarch of everyone’s favorite modern stone-age family!