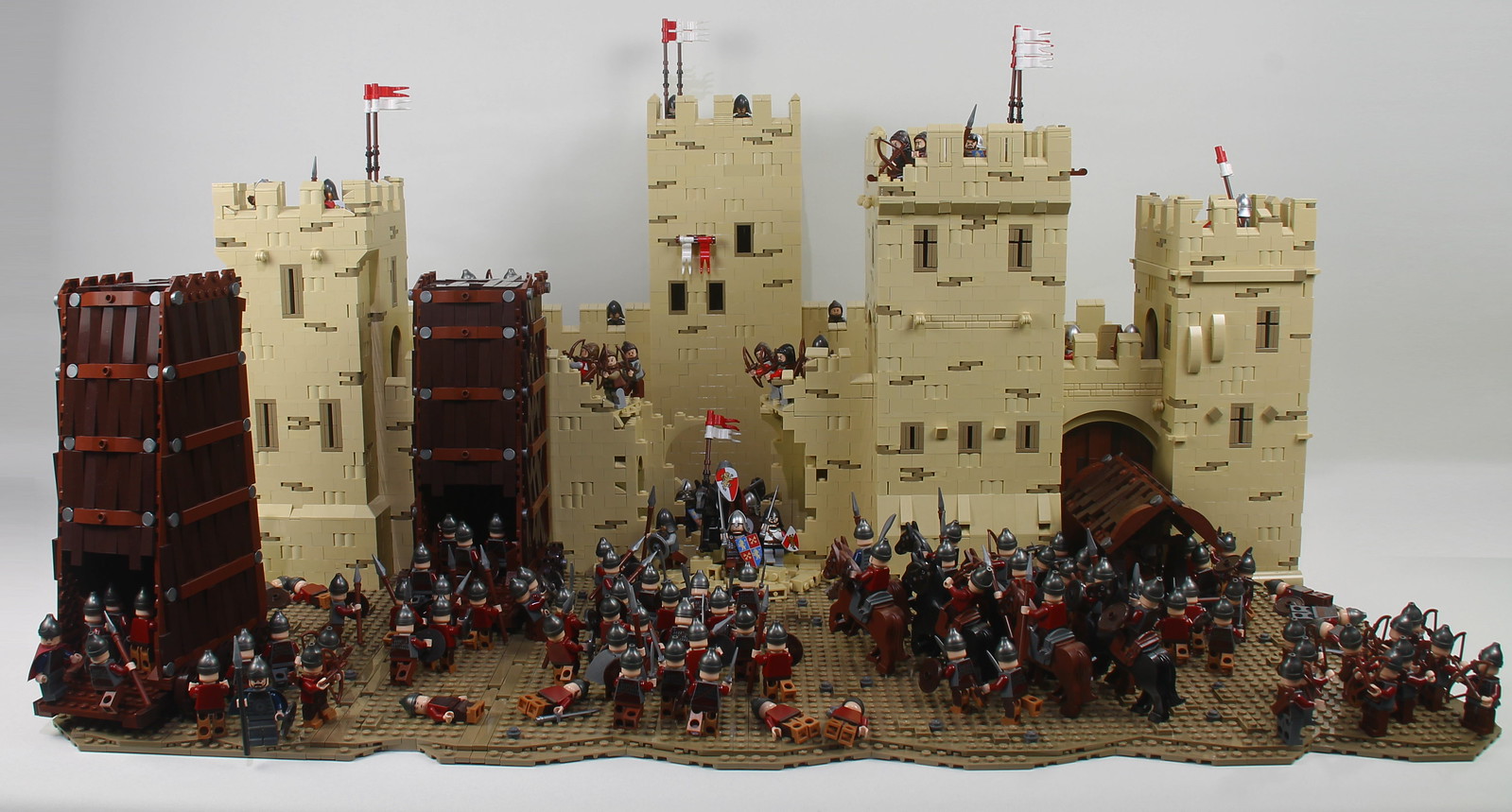 In the year 1187, the armies of Saladin laid siege to the Crusader stronghold of Jerusalem. At the point of the attack depicted above, the walls of the city have been breached. Marco’s use of dark and sand-colored bricks helps establish the Middle Eastern look of the setting. I also admire his woodwork on the siege towers and battering ram tunnel. 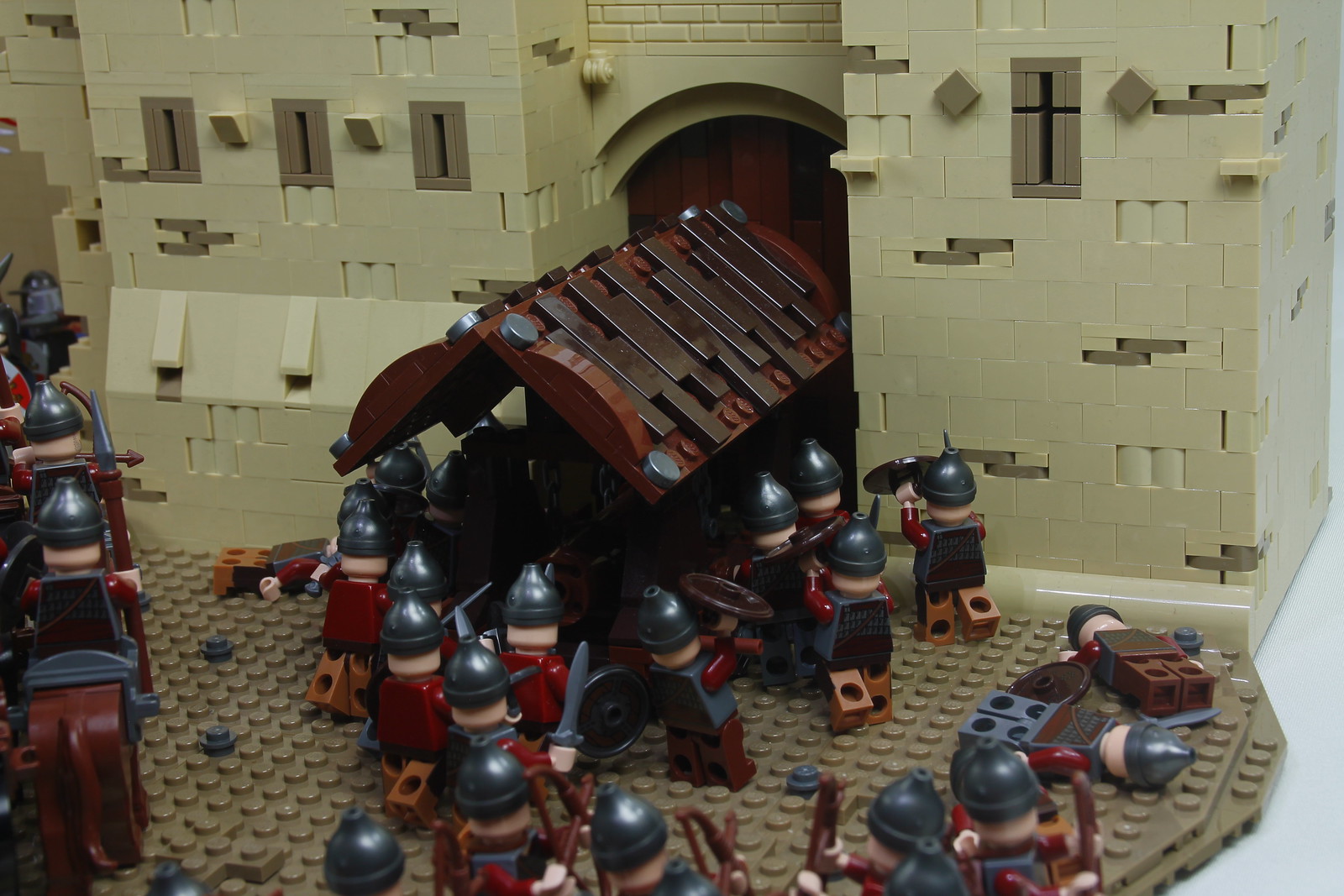 The walls are equally impressive, with various bricks serving as weathered stone that has stood through the ages. The arrowslits are well-designed. I like how there are two different versions of them. 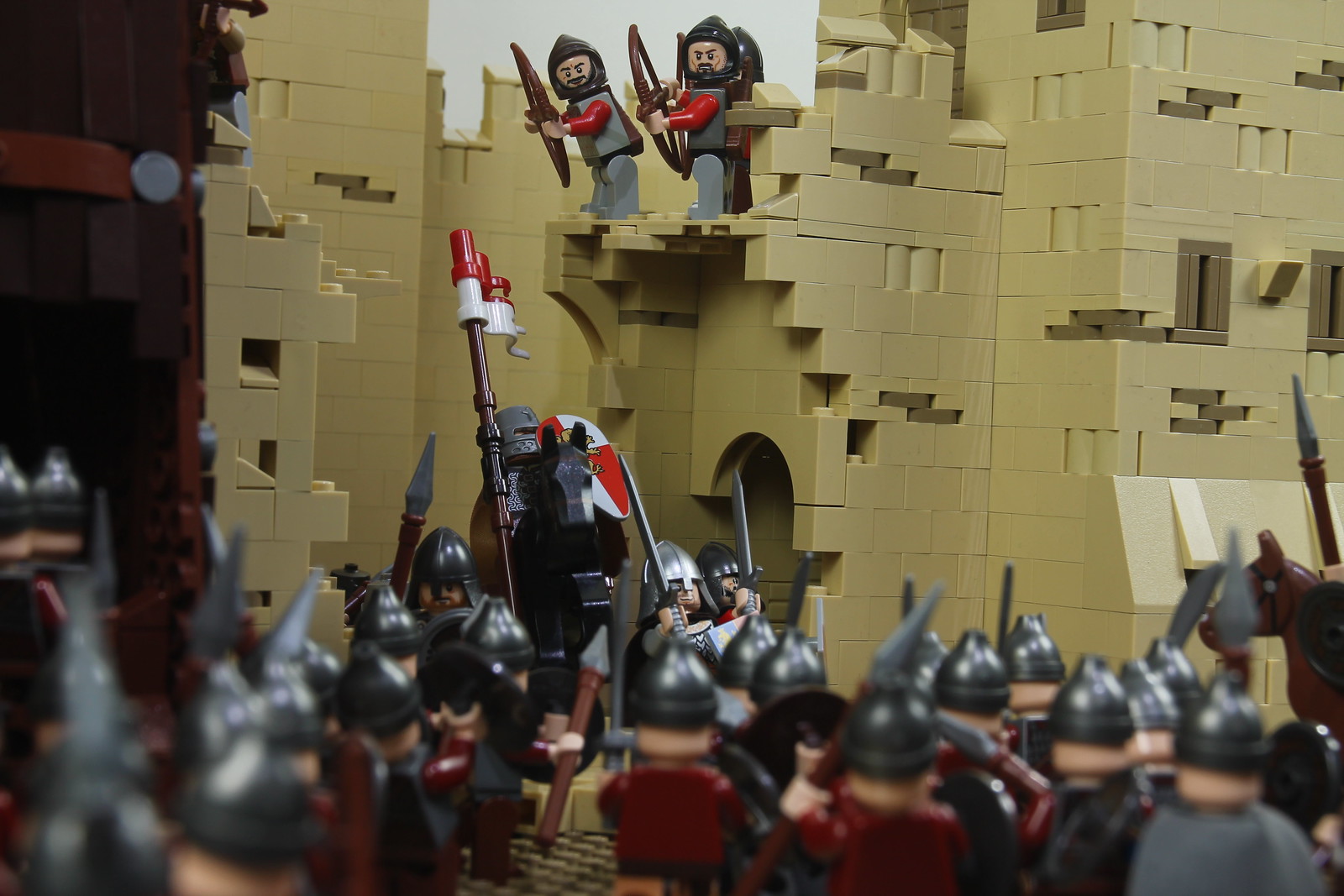 As brave as these Crusaders might be, I don’t think they stand a chance against Saladin’s forces.