If you gotta catch ’em all, then you gotta get Charizard. The final stage of the fire-lizard Pokémon, this LEGO Charizard is seen flexing his muscles as depicted by builder nobu_tary. 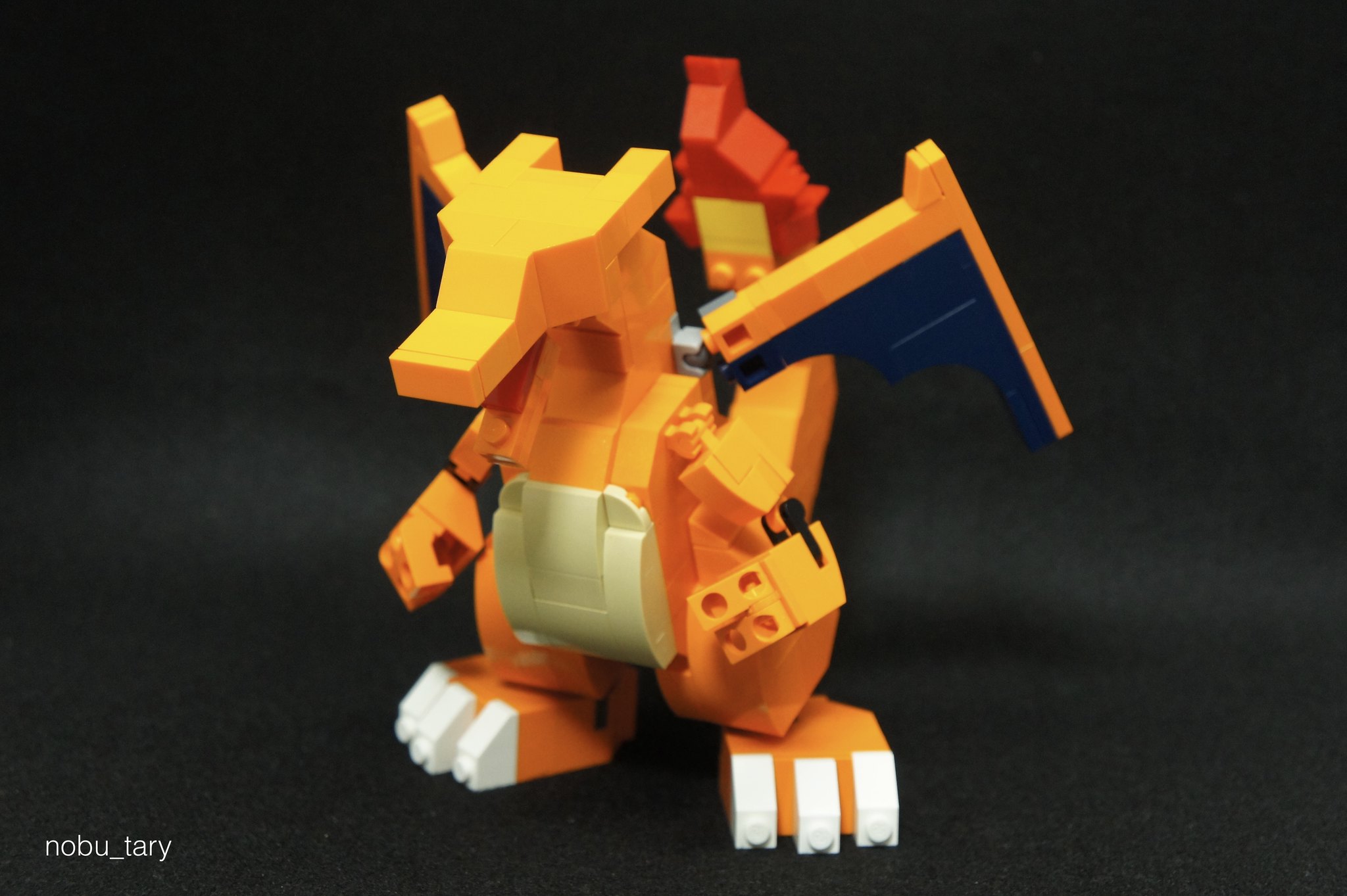 Nobu_tary is well known for their craftsmanship of animals and birds in LEGO form, as well as objects and characters from Japanese culture. Charizard is another testament to their skill with bricks, using a minimalist method to capture defining features without having to cram in every detail. Yet here, every edge and corner is perfectly fitting of the mighty dragon Pokémon. The use of orange minifigure legs is an example of that: you don’t see claws exactly, but you know they’re there.

I’m also really digging the flaming tail that is characteristic of Charizard. By using a few random red sloped bricks, nobu_tary is able to quickly convey the sense of fire without having to use flame bricks. You get the same experience with Charizard’s head. No eyes, yet its still obvious who this Pokémon is.

If you’re struggling to build a highly detailed LEGO animal or robot, I have good news for you: don’t. Nobu_tary is proof that less is more. Also, if you haven’t seen nobu_tary’s parody of the Year of the Ox LEGO set, you should. It’s hilarious.