Judging from the trailers, it seems Doctor Strange is playing a big role in the upcoming Spider-Man: No Way Home (which premiered this past weekend and we’ll avoid spoiling here). And after that, the Sorcerer Supreme won’t have very much downtime as the second movie in his franchise, Dr. Strange in the Multiverse of Madness, will be hitting theaters early next year. There’s not a ton of information officially released about the plot of that movie so far and the trailer is a bit cryptic, but let’s see what we can deduce about it from taking a look at its tie-in LEGO set, 76205 Gargantos Showdown. This 264-piece set will be available January 1st for US $29.99 | CAN $39.99 | UK £24.99. 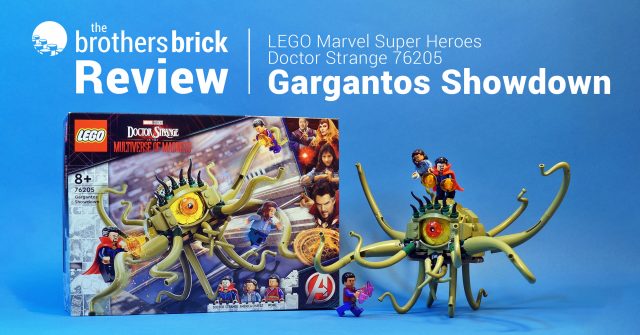 As the movie this set is based on hasn’t released yet, this article may contain very light spoilers.