A week ago we had a reveal of the complete lineup of the characters from the upcoming Collectible Minifigure Series 23, and today LEGO has just released images that give us a closer look at each individual figure. 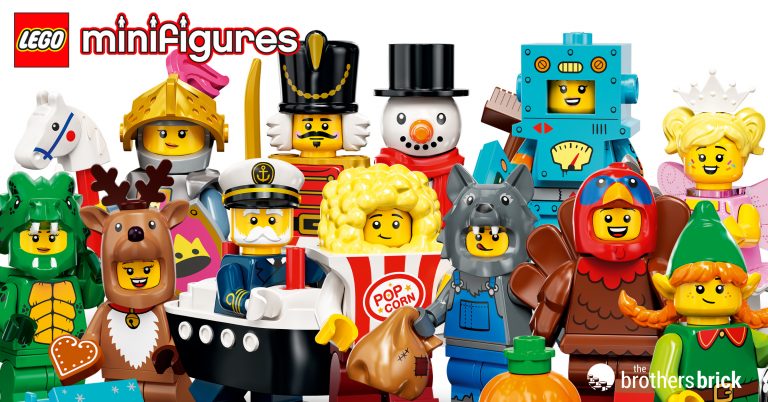 The blind packs come in a bright orange theme and feature 8 of the 12 characters. 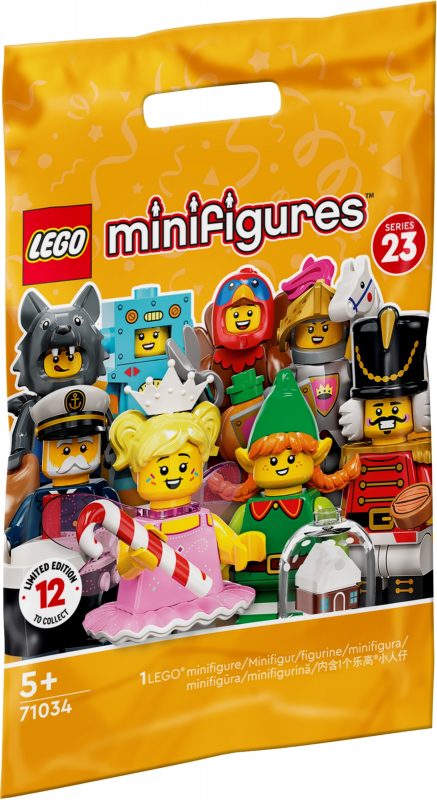 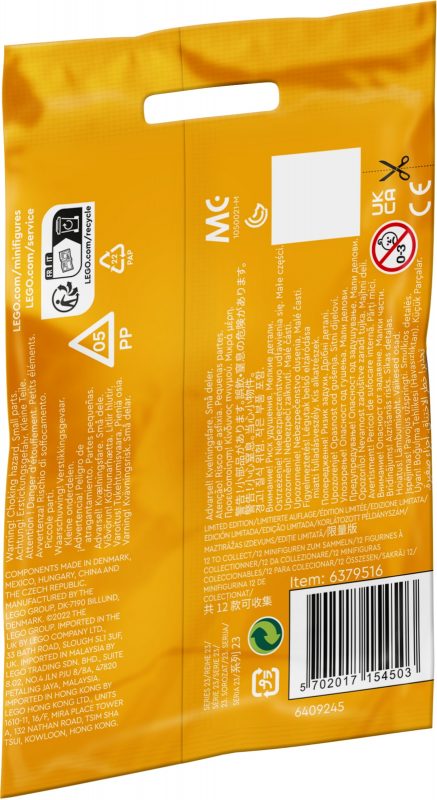 The figure features a female character with a pair of scissors and a 2×2 printed tile featuring a display control with buttons in a bulky cardboard costume. 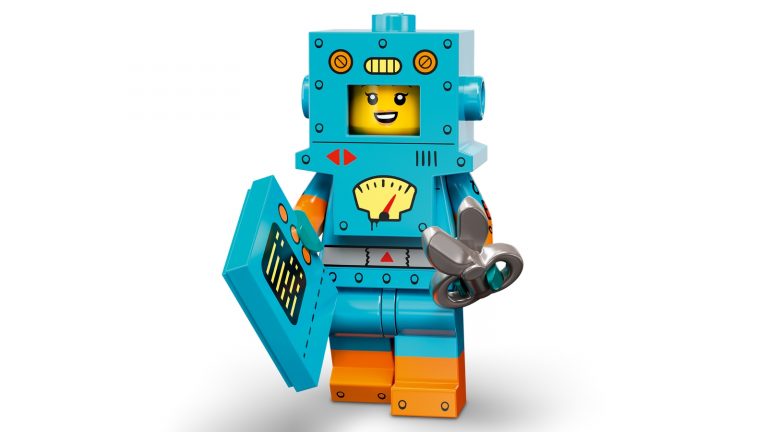 The figure comes with a miniature ferry as part of the costume and a bearded captain with a moustache befitting the character. 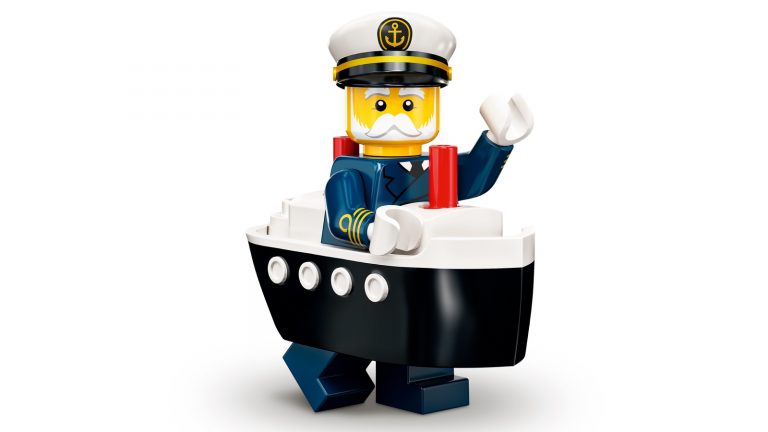 The figure features a female character in a reindeer costume with antlers and a gift box with a heart-shaped cookie. 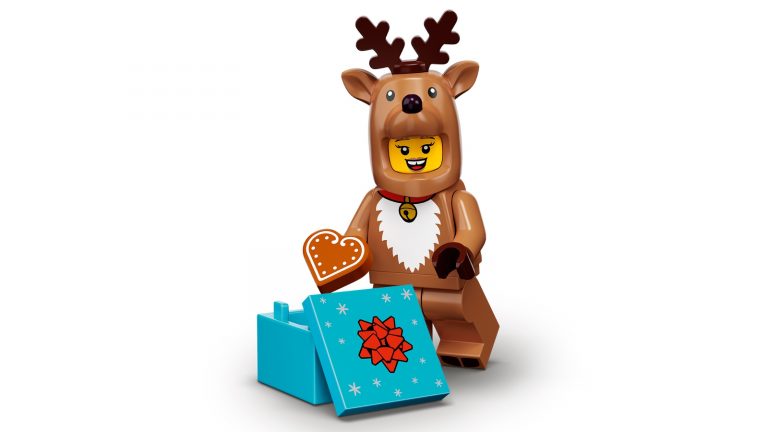 The winged green dragon costume features a female character that will pair well with the Red Dragon Suit Guy from Series 18. 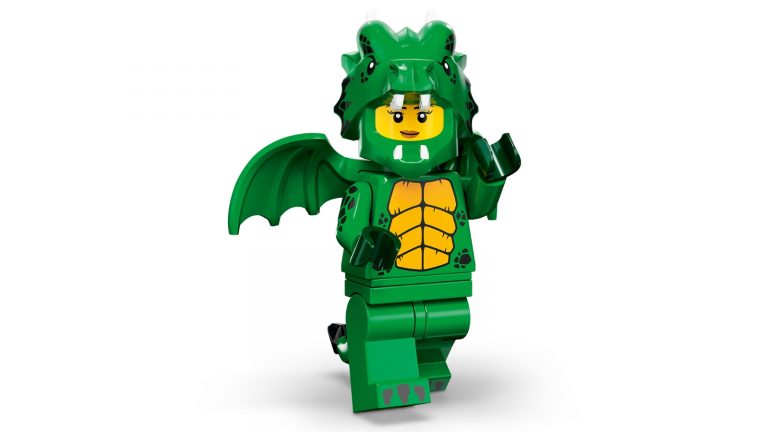 The boy in the wolf costume dons warn-down blue overalls and weilds a brown sack. 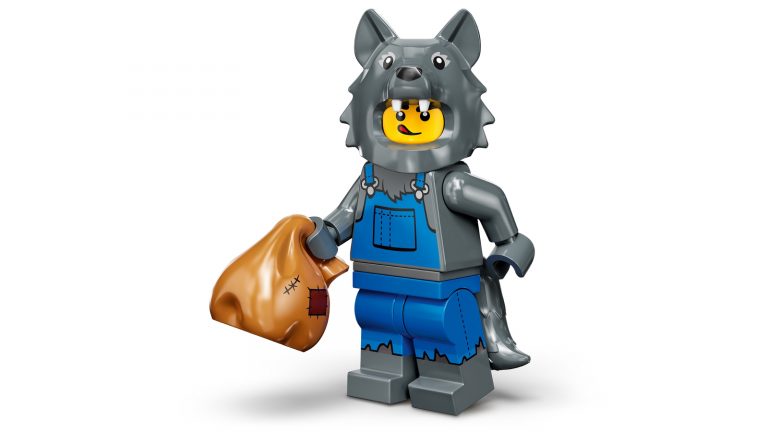 The minifigure features a kid with a headpiece of buttered popcorn and a body part in the shape of a popcorn box. 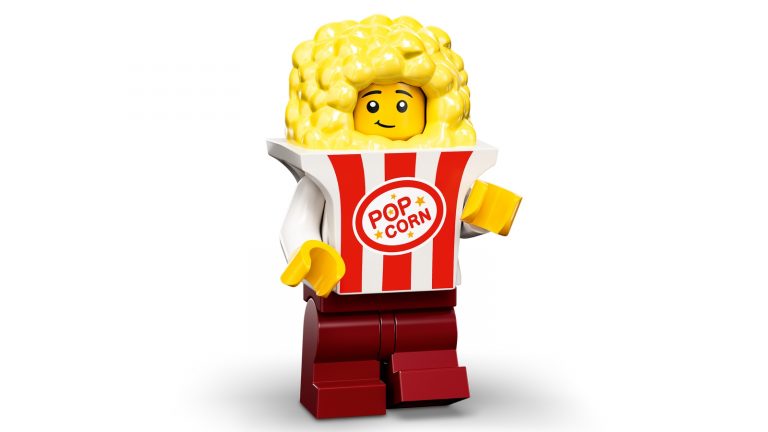 The turkey minifigure characters feature a bright red headpiece and a fanned-out tail with a pumpkin accessory. 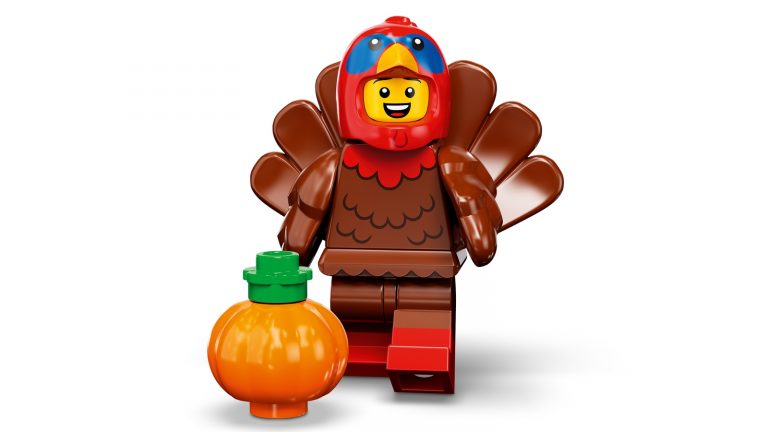 A female Christmas elf fashioned with two ponytails in a green outfit and a miniature house in a snow-globe-like accessory. 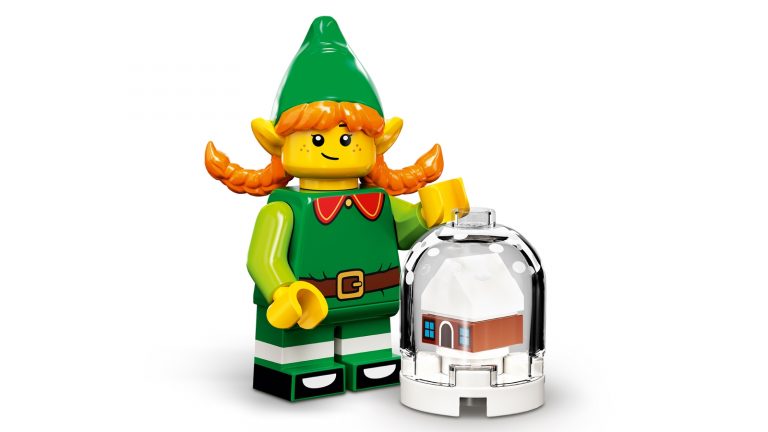 Knight of the Yellow Castle

A female knight wielding a shield printed with a yellow crown and a stick horse as an additional accessory. 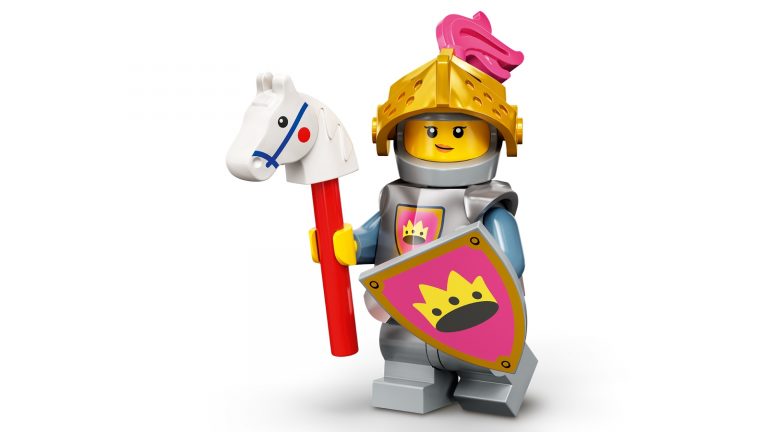 The nutcracker wields a sword and a 1×1 round printed tile featuring a printed nut. 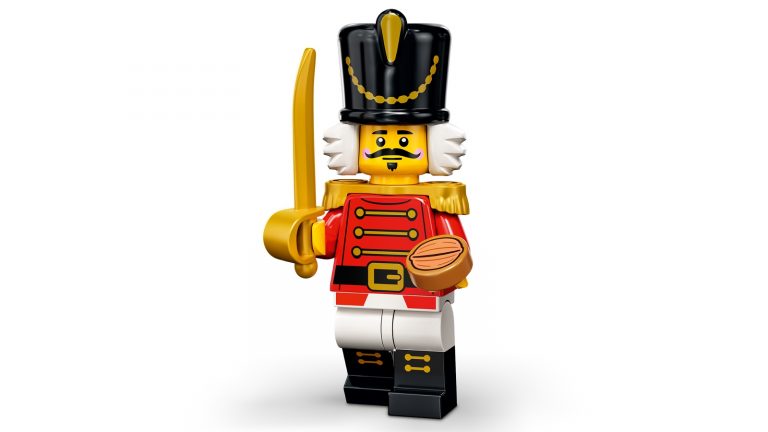 The snowman minifigure features a rounded headpiece with a black top hat, broom and a red scarf. 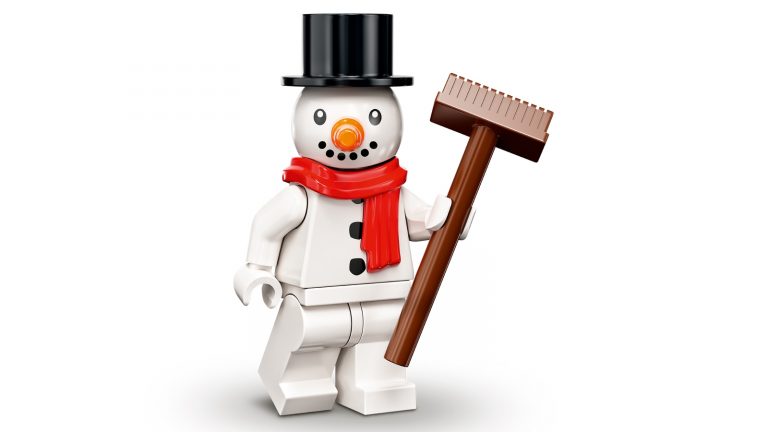 The sugar fairy character wears a crown, a pink outfit with wings and a candy cane. 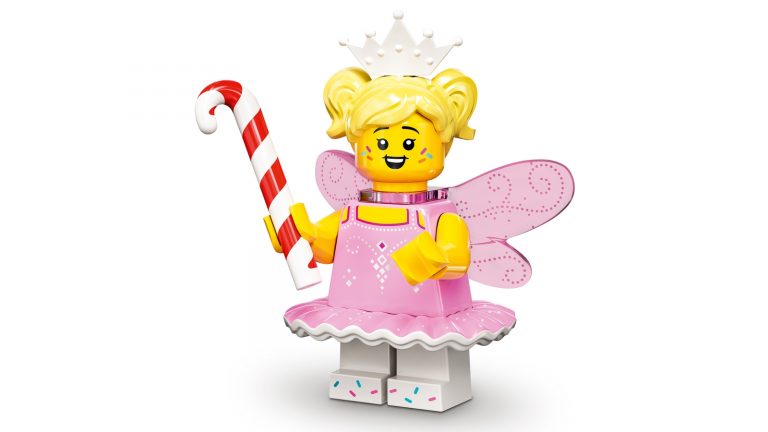 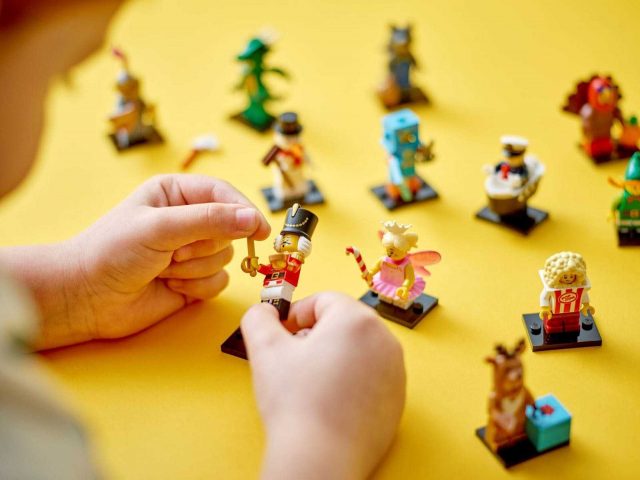 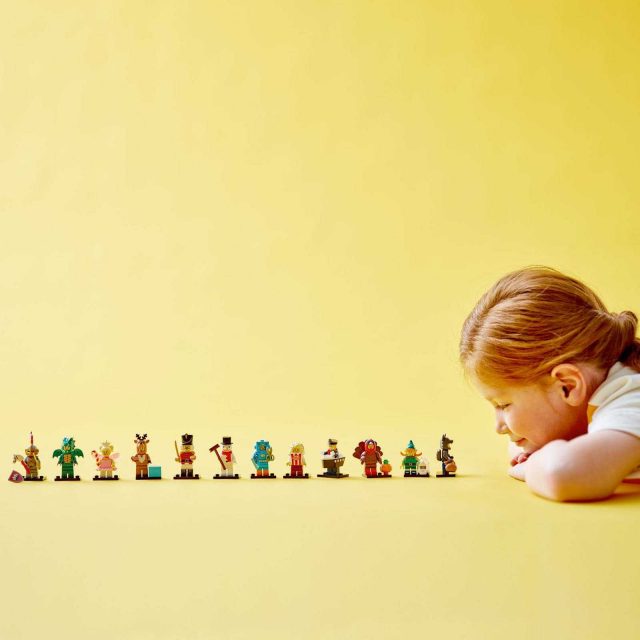 Can’t get enough of the minifigures? Check out a few of our past reviews of this popular LEGO theme