Back at it again with another fantastic figure, Builder Eero Okkonen makes use of some interesting parts from Monkie Kid’s new Galactic Explorer. After watching the Moon Knight finale, this seems like an ancient Egyptian hero in the modern era. Just imagine him strutting up to a bad guy, dropping that boom box, hitting play, and kicking butt in step with the power of the gods. 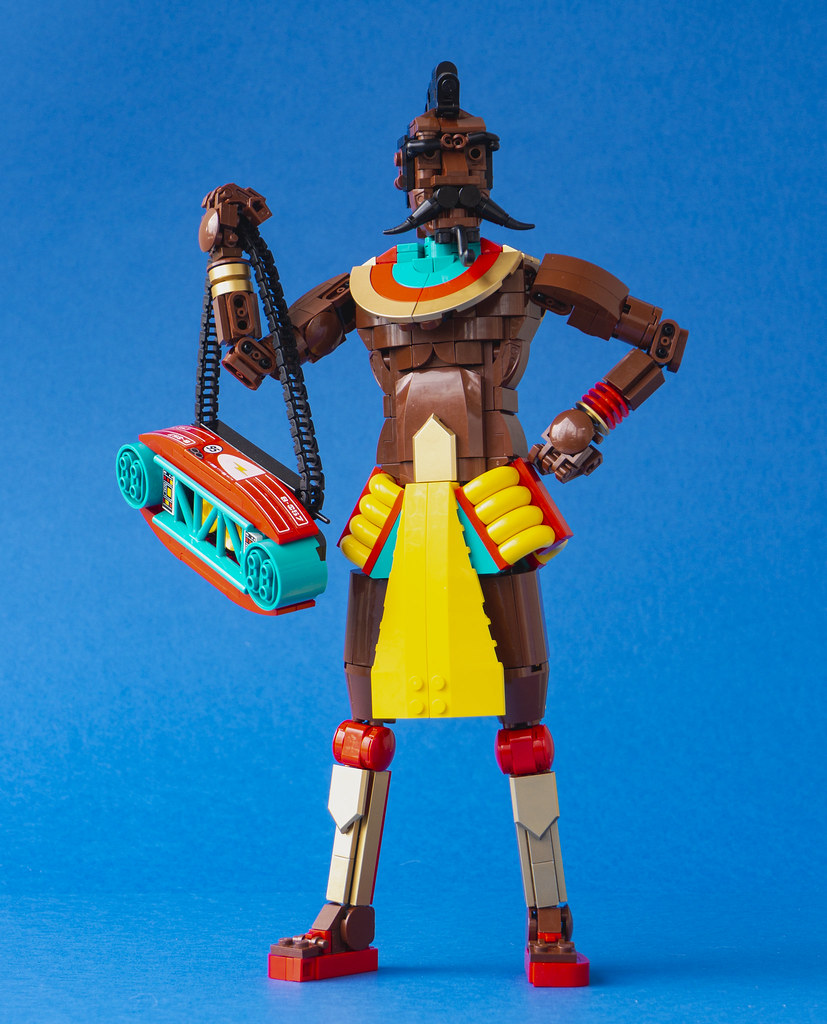 The builder’s excellent techniques and inventive part usage make for a perfectly poseable figure worthy of praise. A monkey tail beard pairs well with a thick mustache and mohawk. Red 3×3 macaroni tiles pair with a 4×4 gold sibling tile to make a lovely collar. The newly recolored teal tipper end makes for a perfect base part for Agra’s belt, an element that shares some similarities with one of Eero’s previous designs, Margibi. Eero says he’s proud of the sandalled feet and how simplistic they are despite how good they look. Less is more sometimes. 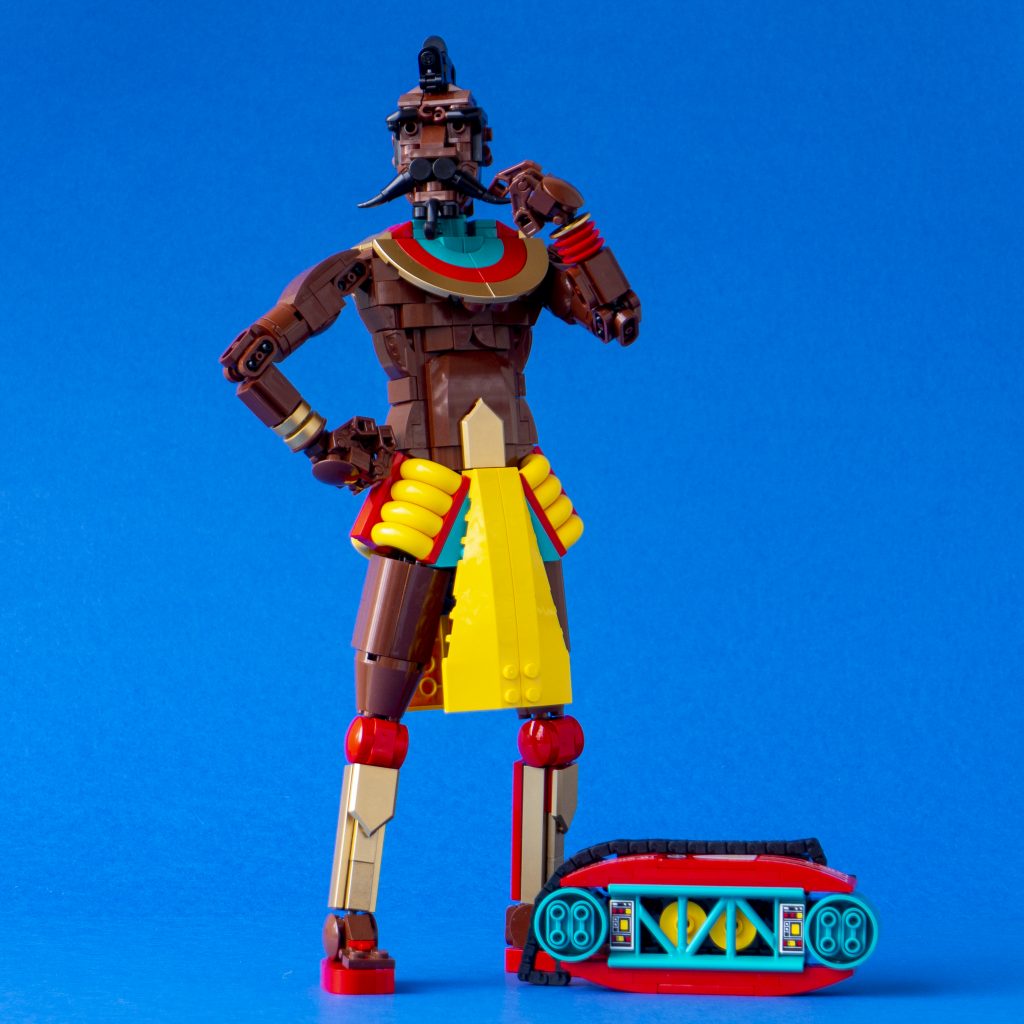 Much of the clothing is repeated around the back. I imagine the red 1×6 plates on the backs of his legs are a collection of threads for the golden shinstraps Agra sports. His back has some interesting shaping, almost looking like abs. Muscles are hard to pull of with LEGO but despite this, Sunstriker still gives off some chill bodybuilder vibes. Of course, that boombox has to be mentioned. Using the new teal rollercoaster tracks and a few other choice parts, its heavy-duty build ensures it can take a beating and still keep bumping the base. The new control panel prints also fit perfectly with Agra’s retro-future vibes. 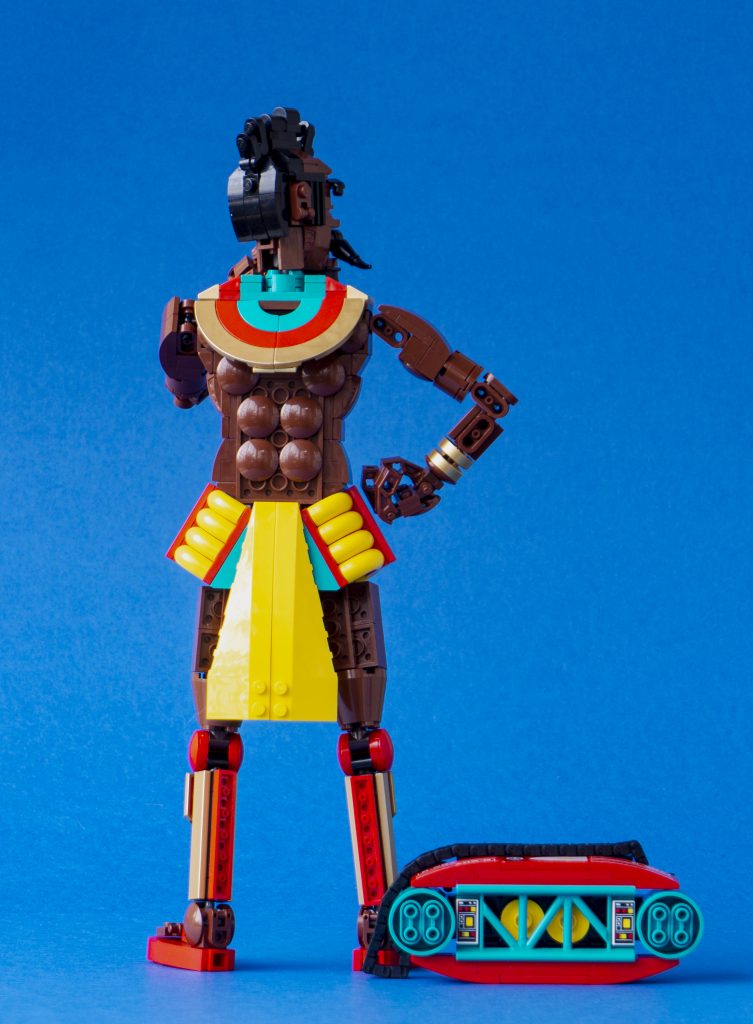