One of the challenges of moving to Finland for me has been picking up the language – I am finding it rather difficult to get my head around it. One of the suggestions that has been put to me is to watch children’s TV shows, and after seeing this build by Mikael Montelius (Gonkius), I may have found one to do just that! This adorable character is called Bobbo, and is one of six characters in the educational show Babblarna (‘the Babblers’). It’s originally a Swedish show, but does apparently have versions in Finnish, as well as English, German and Norwegian. Bobbo here is a high-energy character with an occasionally fiery temper. He also likes to dance, and Mikael has captured him mid-boogie! The red windscreen pieces are the perfect choice to capture his circular shape, and the half-circle tile used for his tooth, along with the eye tiles, gives him oodles of character. 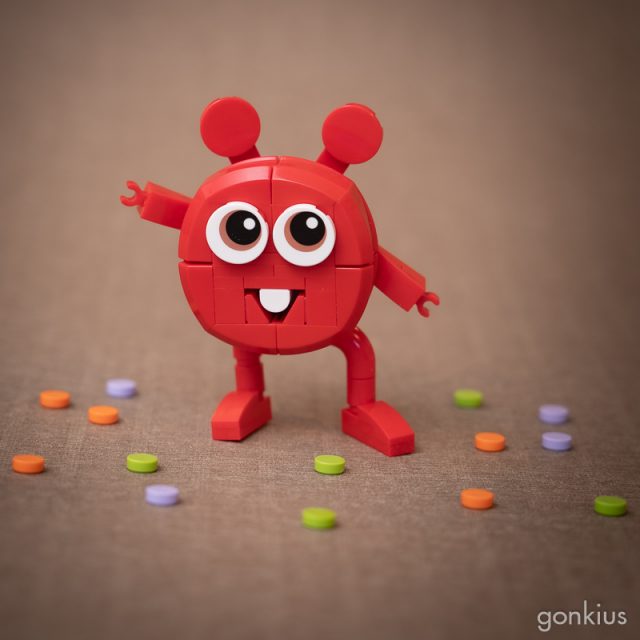