Readers of the Lord of the Rings trilogy can usually point out the differences between the movies and books. Four builds into the first of six installments, builder Thorsten Bonsch represents the book over the movie for this set design. Most notably is the inclusion of the curtains that Gandalf draws before picking up the ring. Minifigure hook hands were used as curtain rings which took a little bit of care since those elements can’t be “clipped” on but have to be slid on from the side. There is a wealth of other techniques displayed from the bucket handles used as a fire-dog to the textured stone fireplace. Loose tiles in the angular wooden floor or lining the round window illustrate staple methods builders employ for added realism. The base frames the scene while also hiding the thickness of the angled tile technique Bonsch uses. The added framing behind the tan wall also provides space for Samwise’s floating head framed amongst the foliage with a furrowed brow. 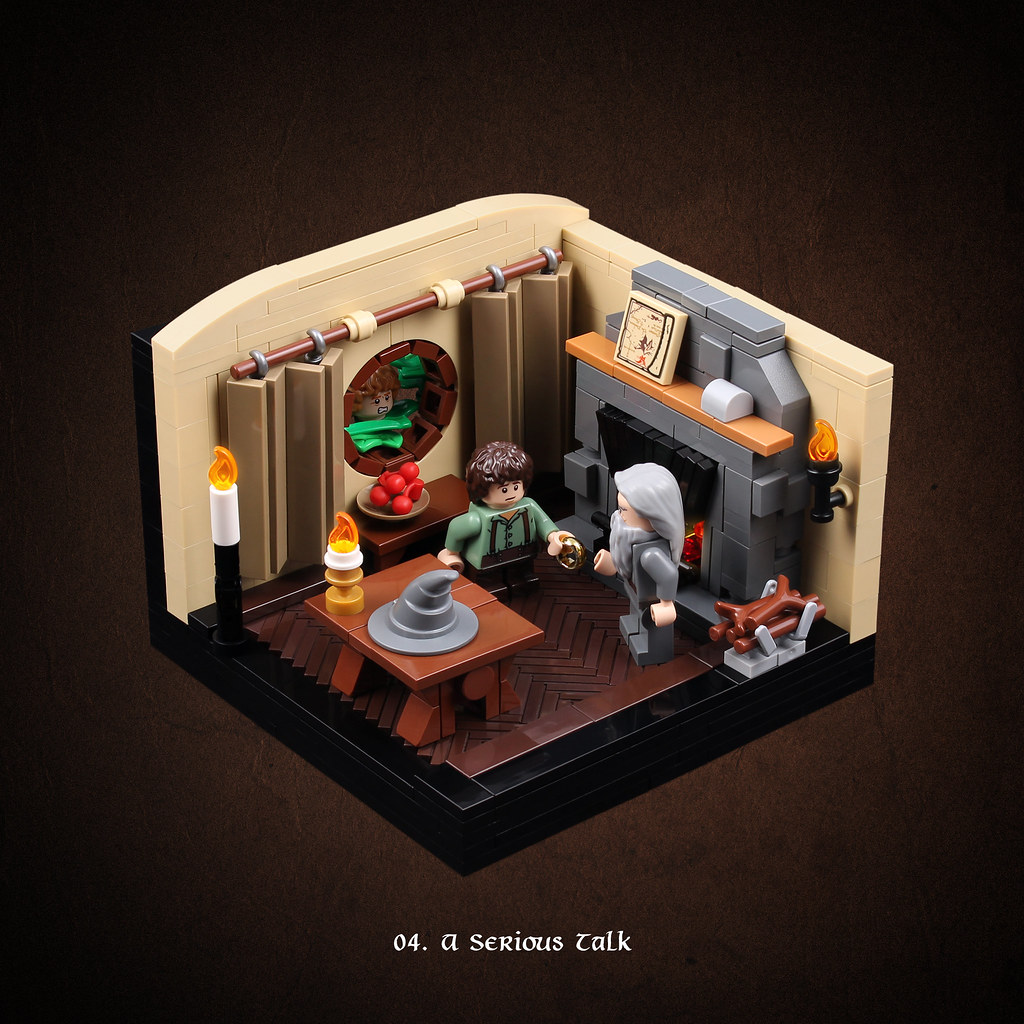 After telling the story of The Hobbit through 43 different displays with tons of unique techniques and iconic scenes, Thorsten decided to take on the massive project of its sequel series with the help of some yet-to-be-announced builders. We’ll have to wait to see who all is involved since Bonsch won’t be announcing his successor in the series until the end of his contribution.