Usually the little bricks we all love are solid and sturdy. LEGO builder hotdog_waffles, or Dano, thought he would remind us that isn’t true for bricks of every color. Fun fact, a classic 2×2 Brick can withstand over 4,000 Newtons of force. For those non-physicists out there, that’s like a horse putting all of its weight on one of your toes. Not a good day. But if that 2×2 brick (or practically any other) is made of this specific brown, that integrity goes down the drain. Most builders are quite familiar with the Curse of Reddish Brown and the pieces’ tendency to break. And they won’t just break, they shatter under the most common of circumstances. So since teal and red got their turn as buildable bricks, Dano thought it apt to give reddish brown a turn using all of their broken pieces. After all, this is most likely how it would turn out if LEGO had done this in the past. 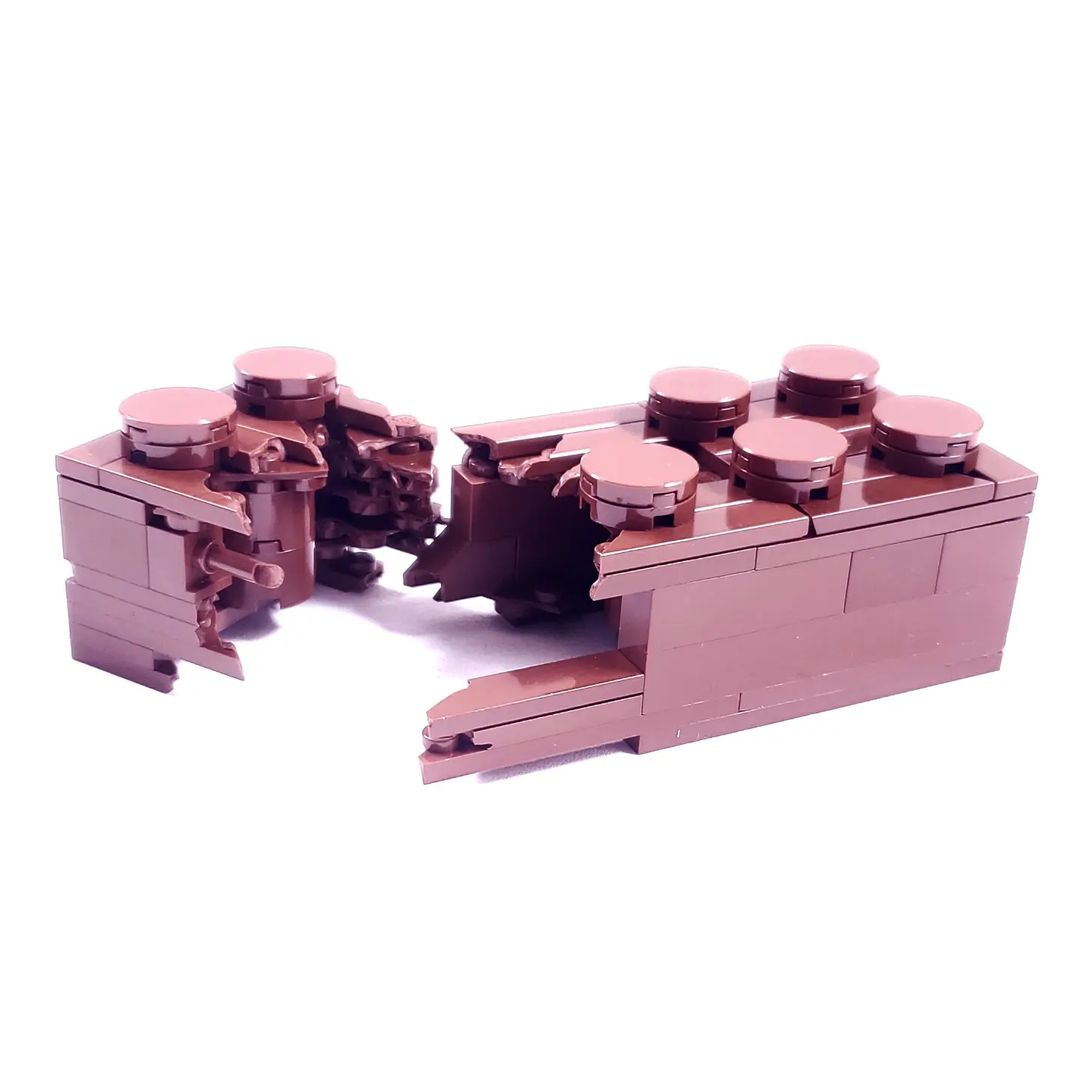 There are plenty of ways to integrate these broken pieces into your own builds. Whether they’re “legal” or not depends on your opinion, really. Mostly, they’re great for texture or effects like this. Honestly, going with the buildable brick was probably the best way to highlight the tragic story of reddish brown pieces. One day, perhaps, it will not forsake us so. In fact, LEGO has acknowledged the reddish brown issue publicly and says they’ve fixed it. So maybe one day we’ll get a whole series of buildable bricks!