The Majestic Tiger set has been a quick favorite amongst LEGO fans since it was released this year. Aptly, this Chinese New Year will mark the Year of the Tiger within the Chinese calendar and Builder Ian Hou is ready to celebrate. Just like last year, Ian brings us the coming Zodiac animal in brick form with a fantastic level of realism. While LEGO’s version is articulated, the builder chose to portray this large, muscular feline in the middle of a biiiiiiiiig stretch. Unlike your cat, Count Mustard von Smittenstein, this kitty’s claws will do some real damage if they come out. One thing is certain, you’d be happy when that tail went down because, just like on the official set, the builder was…very detailed. 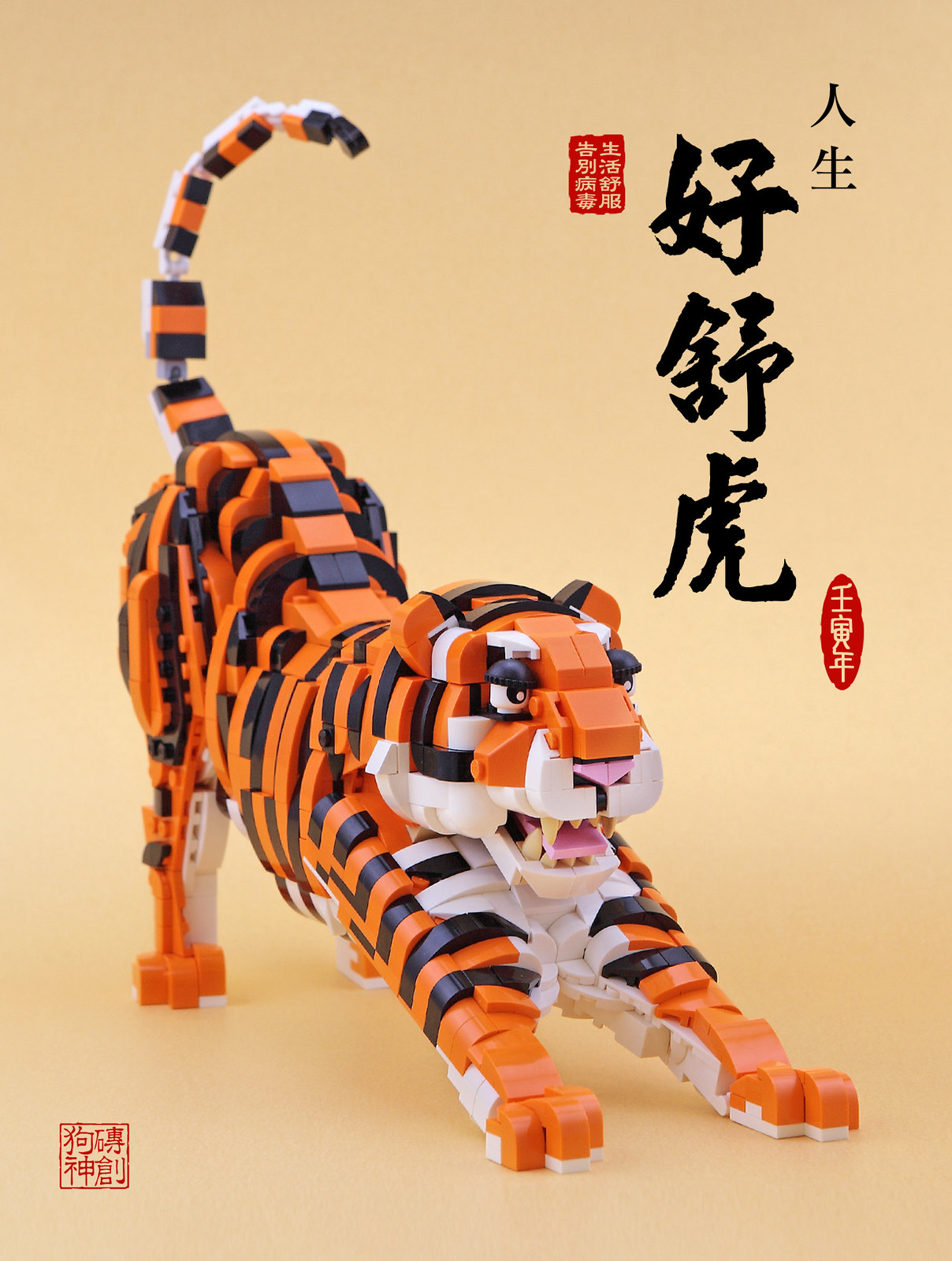 This creation is full of clever parts usage. Right away, the minifigure heads used as eyes, with knit caps for eyebrows. The tiger’s head is built at the perfect scale for these and the rest of the big cat’s face matches just right. A slew of techniques are used to capture the shape of this beloved but terrifying creature’s face, down to the nose and nubby ears. Yellowish teeth and a pink tongue slightly sticking out add just a little more immersion into the cat’s pose. 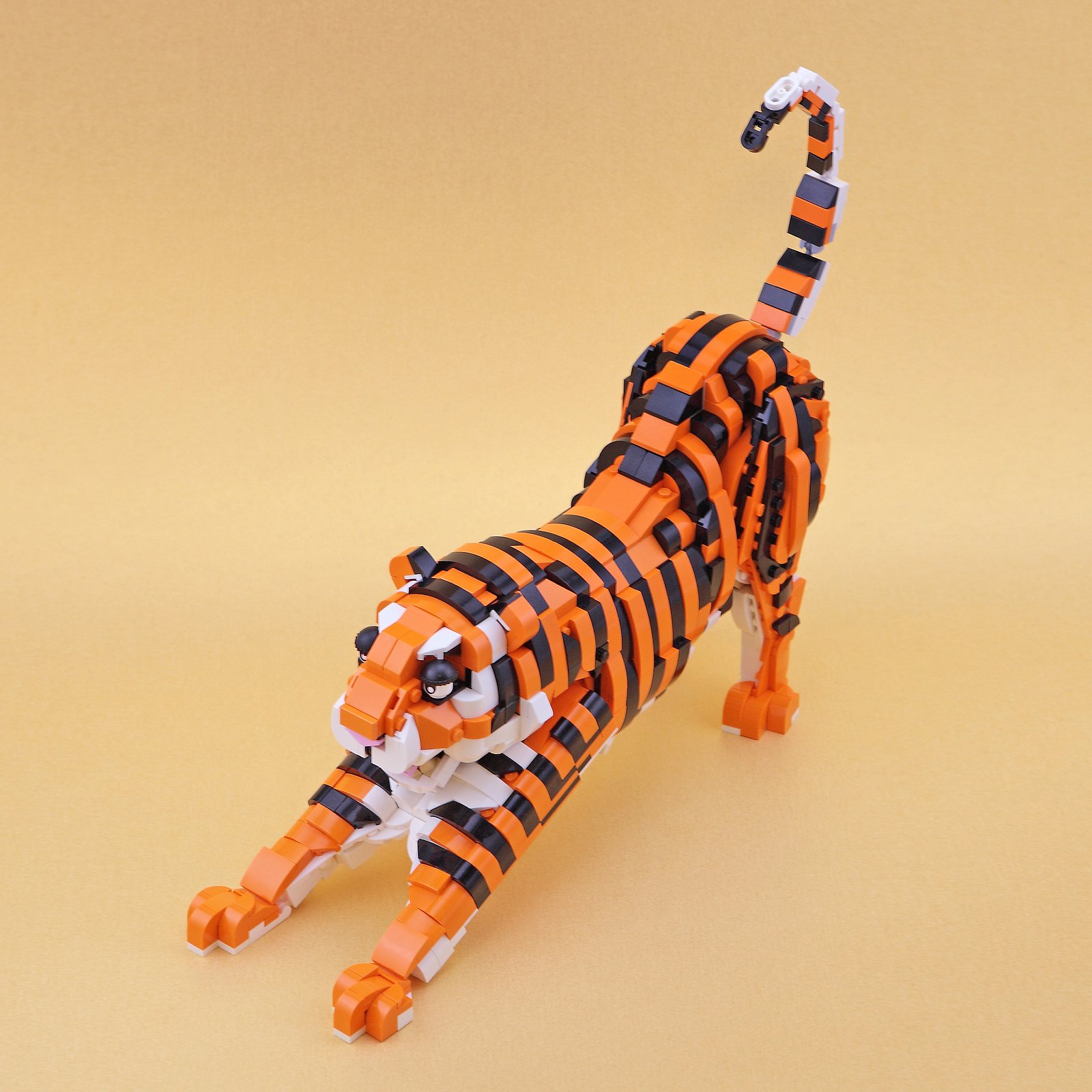 The builder’s focus on realism made the cat’s musculature a major inspiration. The layers of slopes along the stripes are meant to mimic the sinewy muscles of this apex predator. This pose is a great way to show them off as the big boy gets comfortable while stretching out. His long tail arcs above his big rump, continuing the white color scheme the builder held throughout. The benefit of this static pose is the ability to make a continued, unbroken color-scheme which Ian really pulled off. 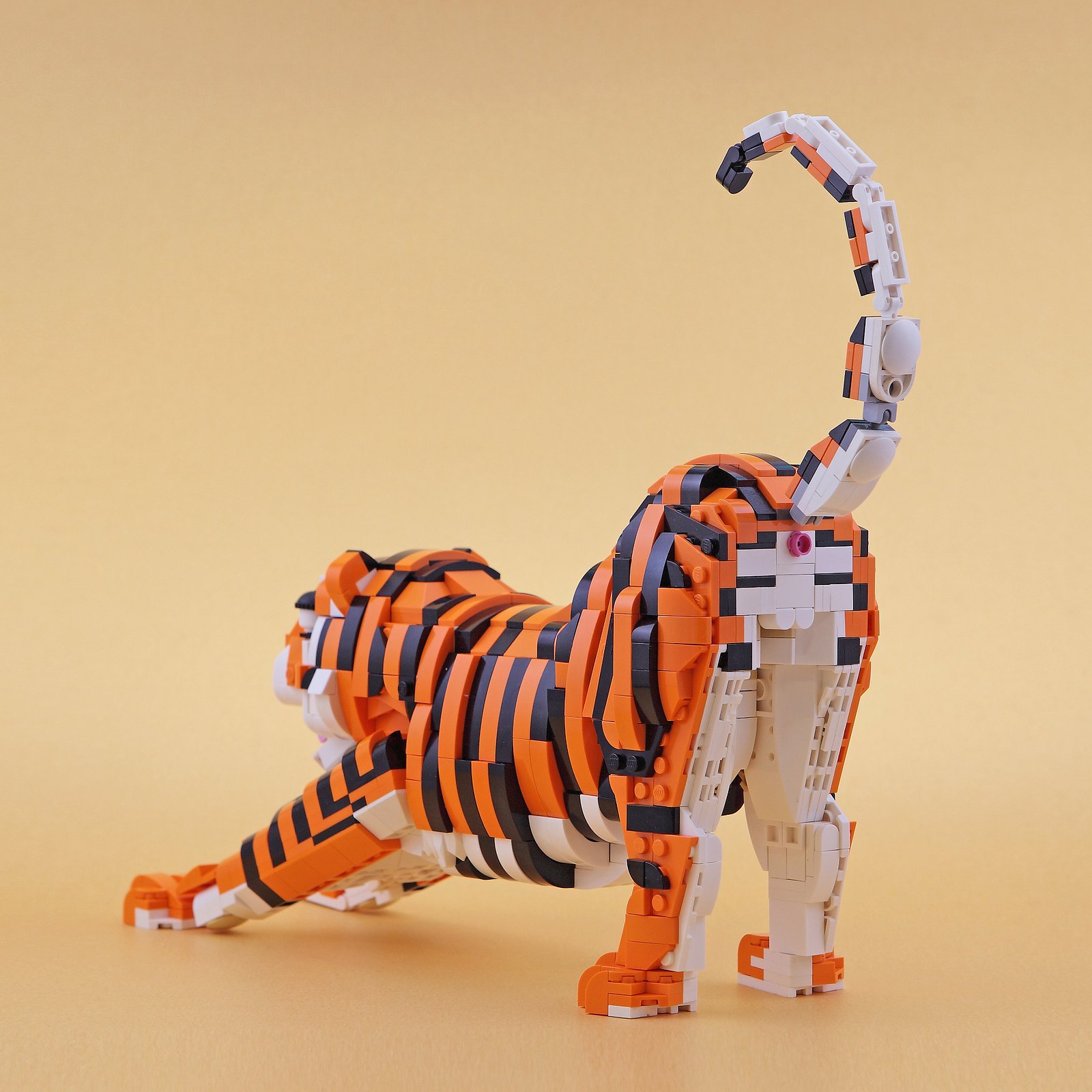 No big surprise to anyone, perhaps the most endearing part of both the LEGO Tiger and Builder Ian Hou’s is the anatomical use of the pink flower piece. Ian may have taken it a step further but it only adds to the humor, in my opinion.

3 comments on “The year of Big Cat Energy”