The kingdoms and castles built by fans have provided its many factions a stable home since the last Castle-themed sets were retired. Builder Dale Harris provides two such fortresses in this massive build, complete with lush scenery. Inspired by the original sets including the Forestmen and the Black Falcons, this model is a blend of childhood nostalgia and adult builder expertise. Named for the two factions that call the area home, this had to take a massive amount of planning. 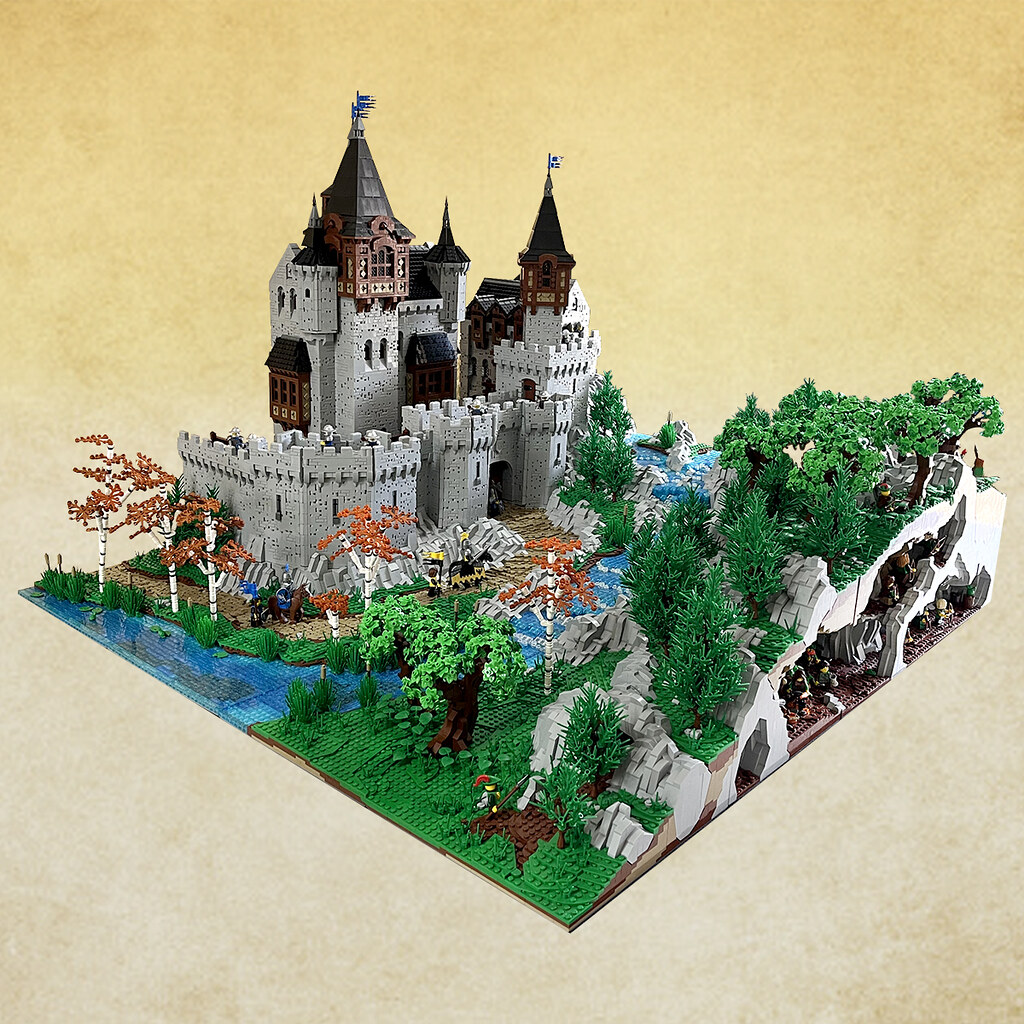 As you can see from this perspective, there’s quite a lot to the tunnels beneath the hills by the castle. I love the layering of soil, clay, and stone that Dale worked into the cutaway. The different trees that he worked into the build also fill it out wonderfully. It’s honestly hard to focus on one detail for too long because I keep getting drawn to another aspect. The caverns seem to keep going, almost magically, leading up to what seems to be the treasure room. 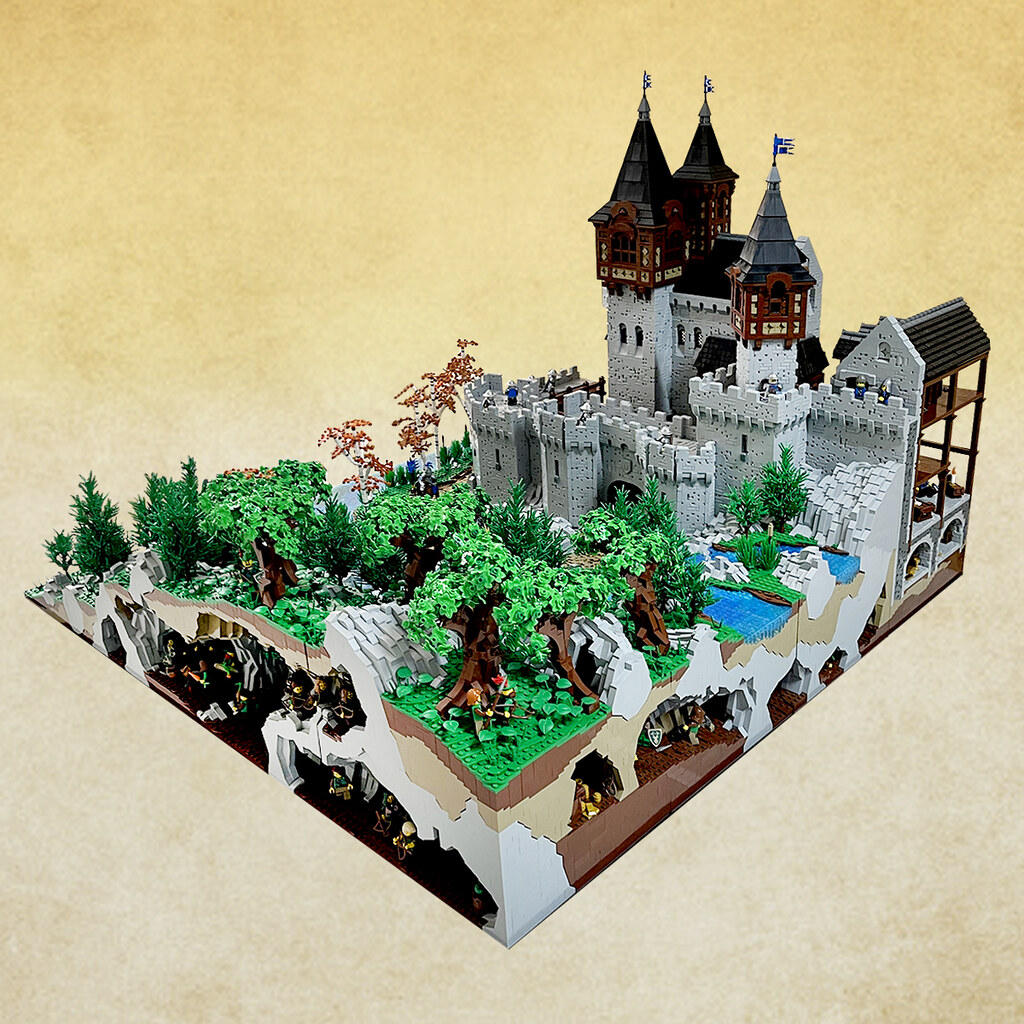 By the looks of things, it’s not very likely that it’s actually much of a Fortress unless the Black Falcons and Forestmen work together to defend the region. The caverns are filled with archers and soldiers meandering about, feasting, or perhaps preparing for an attack? There are definitely some benefits to having some men hidden in them there hills, as long as they’re on your side, but these fellows are getting too close to the treasure room for comfort. 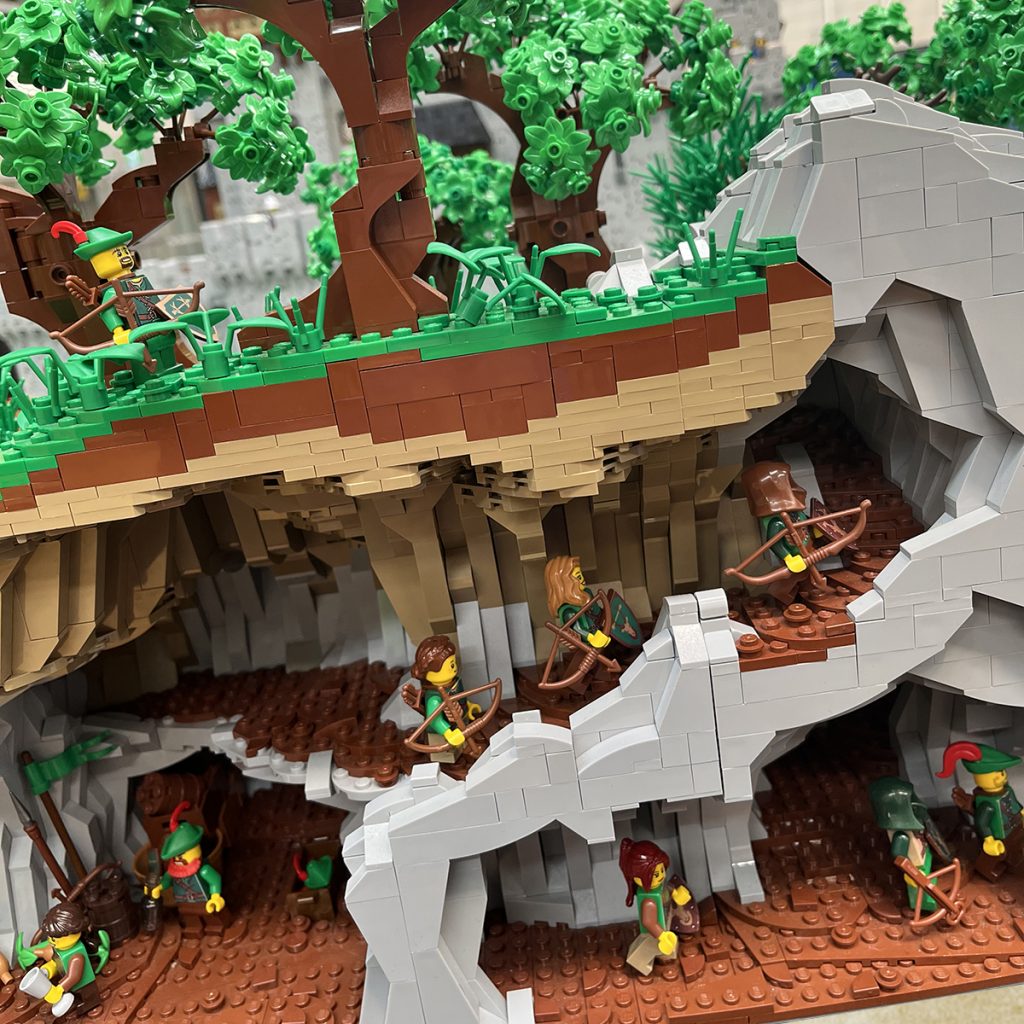 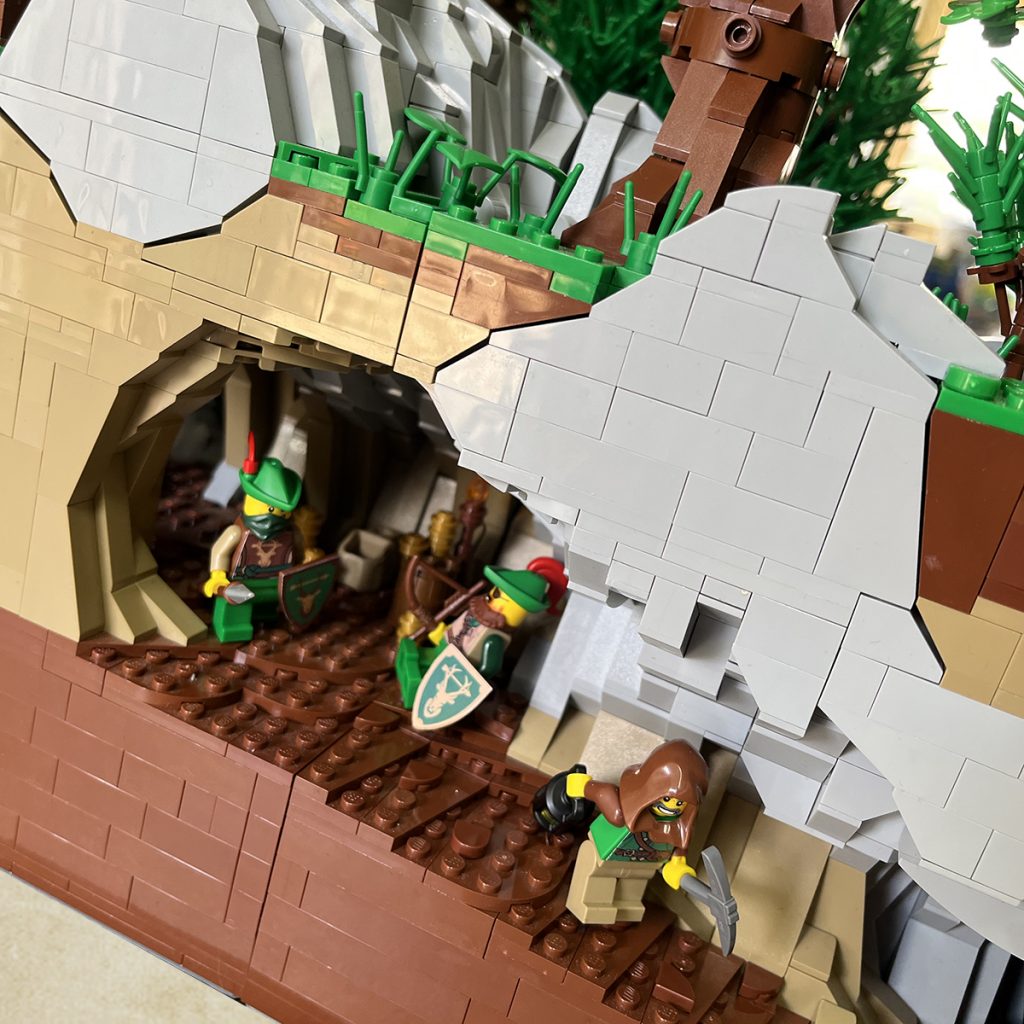 Just like the cutaway revealing the interior of the Forestmen’s secret lair, this corner gives you an equally revealing look inside the Falkenholt Fortress. Again, the layering of details within the scenery is a clever method of immersion for the cutaway display. Though we don’t get a good inside of some of the towers, the consistent pattern of bricks and architectural techniques really drive home the realism throughout the build. 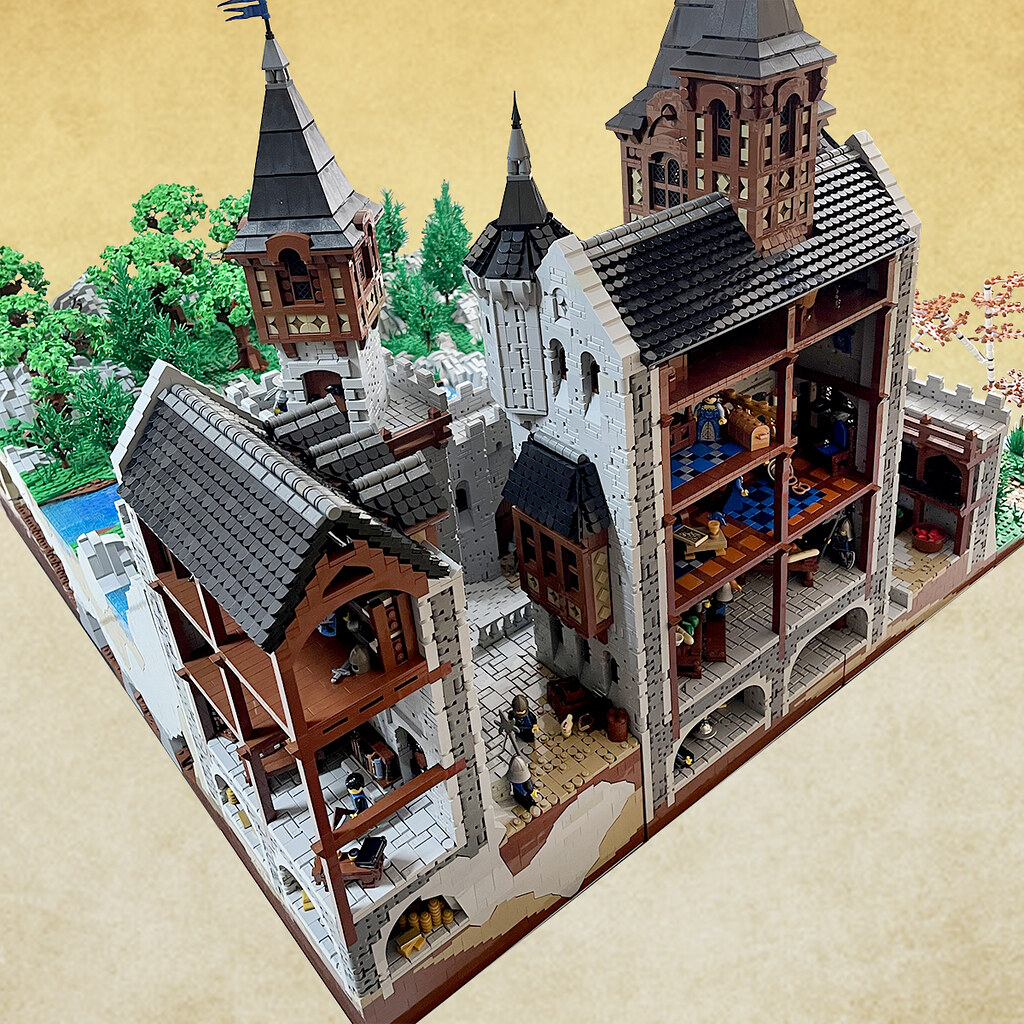 From feasting halls and royal chambers to barracks and cellars, the citizens of the Falkenholt have plenty of space to spread out. Yet again, the detail and realism hold true with the wooden framework for the interiors of the buildings. 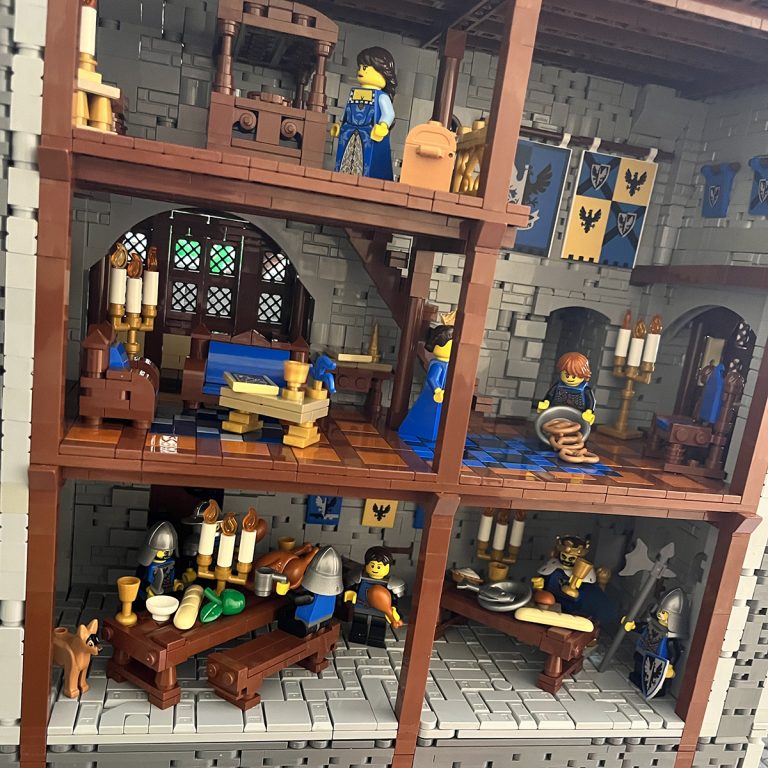 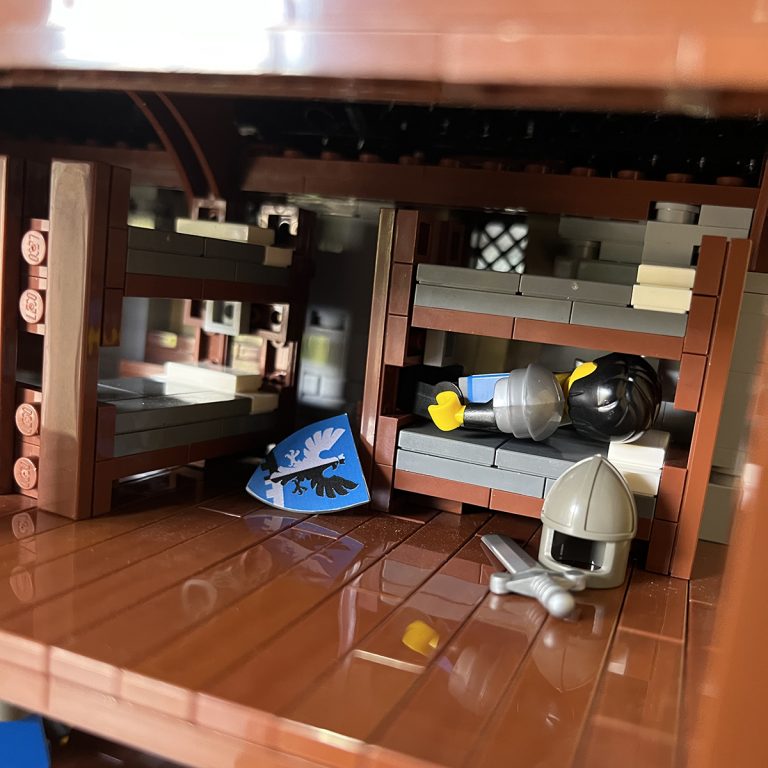 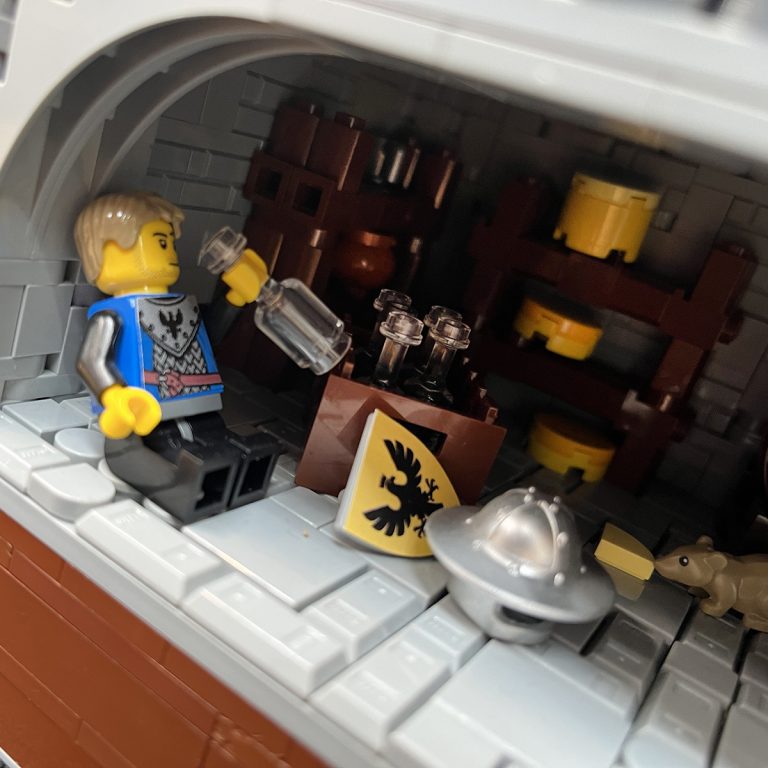 As we wait to hear from LEGO about which theme they’ll choose for their 90th anniversary, Castle fans can rejoice in nostalgia-filled builds like this. This builder really got the vibe right with this whole model, from the scenery to the method of display. It’s no big surprise, given Dale’s past work with themes like Classic Space and Fabuland. Truly a master, in my opinion.