For ten years, LEGO has celebrated grand opening events with delightful models of LEGO brand stores for lucky customers with qualifying purchases. While the last few versions have been minifigure scale, the original from 2012 was a stylish microscale model. This year’s update seems to be celebrating the anniversary of this concept by revisiting the design of the original. Qualifying customers at new store celebrations will receive the 40528 LEGO Brand Retail Store as a gift with purchases over US $125 | UK £125. No word on the limit for our Canadian friends yet but this should be available for new store openings in select locations worldwide after January 1st, 2022. Still, this 402-piece modern design features a larger floor plan than its predecessor and plenty of sets to catch your eye within a tiny package. Let’s take a tour around the building, shall we? 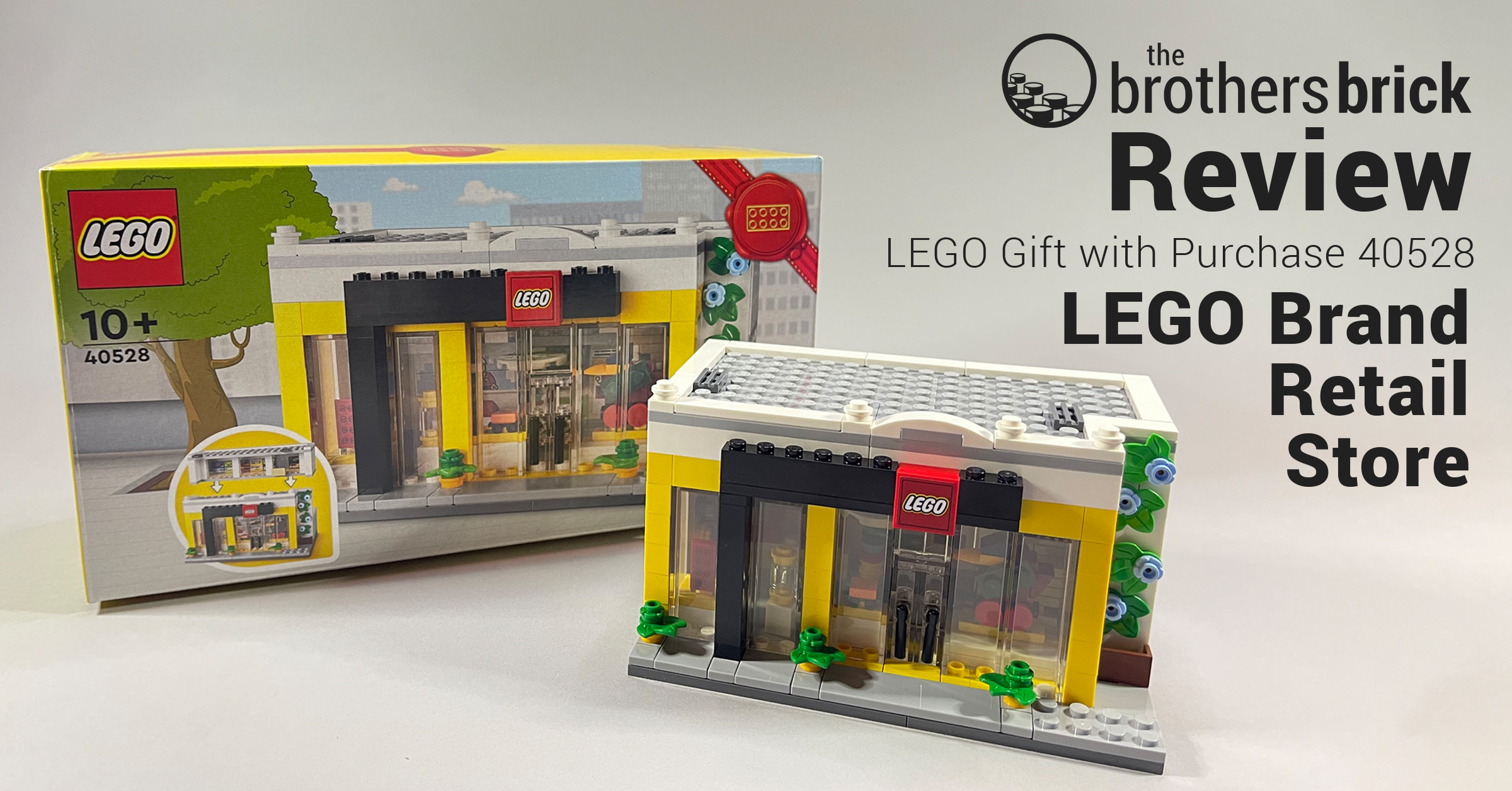 It’s easy to tell that this is a hefty gift with purchase right off the bat from the size and weight of the box. The front art imagines the store on a city street while a small inset clues you in on the main feature of the build. On the back is an opened-up view of the model with the detachable mezzanine section featured in an inset to show off all those stickered 1×2 tiles. Two insets below show off the stickered areas around the cash registers at the back of the store. 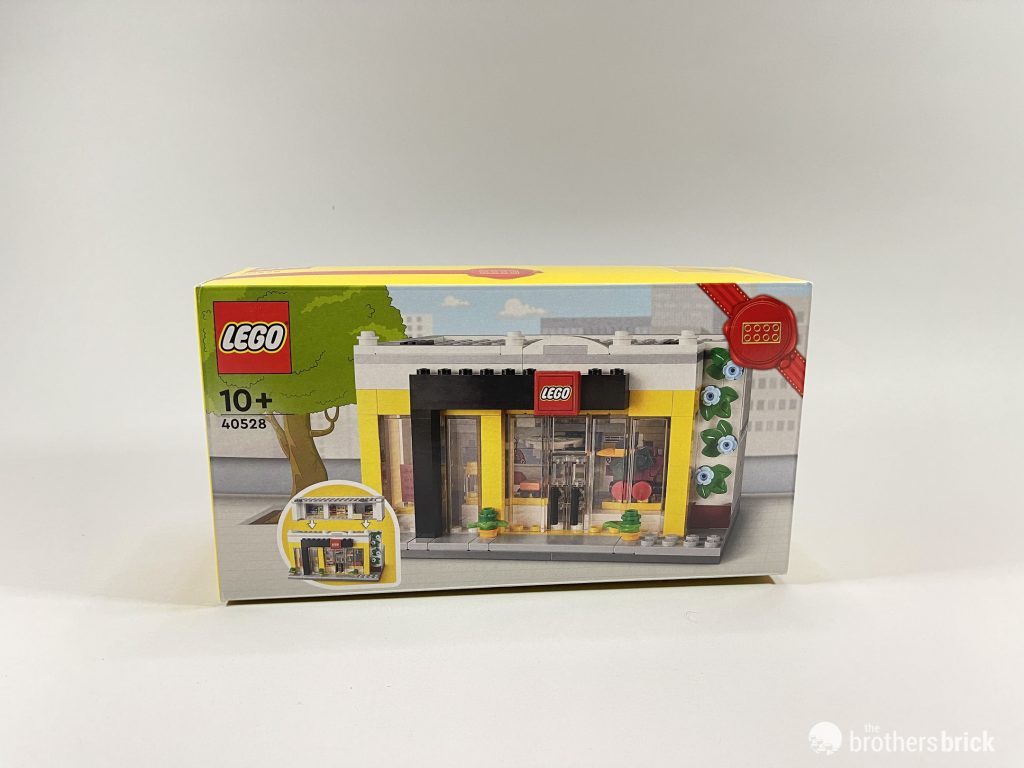 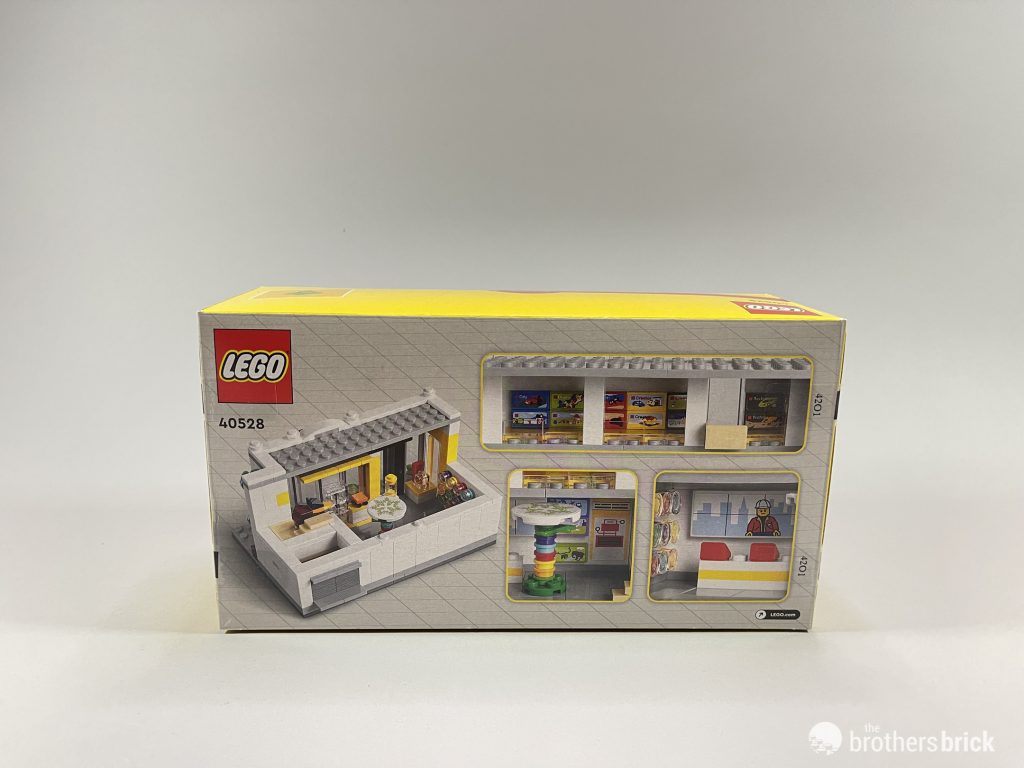 Inside is a treasure trove of unnumbered bags, the instructions, and a sticker sheet packed with tiny box art. The side of the box features the floor model of the iconic LEGO Wooden Duck. Considering this year is LEGO’s 90th anniversary, this micro-model might be another layer of celebration in this set. 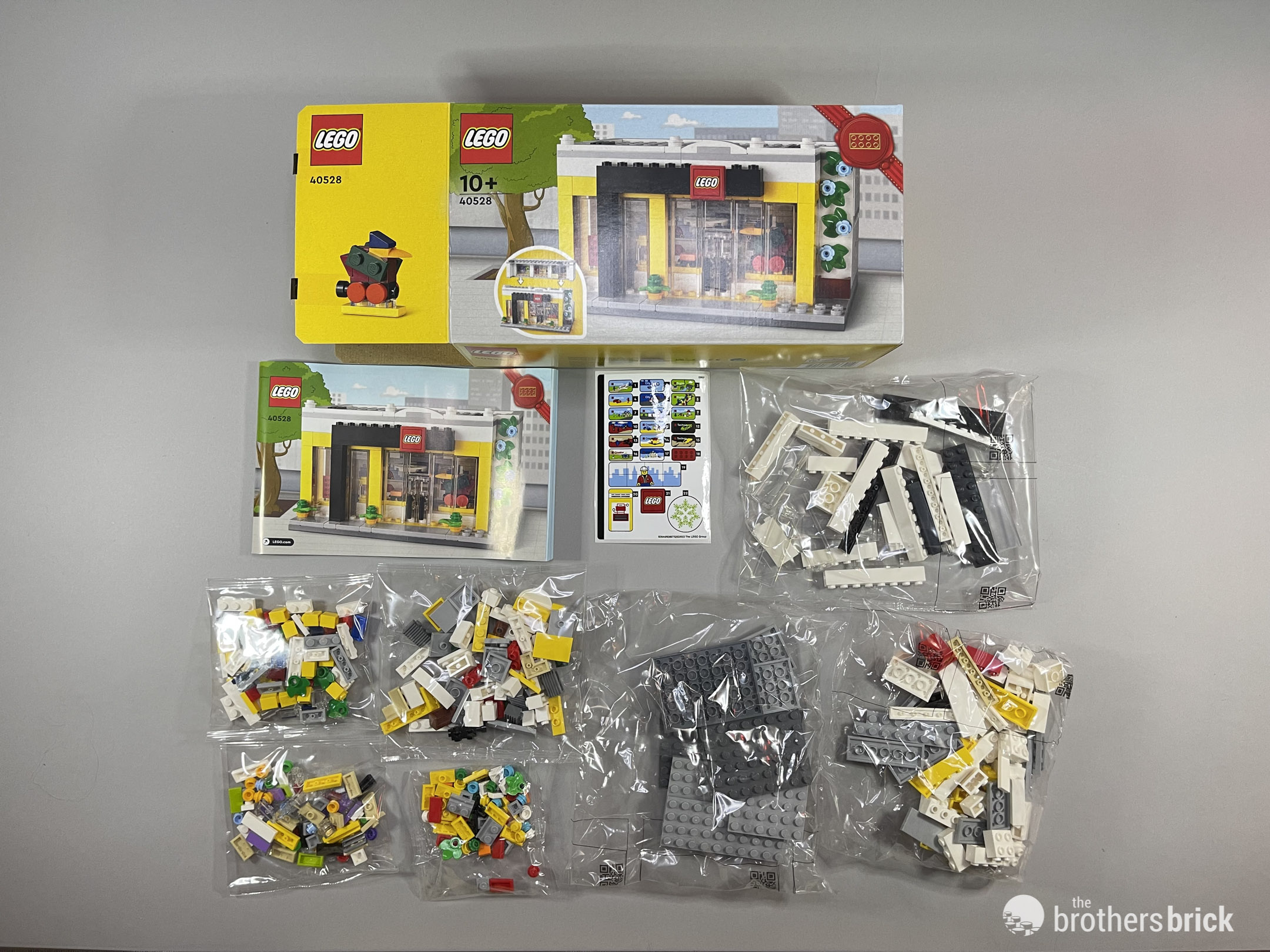 After laying down the foundation of the building, the process moves on to the Pick-a-Brick wall and the first of the stickered 1×2 tiles mimicking sets. The little graphics on these alone make this a desirable set to get your hands on. Good luck though, as these will surely be in short supply. 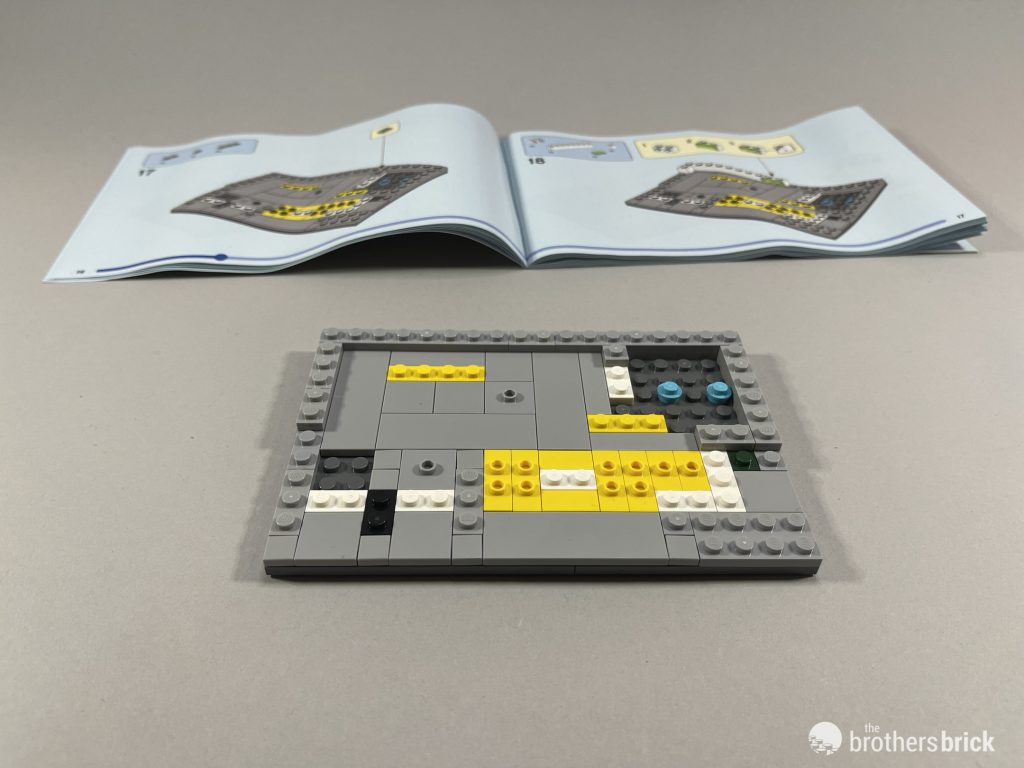 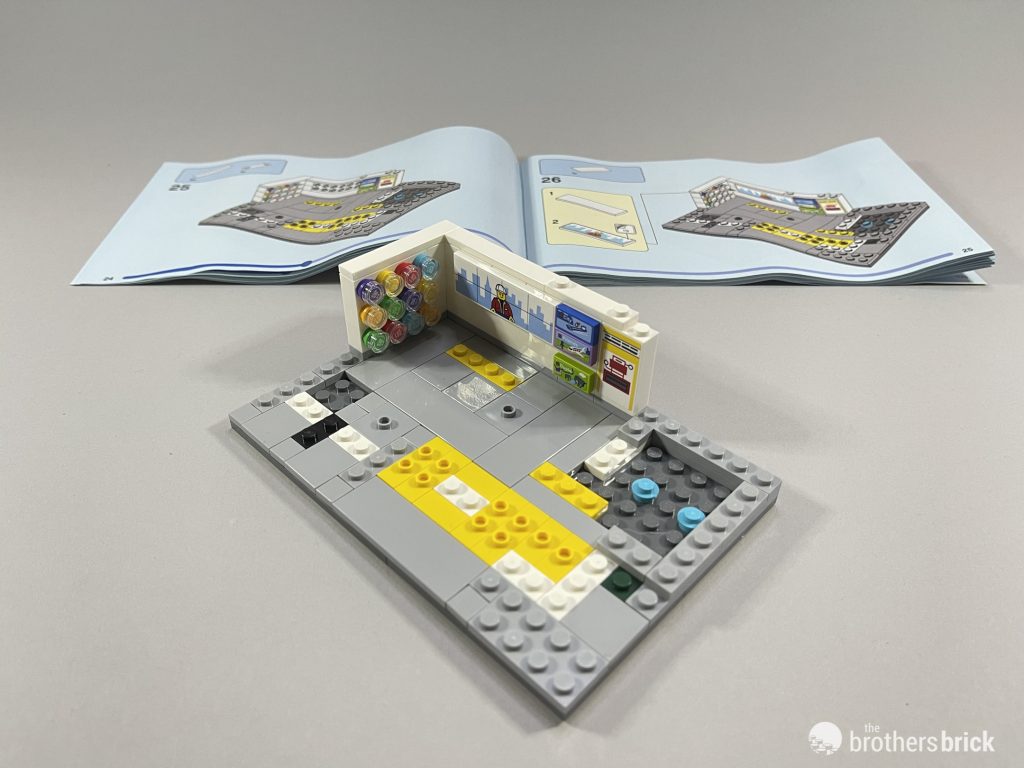 The next steps build up the rest of the walls in the back of the building, cutting out a section for the storeroom behind the tiny set of stairs hidden behind the duck model in the showroom. Including this little detail was a nice touch by the designers. 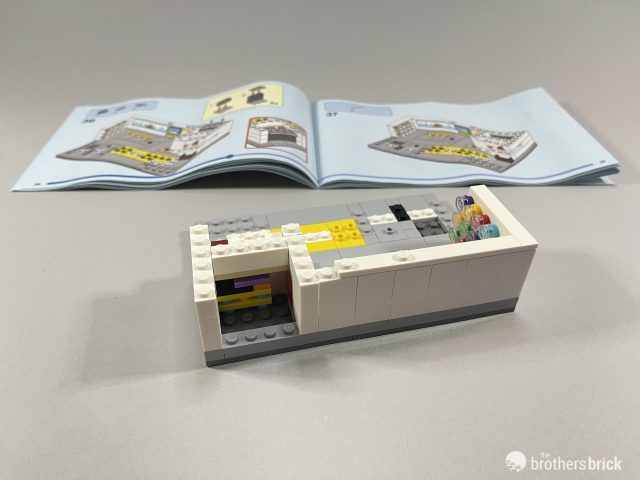 The colorful tree-like thing by the register was less recognizable. Perhaps it’s a design feature in the newer stores. Joining the duck model are a few others, including a stickered tile meant to represent the large buildable red brick. As for the others, well, that’s up to the imagination at this point. What do you think you think they are? 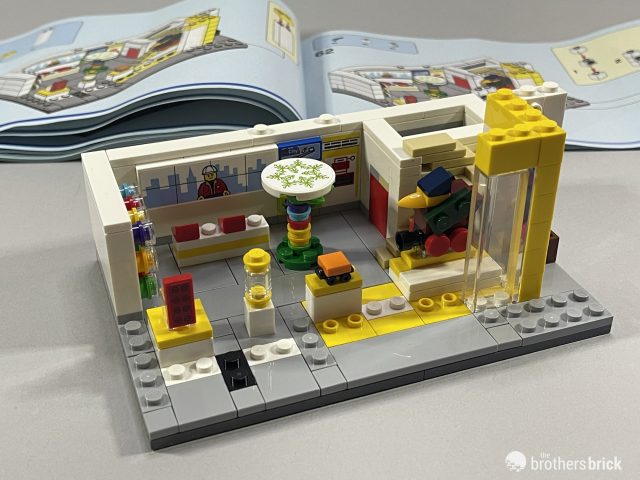 Now that the floor level is done, we move on to the storefront and the mezzanine. Contrasting the white and yellow walls with black bricks was a nice touch but the exposed studs were a nice tongue-in-cheek idea by the designers. I mean, LEGO bricks emulating large LEGO brick fixtures? Way to go, guys. The LEGO sign is mounted over clear, brick-built doors which match the design from the original GWP storefront. Three potted plants with foliage dot sit by the doors and windows while flowered greenery rises up the recessed wall from a larger brown pot. 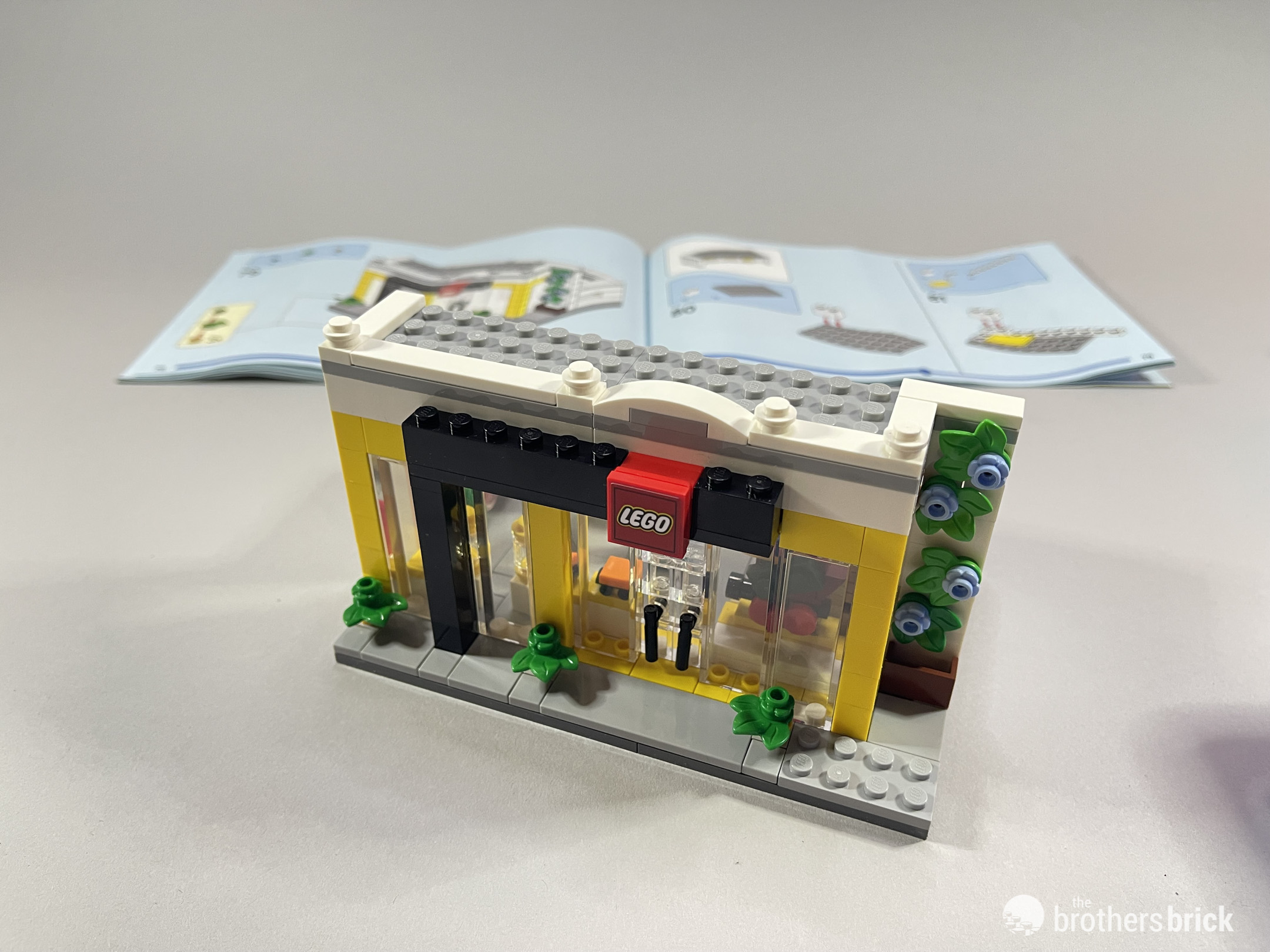 The mezzanine holds the majority of stickered 1×2 tiles. So, so many different sets, some nodding to the different lines celebrating anniversaries this year, such as the Friends line. Just another layer of celebration in this set that really makes it worth having. The detachable section is secured by the two studs on the back wall and sits just above the checkout and that weird tree thing. 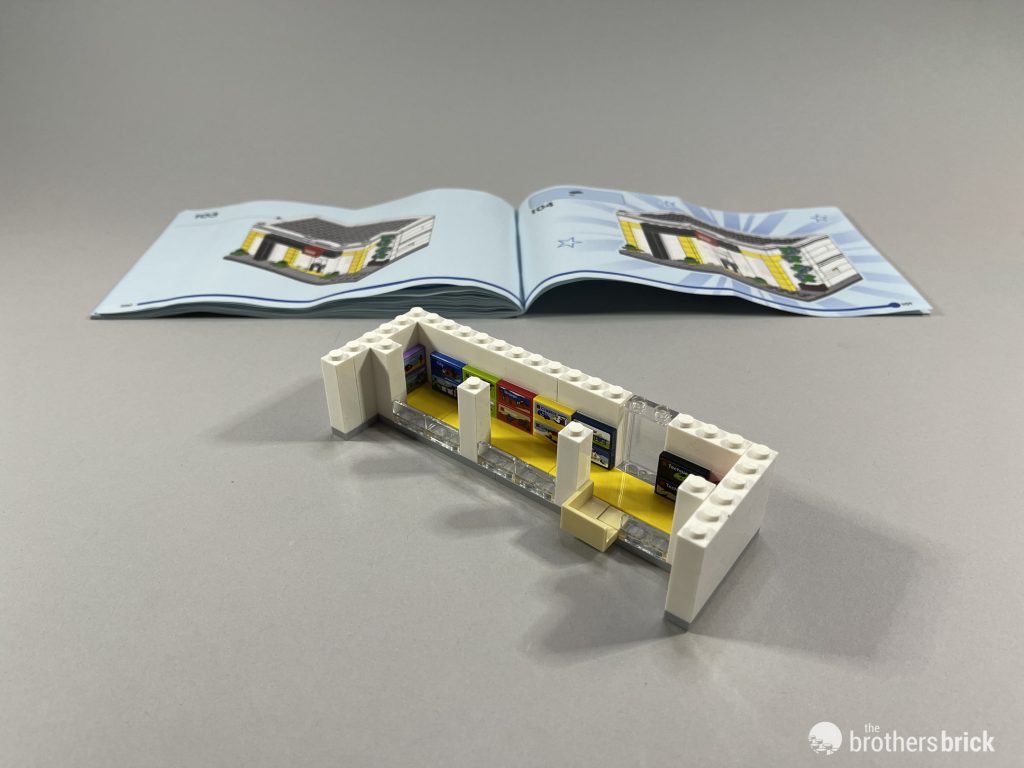 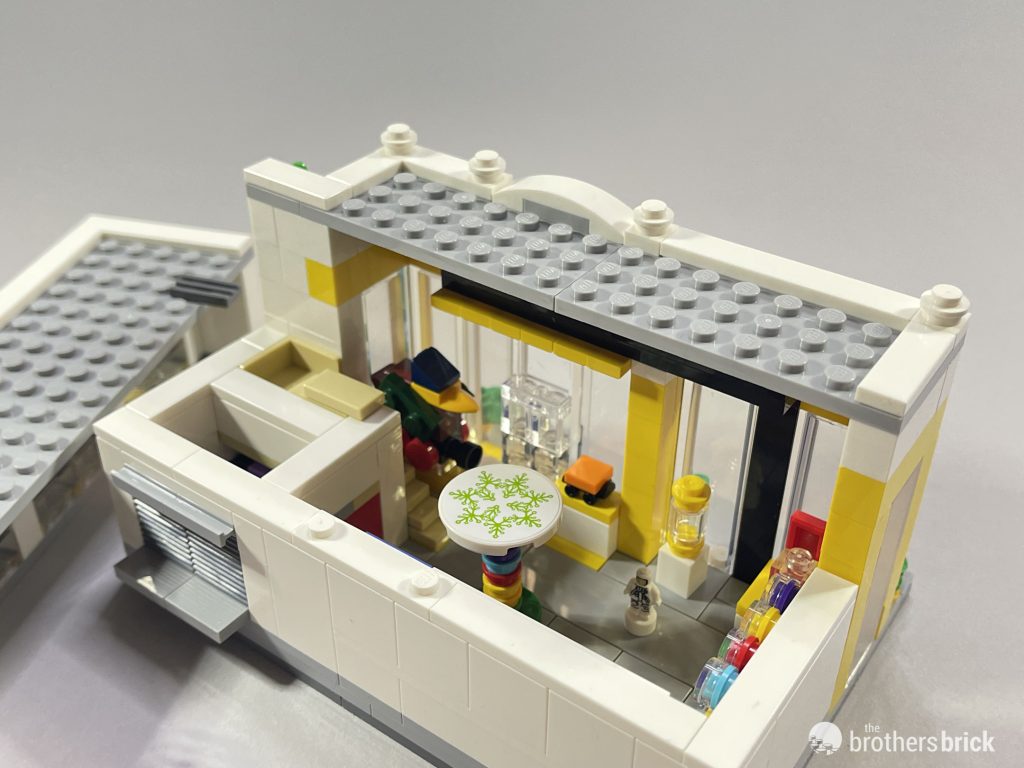 This little LEGO Brand store is a great way to kick off the year at new locations. After the roof is added to the mezzanine, the whole build comes together. Two grille bricks secure the detachable section while also looking like vents for air conditioning or something. The greenery and storefront design are a refreshing revamp of the idea and a nice return to the scale of the original. Speaking of scale, this is perfect for a city at trophy figure scale, something I rarely see enough. Including stuff like the loading dock and the storeroom is also a level of immersion that you might not get with a minifigure-scale build. Most of the features in this build would probably be lost at that scale anyway. So, the loss of exclusive minifigures for this version of the set makes sense, but it would’ve been really neat to get a trophy figure of a LEGO Brick Specialist. It might not be an exact fit for the scale but it’s the closest you can get with a figure. Plus, printed trophy figures are always a good grab. 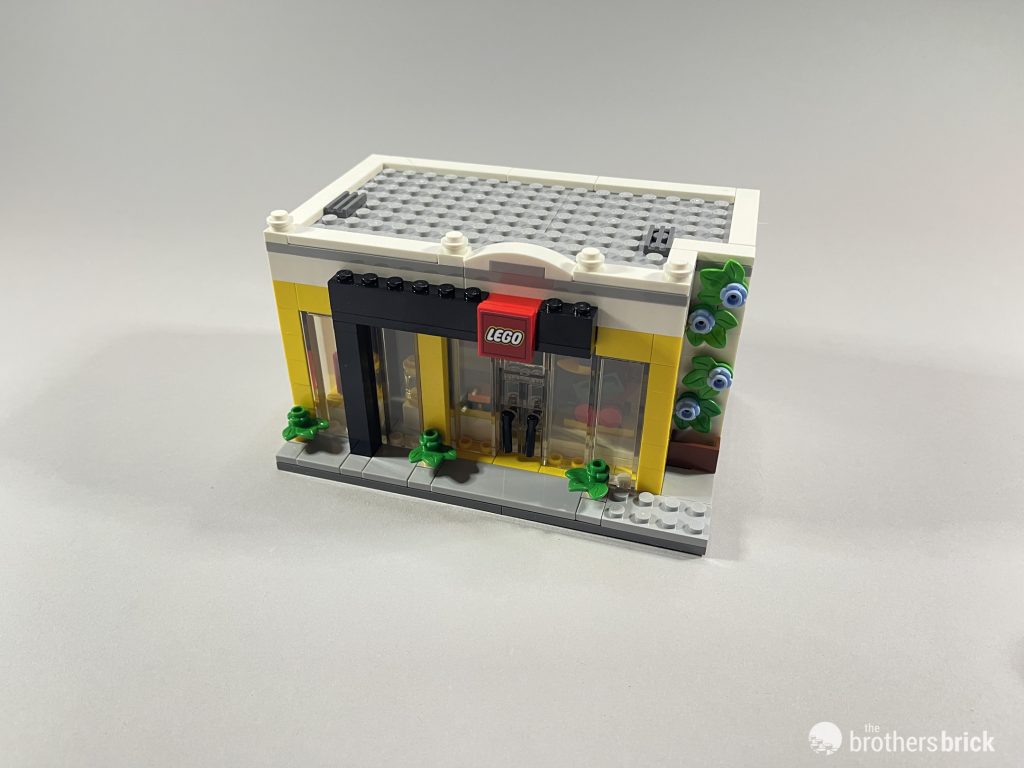 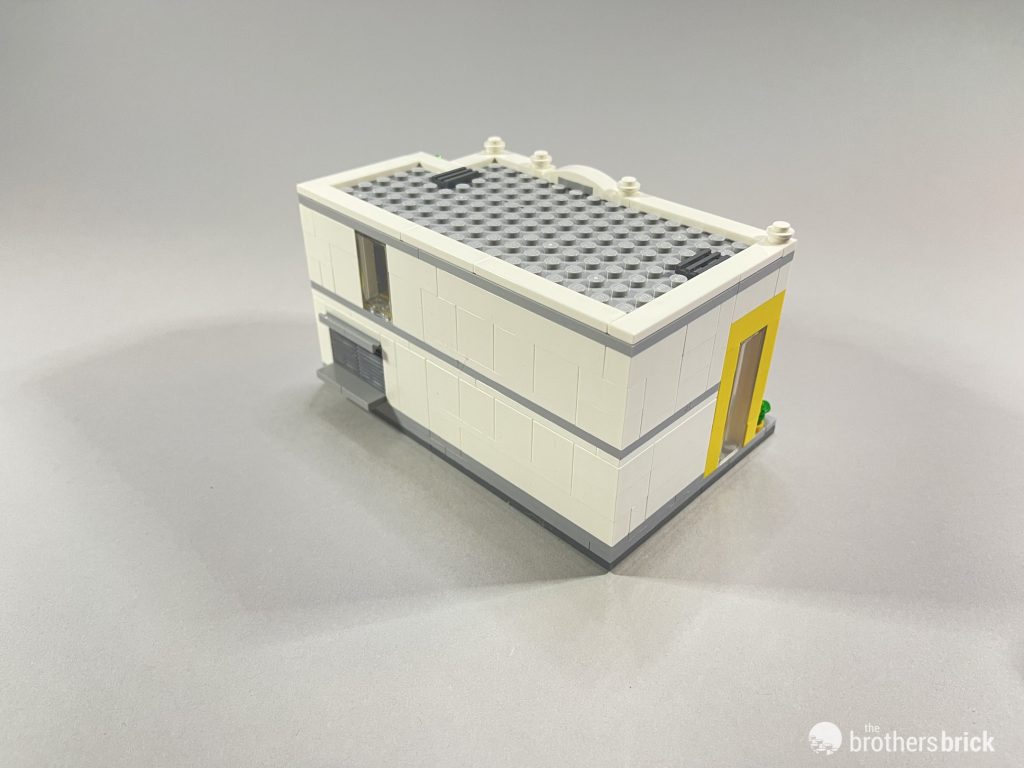 40528 LEGO Brand Retail Store contains 402 pieces. It is available starting January 1st at grand opening events for new stores with minimum purchases of US $125 | UK £125 | CAN $TBD. Keep an eye out for new stores in your area as these are limited and well worth the trip. 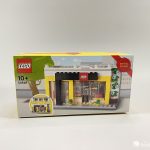 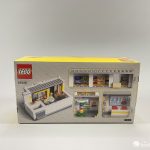 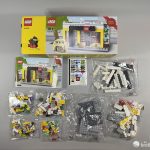 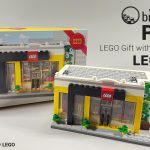 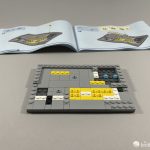 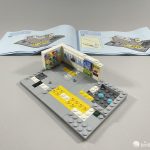 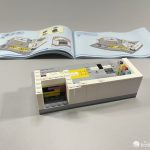 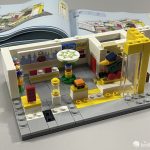 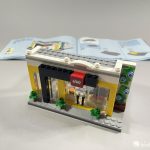 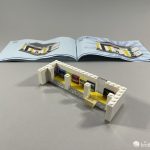 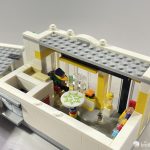 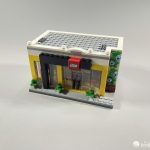 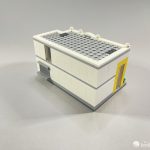