Okay, Star Trek fans, yours truly (Christopher Burden) here with something fresh! For the last few years my best friend Capn.Brickard and I have been exchanging custom models for birthdays and holidays. We love giving each other a challenge, and this year I had my work cut out for me. Out of three options that he gave, I chose to take on La Sirena from the 2020 Star Trek spin-off Picard. Honestly, as soon as it was revealed, I wanted to build it, but at the time, I wasn’t quite ready to take it on — all the different angles and slopes, not to mention that accursed command deck. 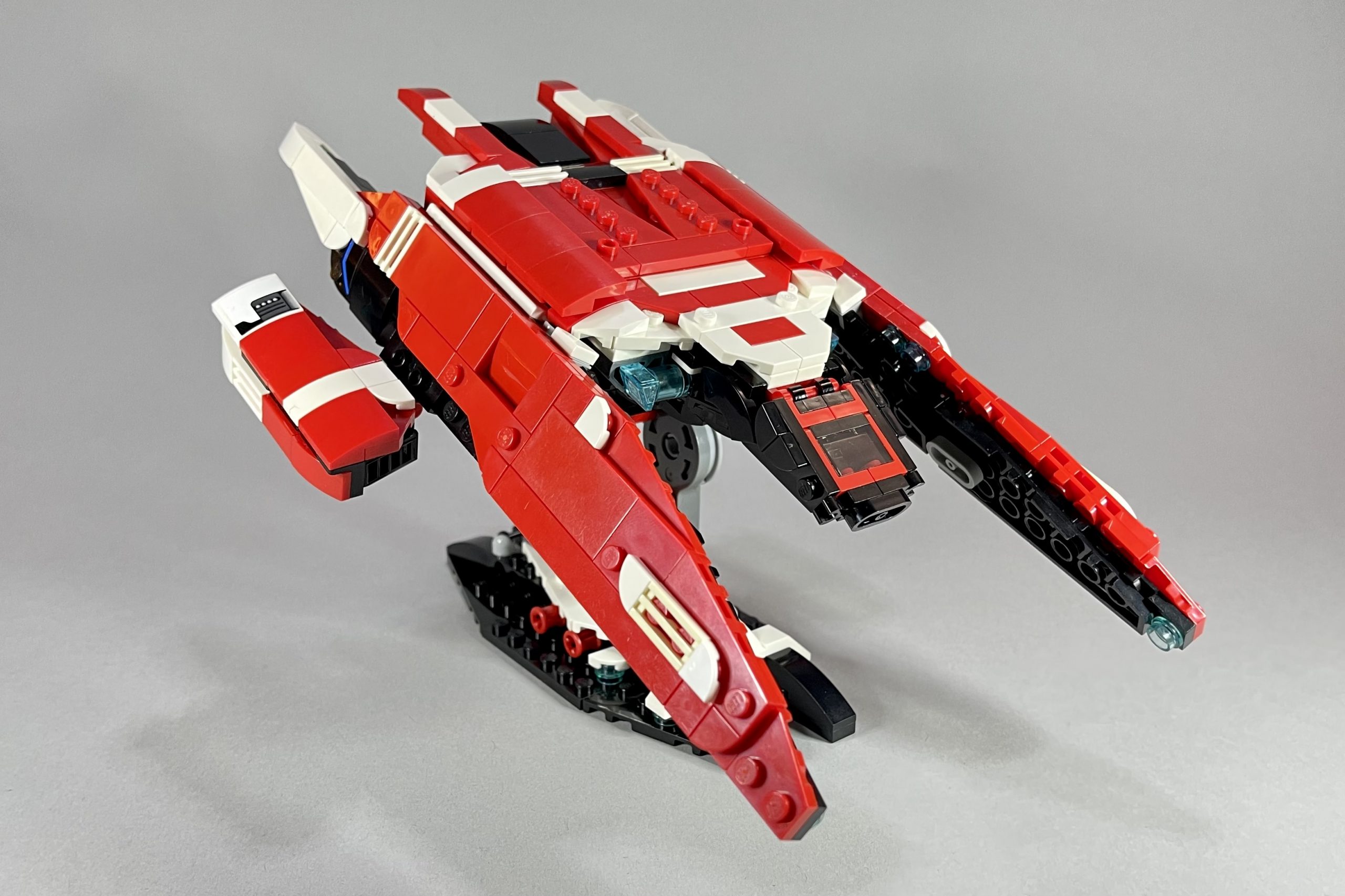 Being my first attempt at recreating a ship from a show or film, this provided plenty of challenges. I had to change my approach to a more trail-and-error, detail-oriented focus while things like swooshability or stability took a more secondary position. The final product may have a couple of weak points (the wing sections attach by only four studs and some hinge bricks) but is still sturdy enough to fly around for fun. The finer white lines of paint that usually decorate the ship were a little complex at this scale, though I did consider using some sticker scraps for the effect. Instead, I used some modified tiles to give the idea of decorative striping and color-blocking characteristic of La Sirena. 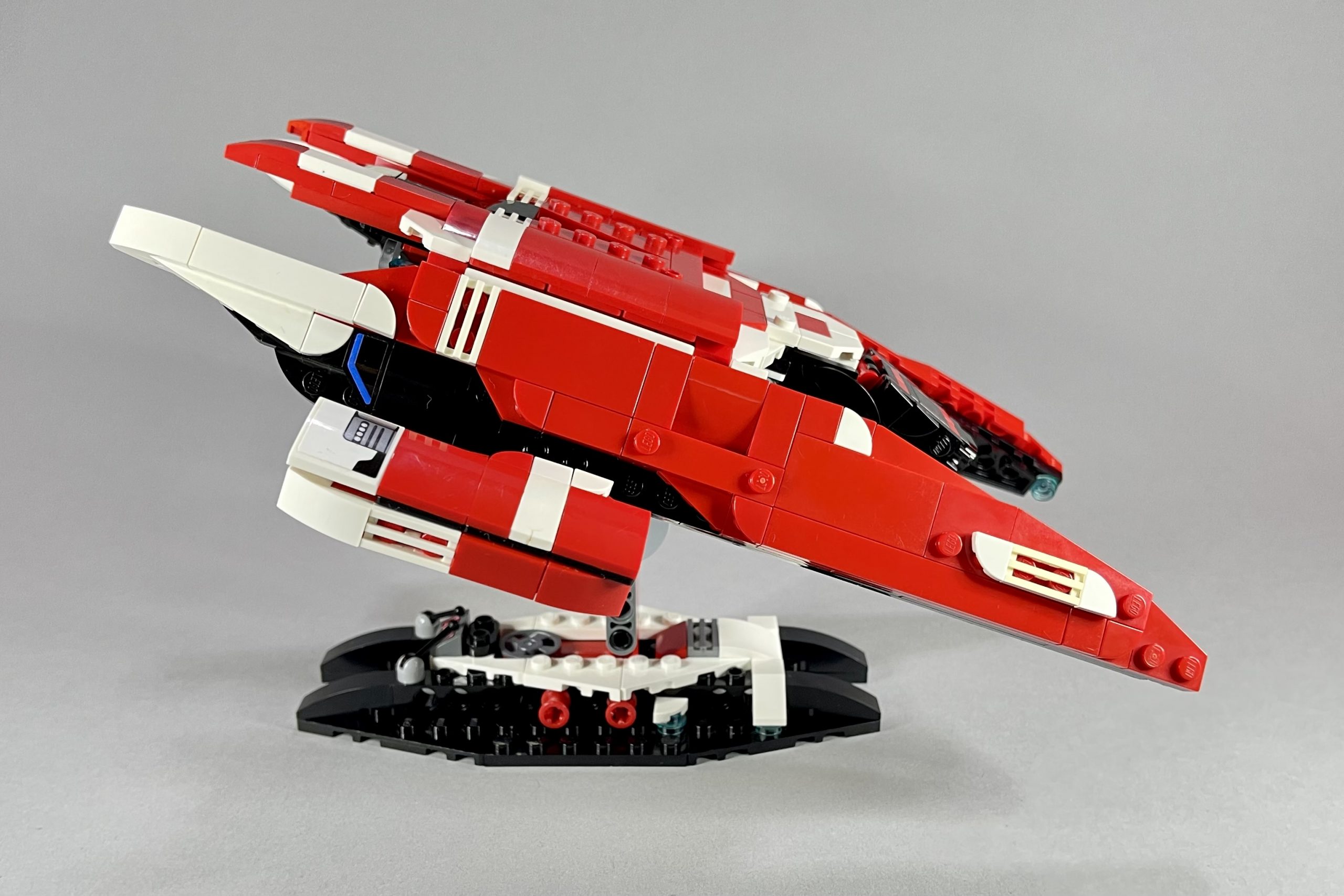 Looking at it head on, the details in the command deck and the angles of the wings and nacelles become important. The ship in the series has a red section around the cockpit. I really wanted to capture that within a small profile. Earlier versions were way bulkier than they needed to be and didn’t really match the scale. Thankfully, after searching for three hours through my scrapyard of a brick pile, I found red brackets that worked perfectly to give me the proper profile and coloration. 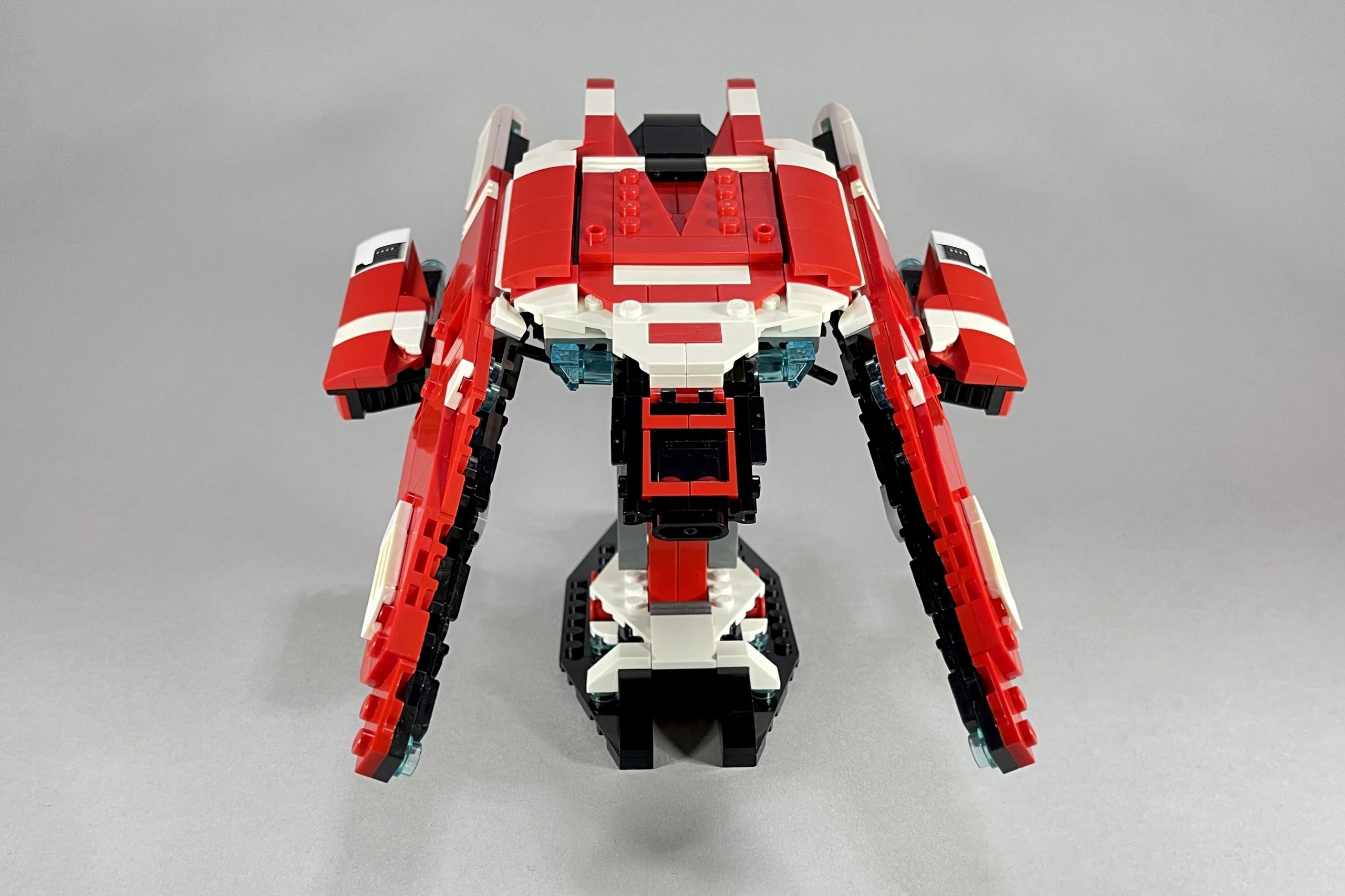 Finally, the back view shows the various engine sections from nacelles to boosters. This was the final phase of the build and thankfully pretty simple to complete. A pop tab tile seemed to match the design of the airlock best, though I did consider using one of the printed tiles from the International Space Station. As for the stand, I actually thought of an episode of Lower Decks in which they’re building a functional model starship. So with this, I imagined hobbyists building the functional model airplanes or drones of the future. Hence, the levers and display shown on the base. 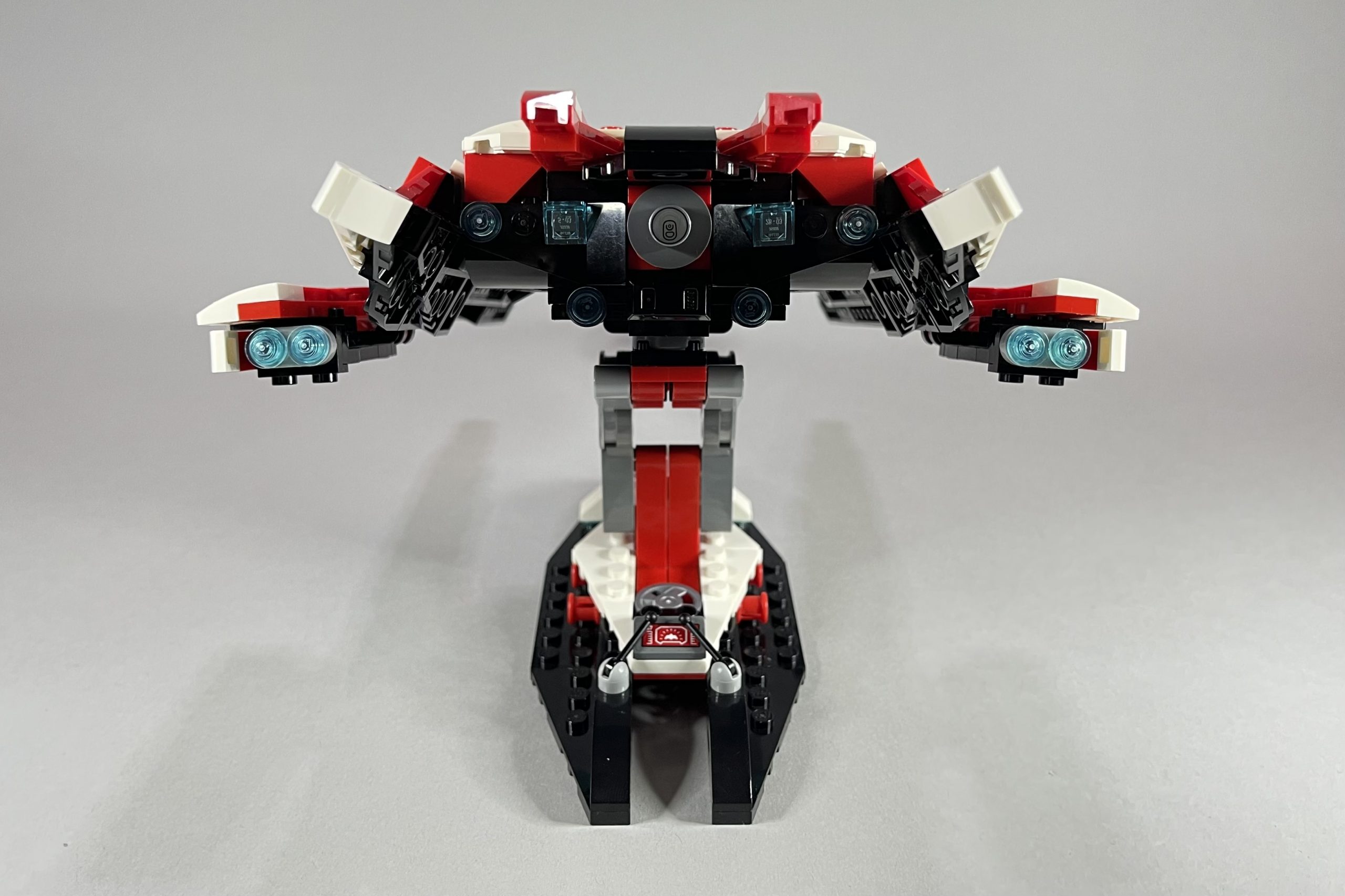 I’m pleased to say that the Capn was truly speechless. I know he really likes something when he’s absolutely silent, focused entirely on appreciating the details. Both of us are now eagerly looking forward to the return of Picard in 2022. Who knows what it’ll inspire us to build next!