I don’t know that I have a favorite LEGO piece of all time, but my top five would have to include the long, faceted windscreen that debuted in 1989’s Space theme offerings. Something about that wedge’s multiple sloped angles inspired so many of my childhood builds. I used it to build cockpits, magical jewels, the jaws of various monsters…but I hadn’t given it much thought in the last decade or two. So I was delighted when I spotted the White Tiger Star Fighter by jnj_bricks. One of my favorite pieces had been given new life. 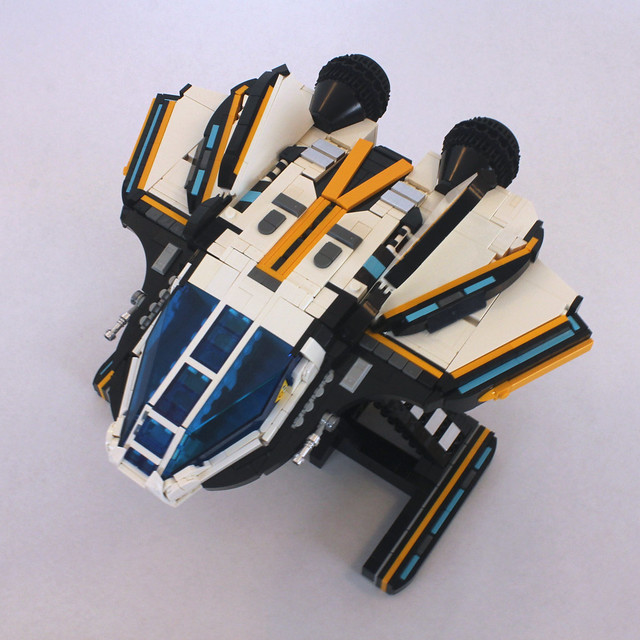 By twisting two of the windscreens sideways and building over the resulting bottom half, the White Tiger employs the existing slope angles to create a new cockpit shape that blends perfectly with the more modern pieces that make up the majority of the ship. It’s got me wanting to dig through my old bricks to see what inspiration might strike. 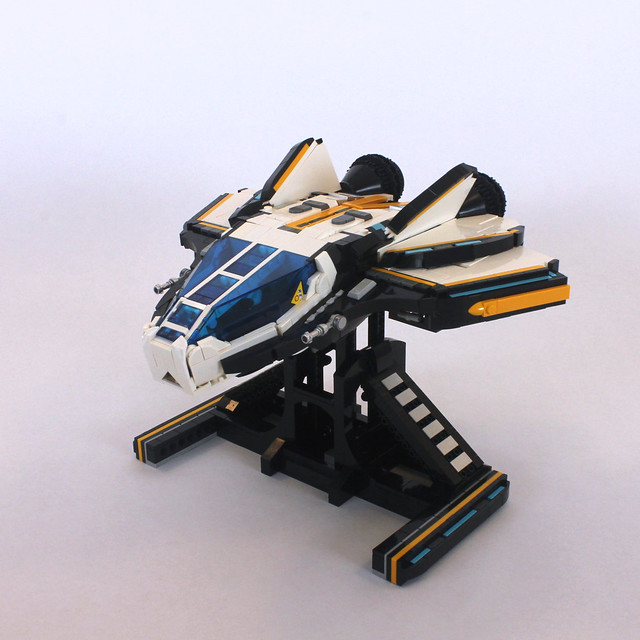