Though the Bionicle and Hero Factory lines died a while ago, plenty of fans still covet and horde the pieces that LEGO provided us during those golden ages. Nonetheless, builders hold onto the parts to provide some unique and specific detail to their character models. I had a chat with Alex_mocs about their build process for this model, Dawnpike Azaria, inspired by the Lizards in the game, Divinity: Original Sin. Alex challenged himself to sculpt a more feminine reptilian character saying that he hadn’t seen “many feminine coded dragon characters built from LEGO.” Thus, he had fun sculpting a lizard-like head with that energy in mind. He certainly did well, utilizing dragon wings, vines, and various other decorative elements to capture the frills and horns common to this character’s people. Though the color palette limited his piece choices, Alex made great use of them throughout Azaria’s figure. Her armor and jeweled necklace are wonderful details that work well to fill in the gaps that some pieces leave. Alex also found that gold hoops fit snugly around some rubber tires which made it possible for them to be stacked and hold their position. He used this technique in the neck, tail, and ankles. Meanwhile, Alex admitted to using a paperclip in the gold hose around her waist to help her chainmail skirt hold its shape. 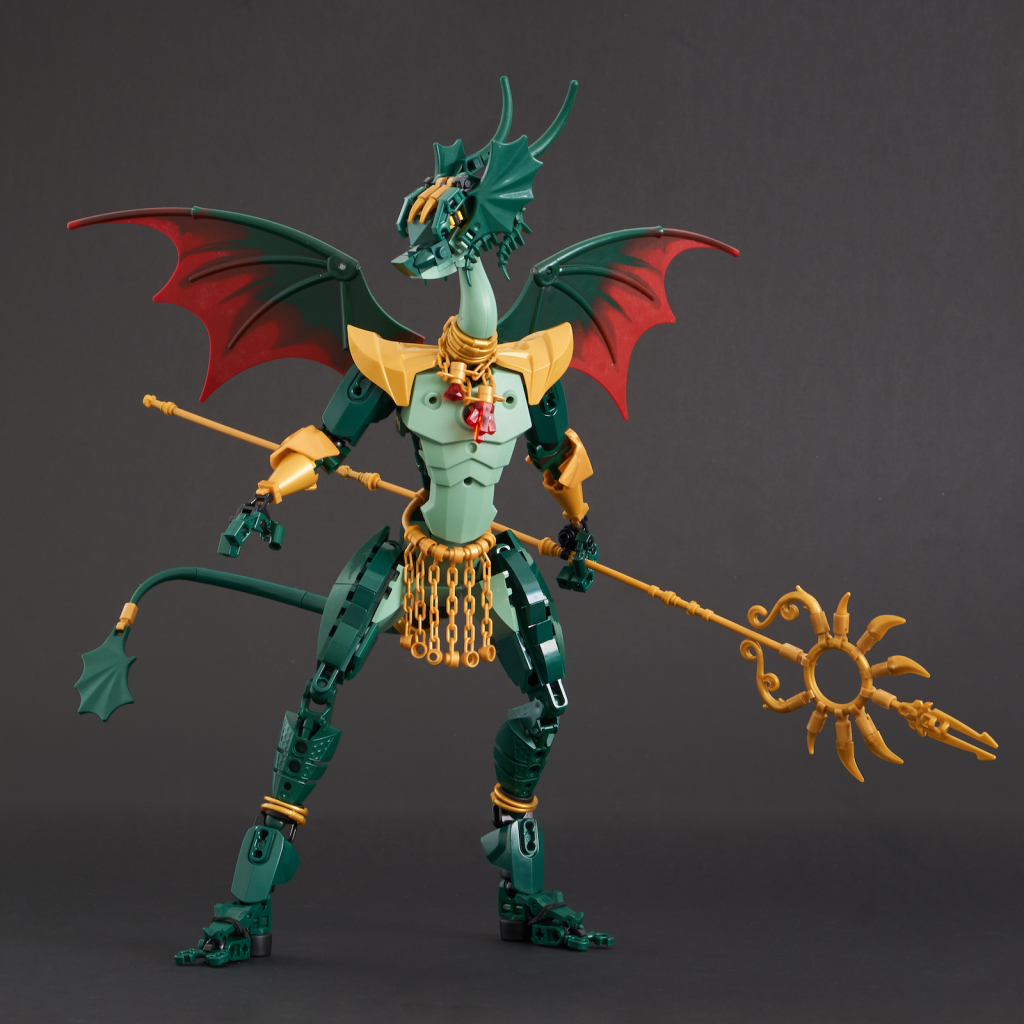 Azaria’s magnificent wings fit snuggly against her slender, brick-built back leading down to a thin, whippy tail with another dragon wing for detail. Moving back to her head, Alex mentioned using a cut flex tube in a yellow clip to make the vertical pupil for her eye. In fact, the last “non-purist” technique, as he put it, he used was cut bars which helped give him the desired length for the upper and lower arms. They might not be “legal” techniques but I won’t frown upon it. It’s a risky move that really pays off. Plus, the golden wheel used in the staff, inspired by builder Josh Johnson’s Sage of Fire, is an awesome legal discovery. It’s small enough for clips to be attached to it which allows for an ornate, golden weapon that I would not want pointing at me. The final detail that I think is important to mention is the wheels used in the feet. This helps increase the friction, enabling the figure to be more posable and stable. A good tip for any burgeoning character or mech builders. 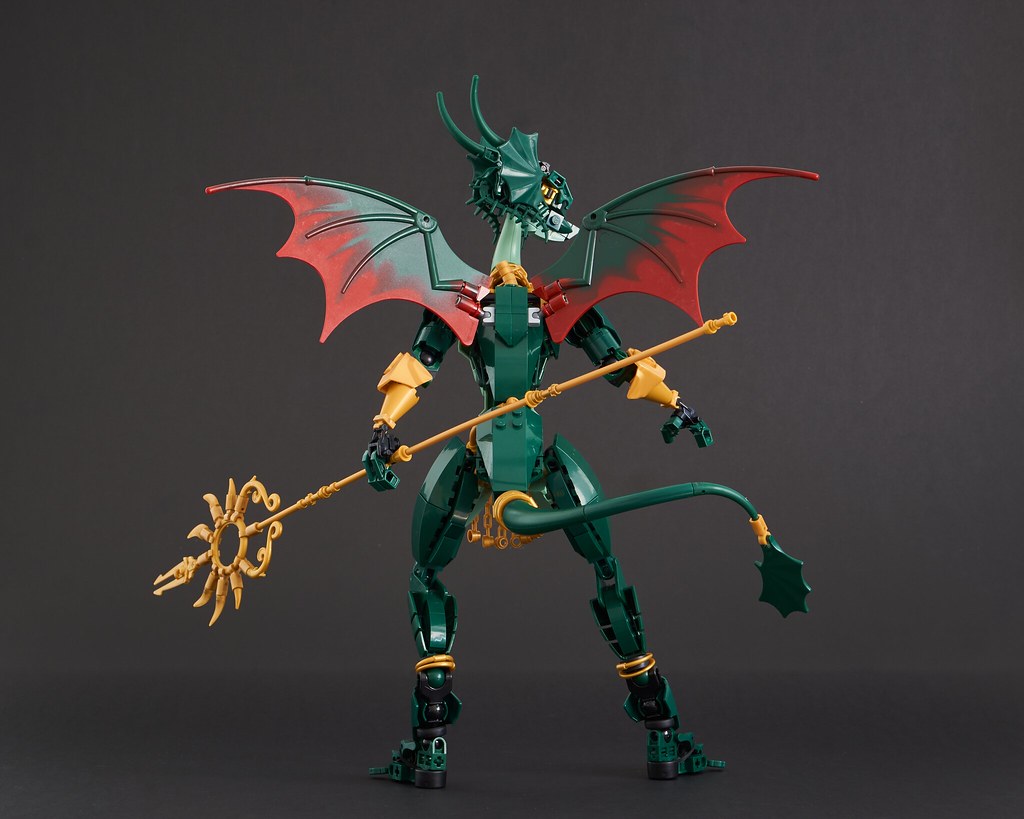 I love characters like this. As a Dungeons and Dragons fan, I immediately thought of Kobalts. I could see players designing their characters in this style to match their imagination while an intrepid Dungeon Master provides brick-built monsters and NPCs. Whatever the reason for the model, Dawnpike Azaria is a beautiful character from a wonderful builder. Keep’em coming, Alex!