Have you ever been chilling in space, floating in your ship one second, only to wake up on a water world as the sole survivor of your crew? We’ve all been there, but thankfully the Alterra Corporation has you covered in the event of such a mistake. Those familiar with the Subnautica game series will surely sympathize, having swum in the suit of Ryley Robinson themselves. Builder Lysander Chau was inspired by their time in the oceans of 4546B to build this scene of a crab-squid chasing after the Seamoth. 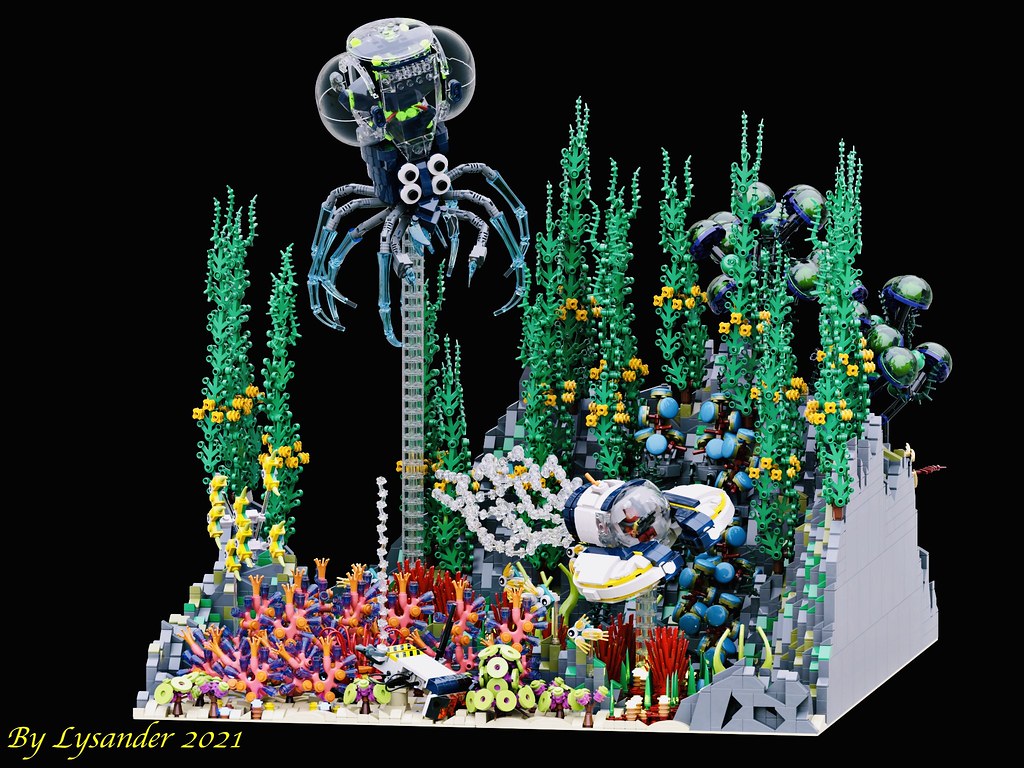 This beautifully rendered scene really shows off one of my favorite elements of games like Subnautica or No Man’s Sky. Lush worlds full of colorful, strange new flora and fauna that we’re free to explore at will. Lysander surely had fun designing plants and coral that line the seafloor of this alien world. Take a moment to appreciate the techniques and parts usage they used. 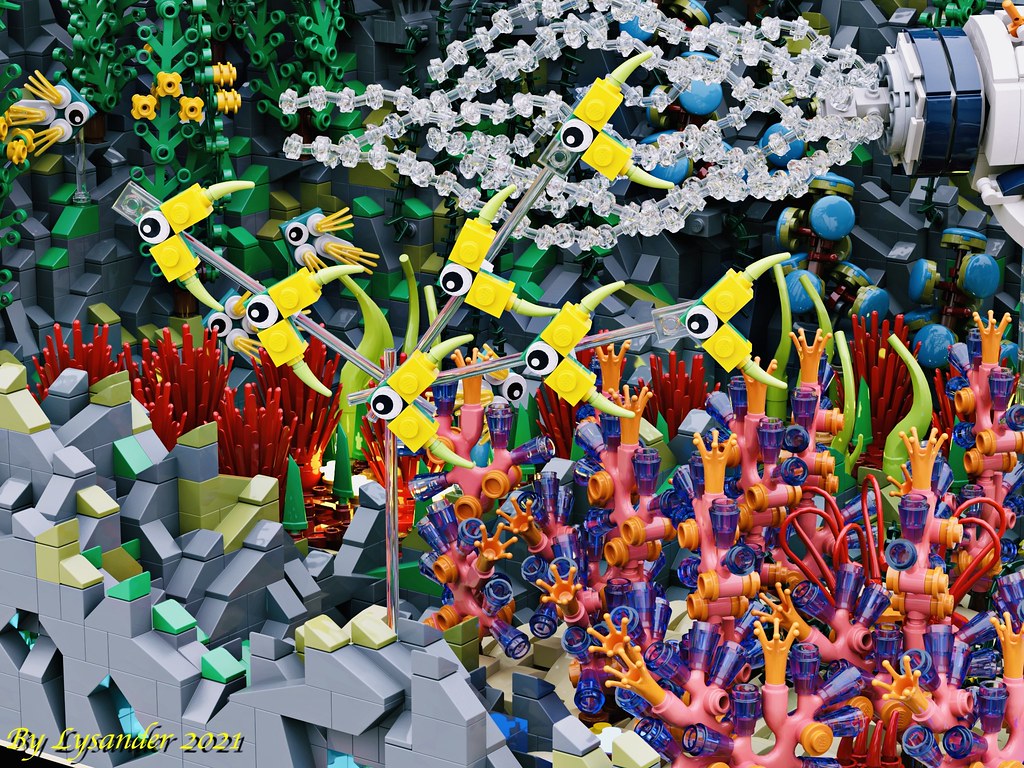 These stalky structures remind me of frost acacia or even eye stalks, but they look amazing, whatever they are. The odd angles and eerie bulbs add a great otherworldly element to an already alien scene. 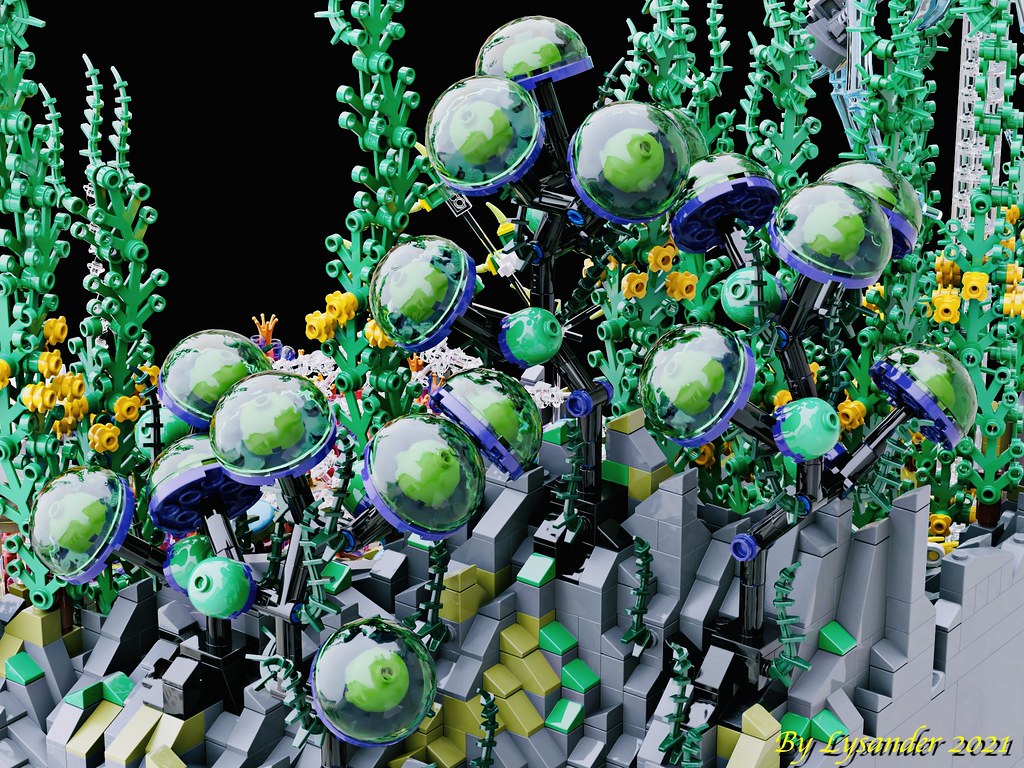 Hidden within the diverse plants, corals, and wildlife is a submerged piece of Ryley’s mothership, the Aurora. After being struck from the sky by a mysterious blast, pieces of the downed ship were spread throughout the ocean. 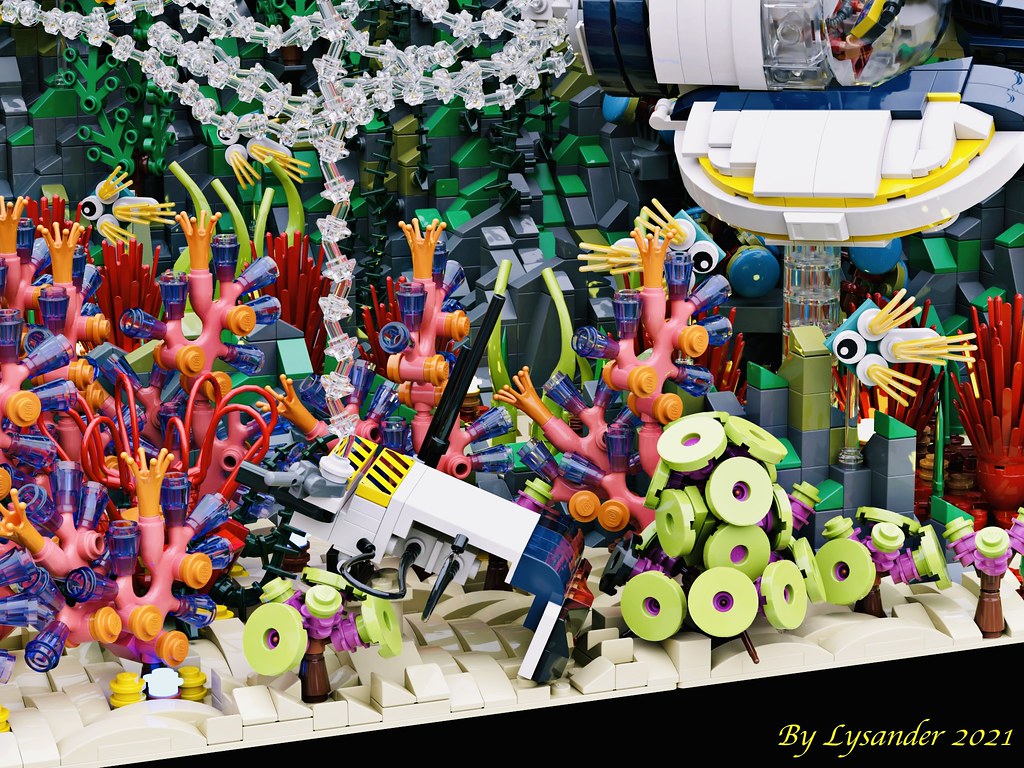 The stars of the show are the crab-squid and the Seamoth though. This large creature can emit an EMP which is just the thing you don’t want to happen when you’re too far away from a power source to reboot. The translucent head, unblinkingly wide eyes, and spindly, bony legs are wonderful biological details. The smooth, compact form of the Seamoth nicely contrasts the crab-squid while the bubbles created by its engines, represented with a ton of translucent minifig posing stands, seem like tentacles of its own. 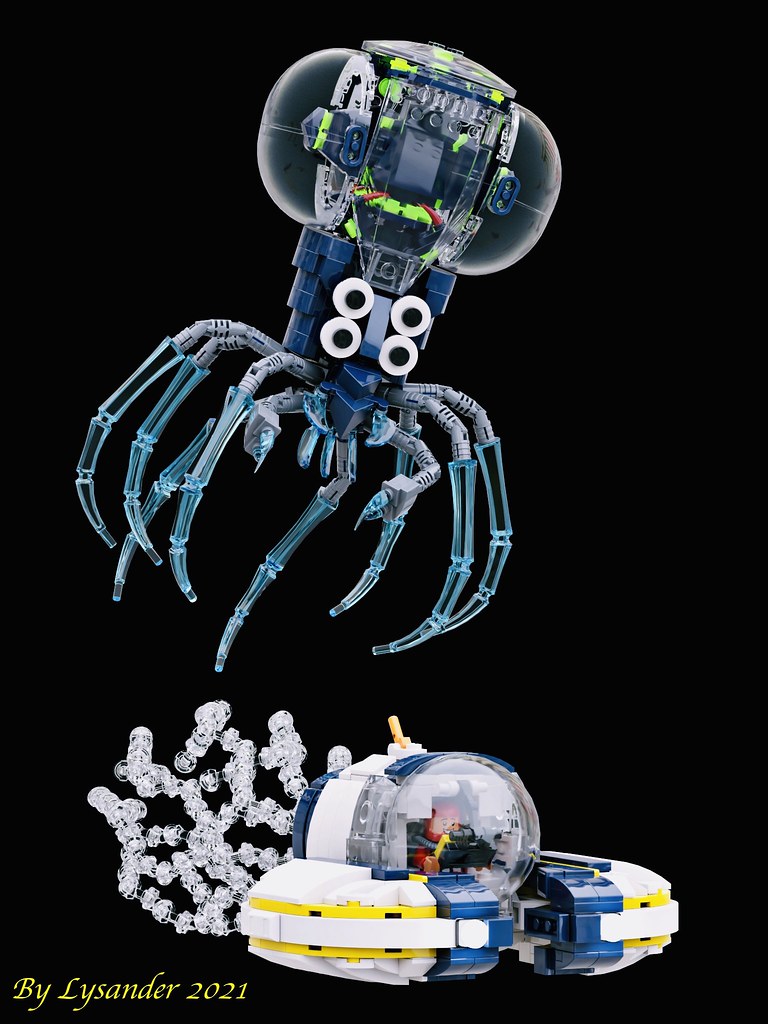 I love this scene and appreciate the time and effort that Lysander Chau put into this model. Each facet is well planned and posed. Immersive details and references to the source material satisfy the knowing viewer and entice everyone else.