It’s probably fair to say that Firas Abu-Jaber is an expert at building realistic models of iconic cars. The attention to detail and scale in his designs helps him realize some truly life-like designs. On top of that, he’s fond of making these insane replicas as alternates to LEGO Creator Expert sets like the Ford Mustang and the Fiat 500. I mean, this replica of a Lamborghini Countach 5000 Quattro Valvole is amazingly detailed for being an alternate of the LEGO Creator Expert 10295 Porsche 911 and it isn’t even the first alternate build he’s done of that set! Let’s take a closer look at what Firas is able to do with a parts limit. 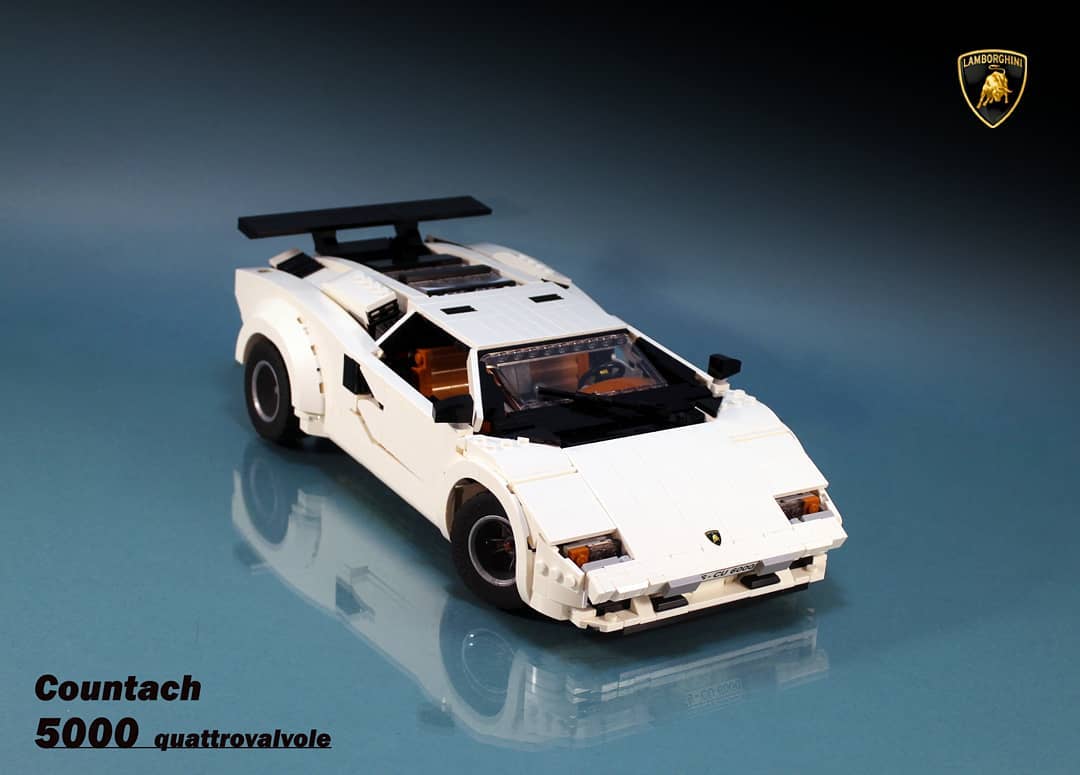 The inspiration for this model was originally introduced in 1985 and only 610 of them were made between then and 1988. The Countach 5000 QV introduced a 5.2L engine to the line, with four valves in each cylinder head for increased efficiency (hence the moniker Quattro Valvole). This design also moved the carburetors to the top of the engine for better cooling. These “Downdraft” cars could get a boost in their horsepower with the addition of Weber downdraft carburetors (but only in Europe). Unfortunately, this repositioning also removed much of the already lacking rear visibility. Oops. Okay, enough of the history lesson. I just wanted you to appreciate the level of specificity that Firas took on when choosing to build this car using only parts from the Porsche 911 set. 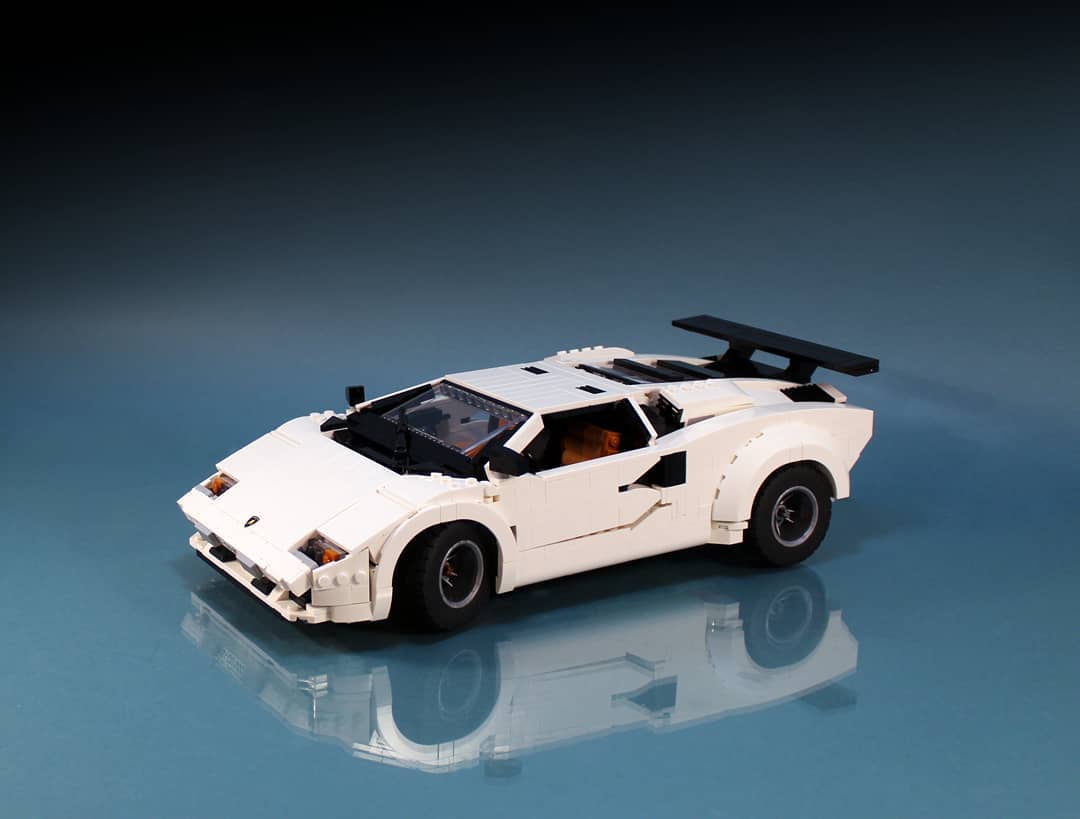 Firas wonderfully captured the form of this classic Lamborghini. The flow from front to tail replicates the body of this car perfectly. The parking lights and front grill mimic those of the original down to the rounded end of the hood. The doors feature the same triangular black detailing and even open the same way as the Countach’s own butterfly doors. The brown seats also work well to emulate the leather upholstery. 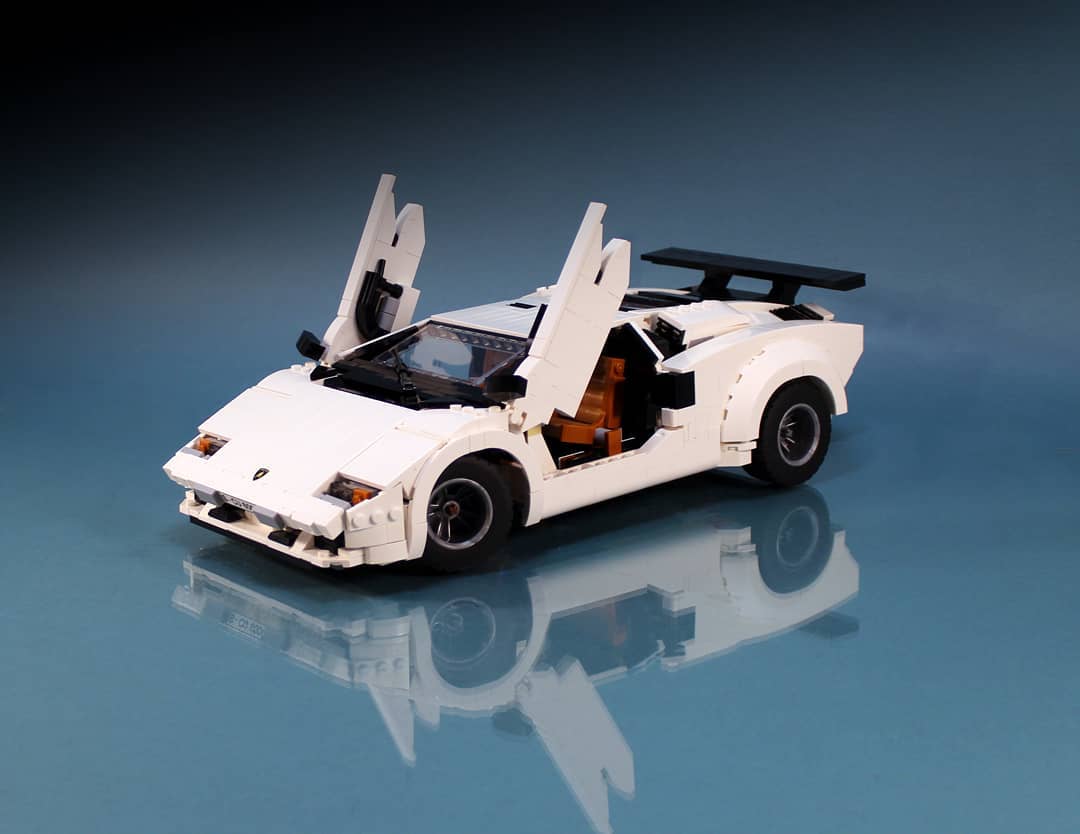 The interesting trapezoidal shapes of the taillights are mimicked by slightly attaching some red bricks together within the space available. Interestingly, this view is also a major tell that Faris was modelling a European version of the car as the American versions had pretty big bumpers attached to them. 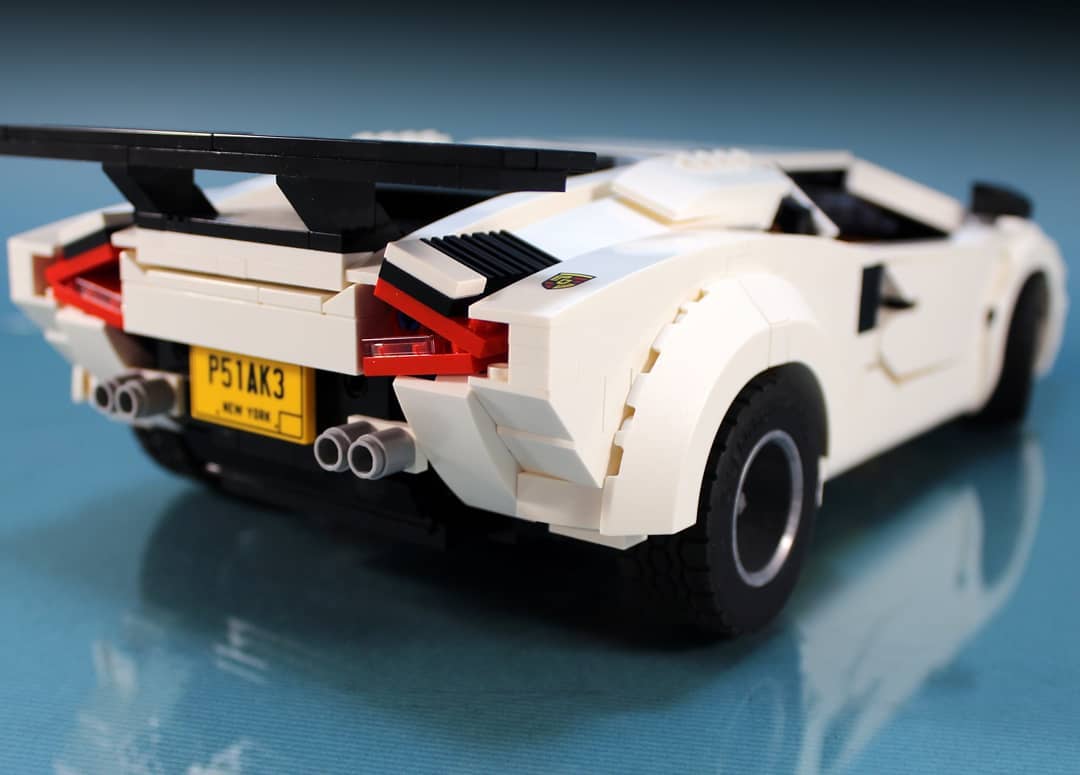 Another angle of the back shows off how many features this model has. Butterfly doors, engine and storage access, and an opening back window. We also get a peek inside at the dashboard and the brown “leather” detailing that Firas worked into the build. 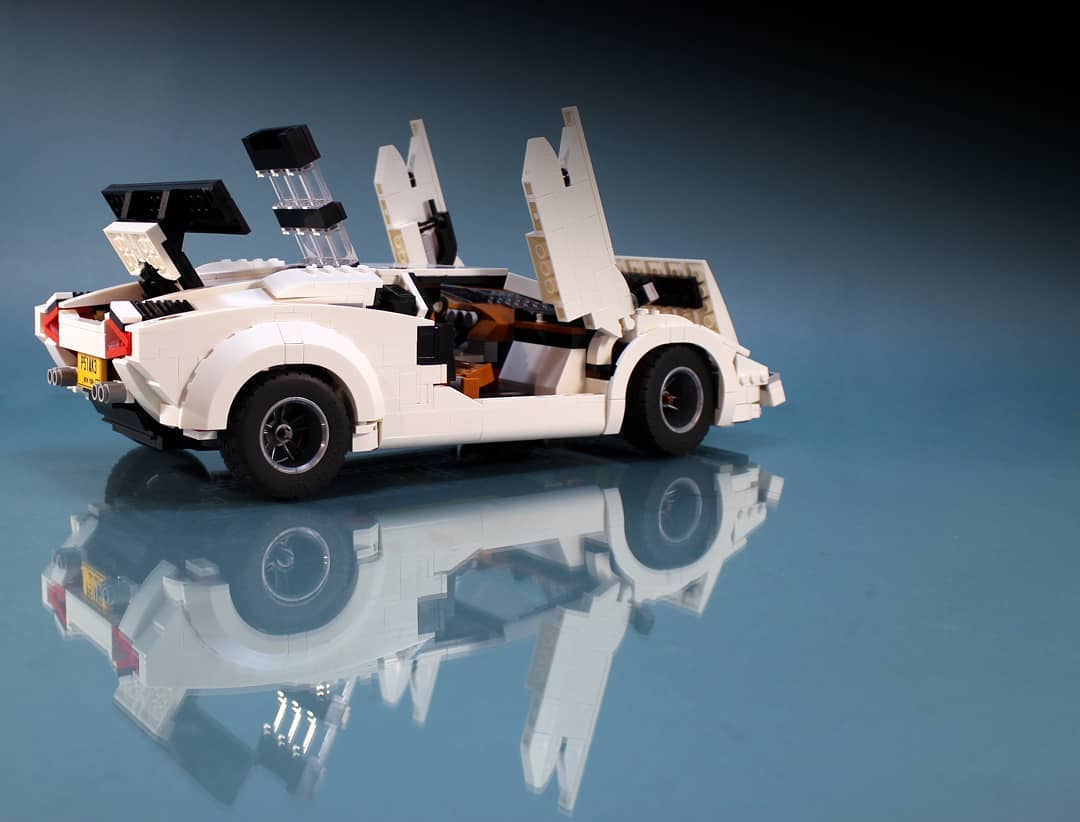 The final bit of detail to add to this is that he also managed to fit steering into the model, giving it that extra level of detail that makes it a desirable alternative to the LEGO Creator Expert Porsche 911 set. Honestly, I could almost justify buying two just to be able to build this one too. It’s a marvel that he was able to make this using the limited parts available. This model is a true labor of love from a design fan that really knows his cars. Check out some other models by Faris Abu-Jaber that we’ve featured before.