Lately, I’ve been thinking a lot about getting whisked away somewhere on a plane. But hopefully not a plane that uses an actual whisk to hold its propellers on, like this one does. But I suppose the whisk is the least of this pilot’s worries, as Grant Davis has constructed quite the impressive belch of black smoke coming from the engine of this seaplane. The texture of the smoke is quite impressive, and I particularly like the black smoke near the engine, made from what I think are a couple of TIE Fighter pilot helmets. The use of the small ship in the background to create a forced perspective horizon really makes it feel like this pilot is isolated, which adds a wonderful additional element of drama to the scene. I don’t imagine making engine repairs while rocking on the open ocean is an easy task. Hopefully his radio still works. 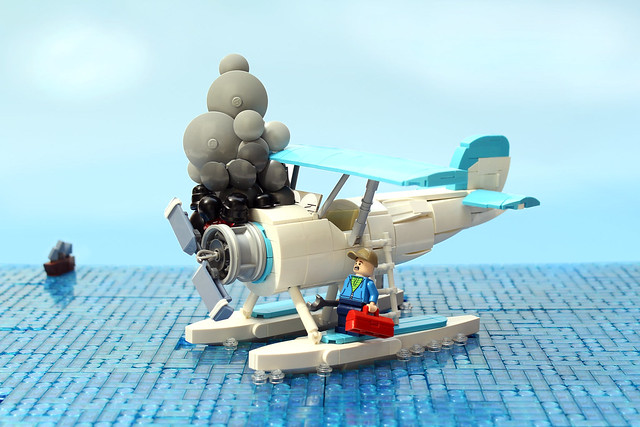