Let’s talk about LEGO and Transformers. When Transformers were first introduced in the 1980s, the LEGO system didn’t quite have the available pieces to recreate the complicated designs of vehicle-to-robot transformations. Fast-forward to today and it’s a totally different story. Armed with a slew of modern joints and plates, Librarian-Bot is pulling off designs that are more than meet your eyes. 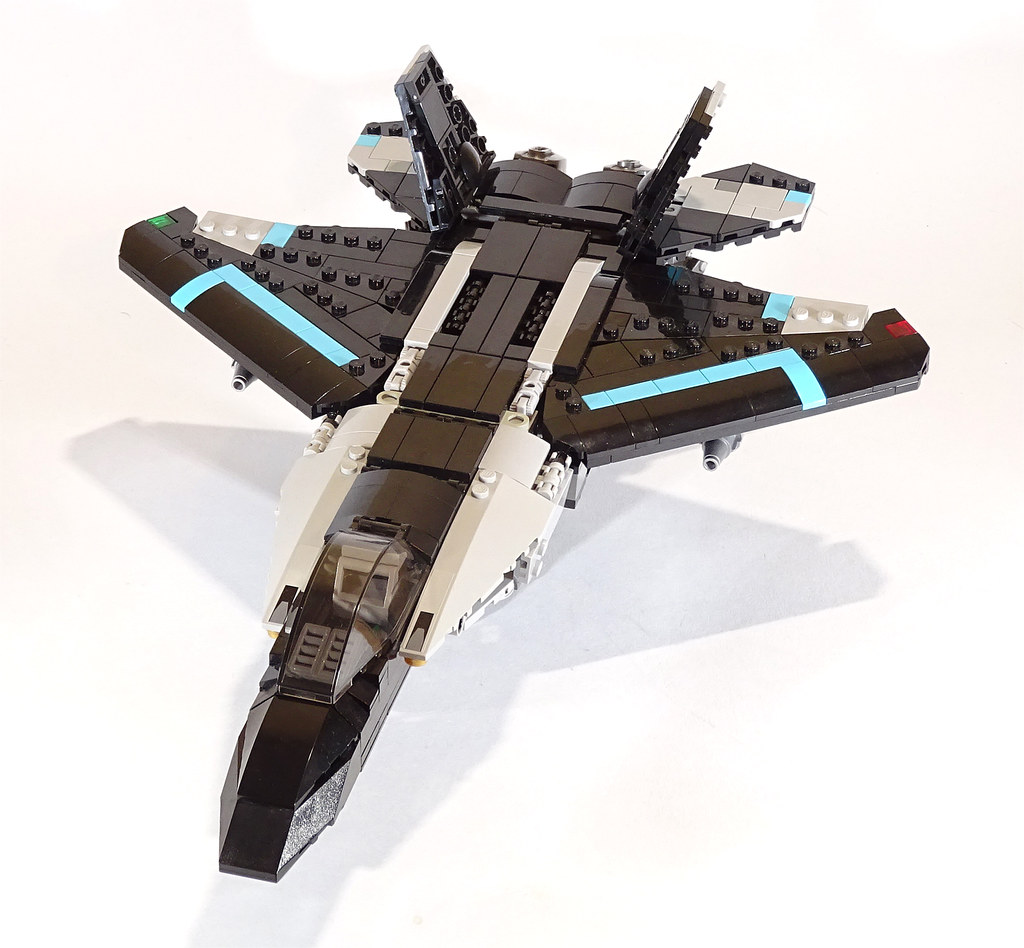 At first glance, this looks like a great model of a modern fighter jet. A minifigure can pilot it and the design seems pretty swooshable. The angles achieved in the build could suggest that the joint pieces are used structurally. Plus, the blue really pops against the black plates and slopes of the wings. Nothing suspicious, right? 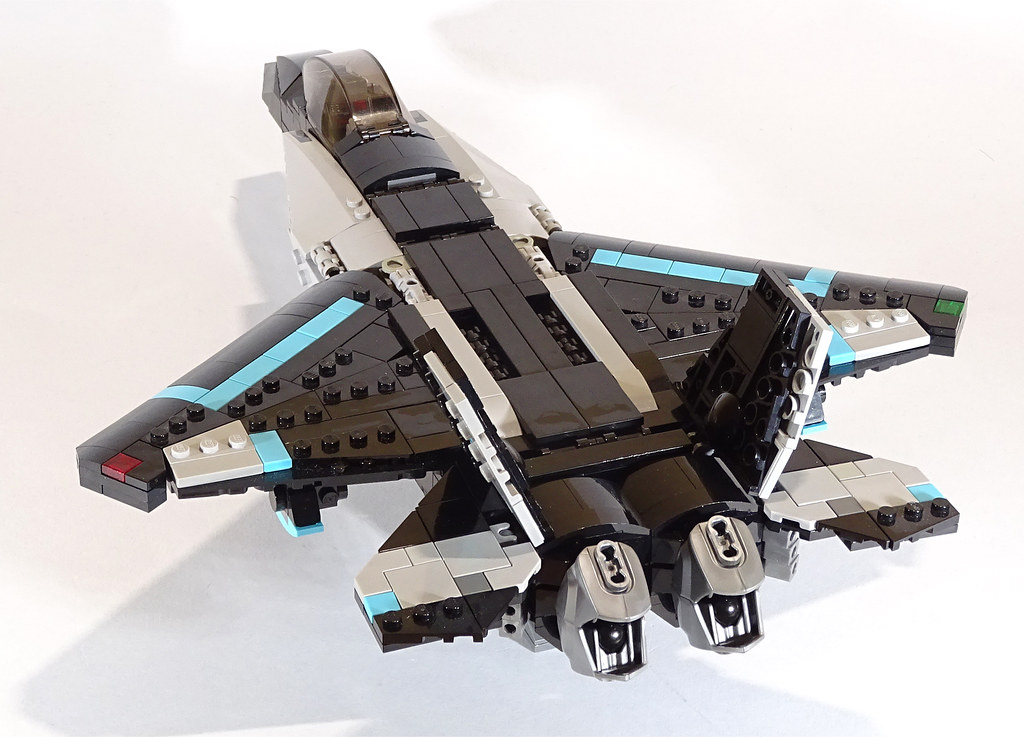 Then you meet Flashpoint. The unassuming jet becomes a large, formidable fighter. Missiles adorn each arm of this Decepticon and with engines as feet, I would not want to be an Autobot fighting this guy. His speed alone would make for a tough battle but those weapons ensure he can keep his distance and still pack a massive punch. 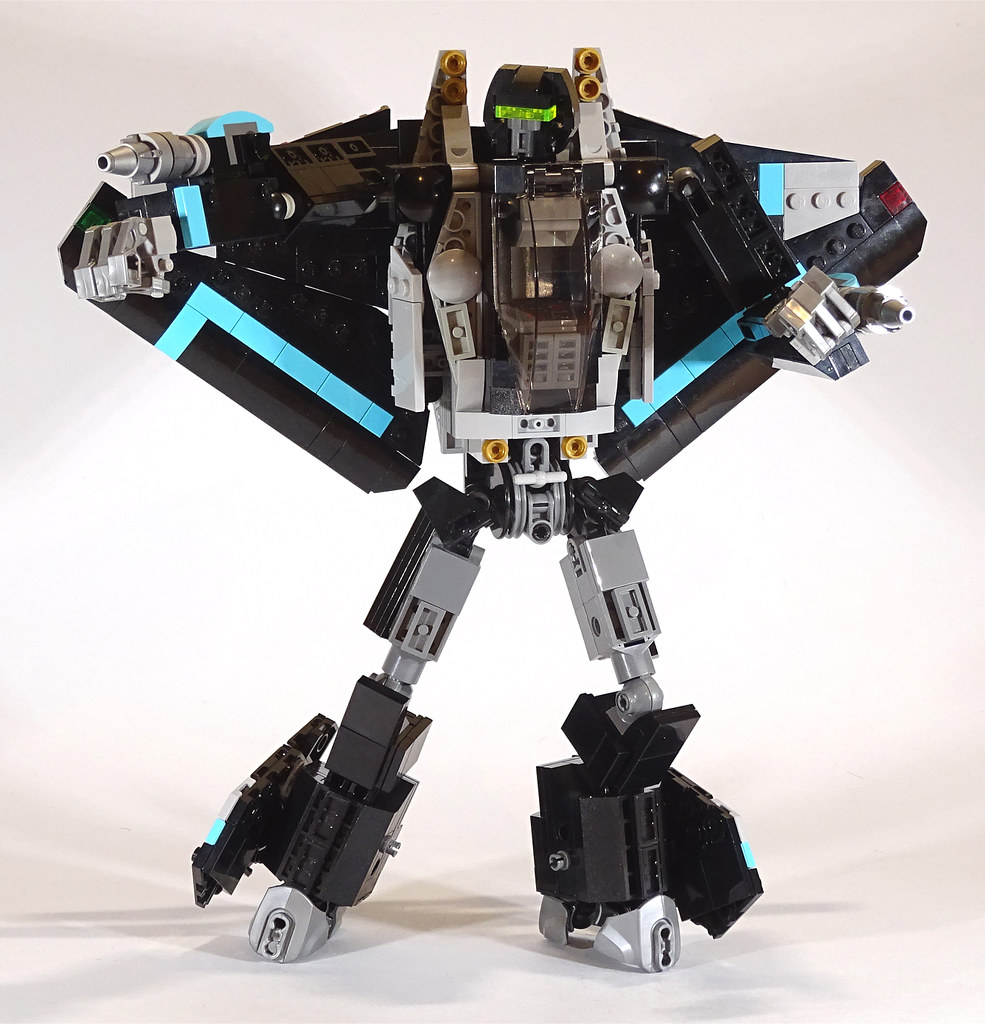 Transformers are complicated puzzles at times, requiring elements to fold into each other to hide away the more robot-y sections while in vehicle mode. Flashpoint’s arms and legs make use of large ball and friction joints to provide mobility while also supporting the weight of the model. Both of these types of joints come in various styles, orientations, and configurations providing builders plenty of ways to utilize them. The rotation provided by the ball joint helps the model’s arms and legs fold into the structure of the jet. For instance, you can see plates on the forearms which would attach to the wings in jet mode. The fuselage folds down to reveal the head which is molded with slopes and uses the binocular piece as a faceguard. The nose of the jet must fold inside of the torso, behind the captain’s seat, to fill in the space where the head was. The hands are also rather clever, especially with those opposable thumbs and smaller ball joints used in the wrists. 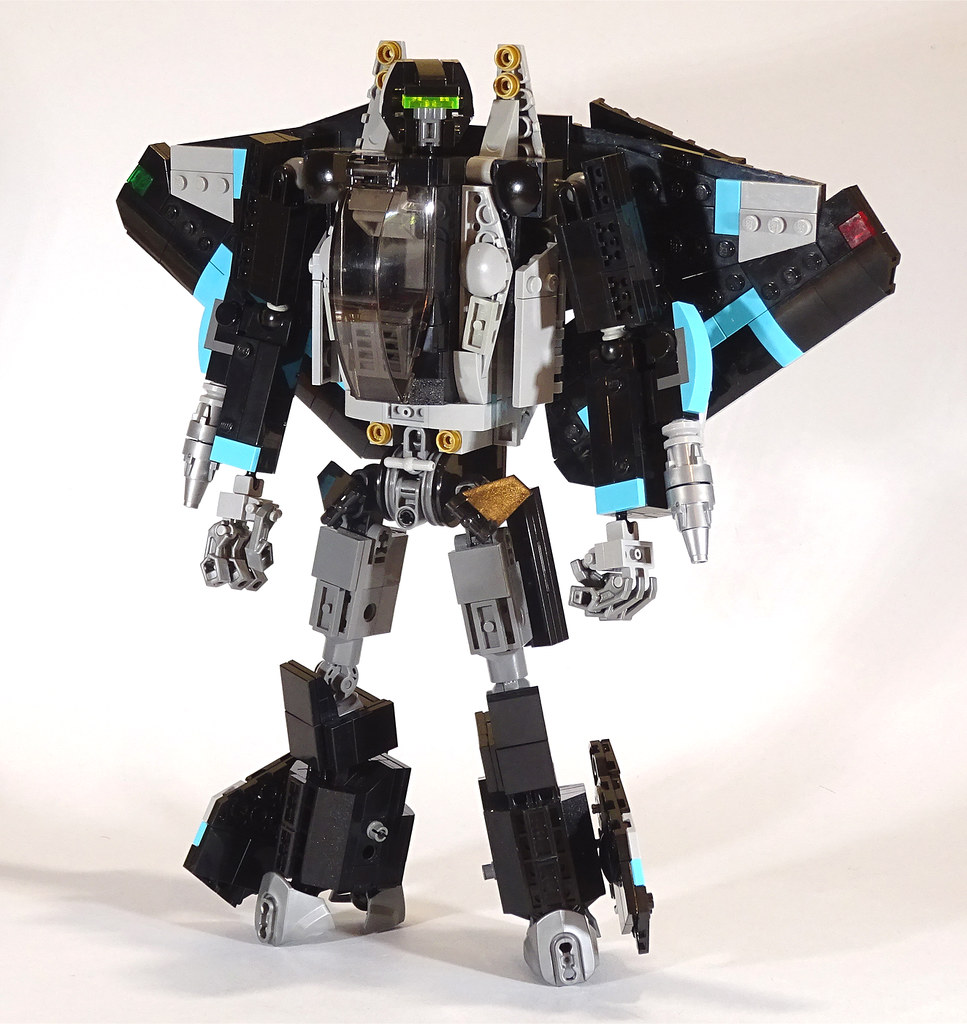 From behind, we can see the structure of the wings. The alignment of angled plates seems to be a clever use of LEGO geometry. I’m honestly surprised at how thin the wings are considering how tight those angled edges are locked together. The rear-view also reveals more about how Flashpoint transforms, seemingly flipping the wings up from the tail section to become part of the torso. Meanwhile, the arms detach and the legs fold down from the engines. I appreciate the use of small ball joints in the tail wings and how they fold down to be part of the boots. Librarian-Bot takes advantage of newer, angled tiles to model the shape of the wings. 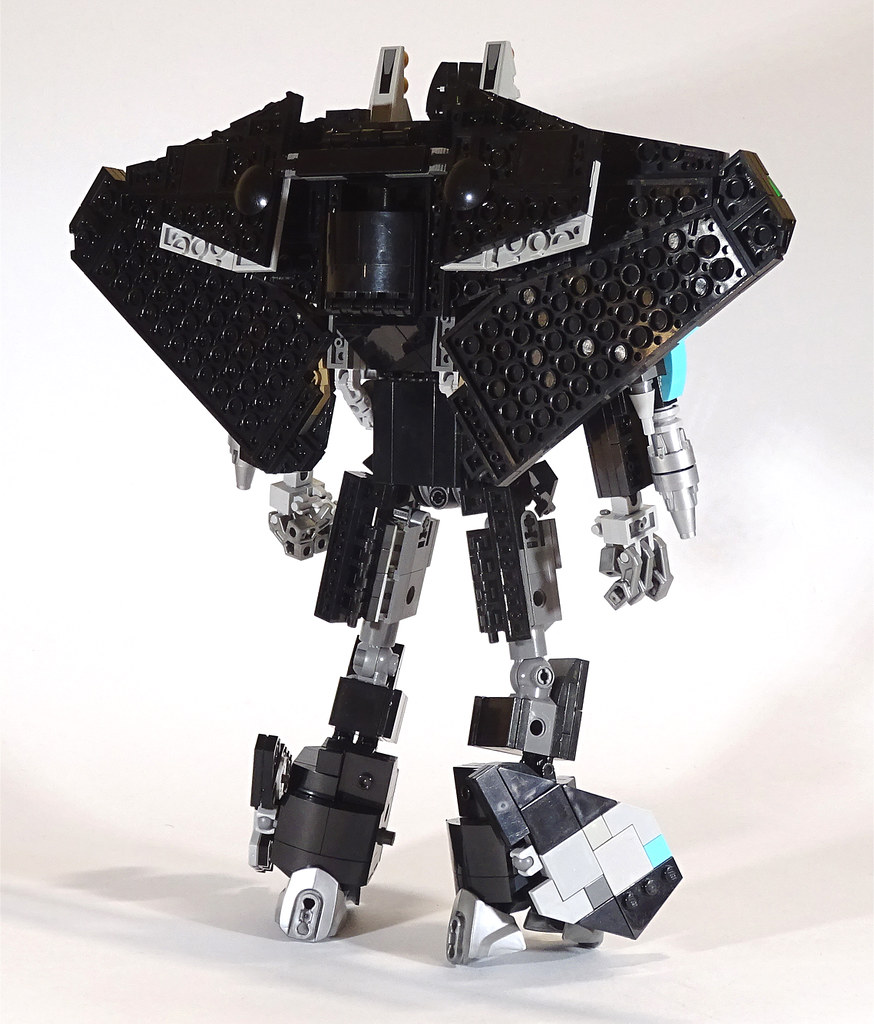 I’d love to see a video of this being transformed. LEGO models of Transformers are hard to pull off but Librarian-Bot does a great job with this build. Flashpoint’s impressively smooth transition from fighter jet to robot proves that it’s possible to make detailed models that will blow your mind. Check out more Transformers models or find more Autobots and Decepticons by Librarian-Bot on their Flickr. There’s a lot more where this came from!