Fly the Raider-class corvette just in time to finish off the Empire at the Battle of Jakku! Just in time for May the Fourth, builder Rubblemaker shows off his version of the mighty Corvus in its New Republic colors. 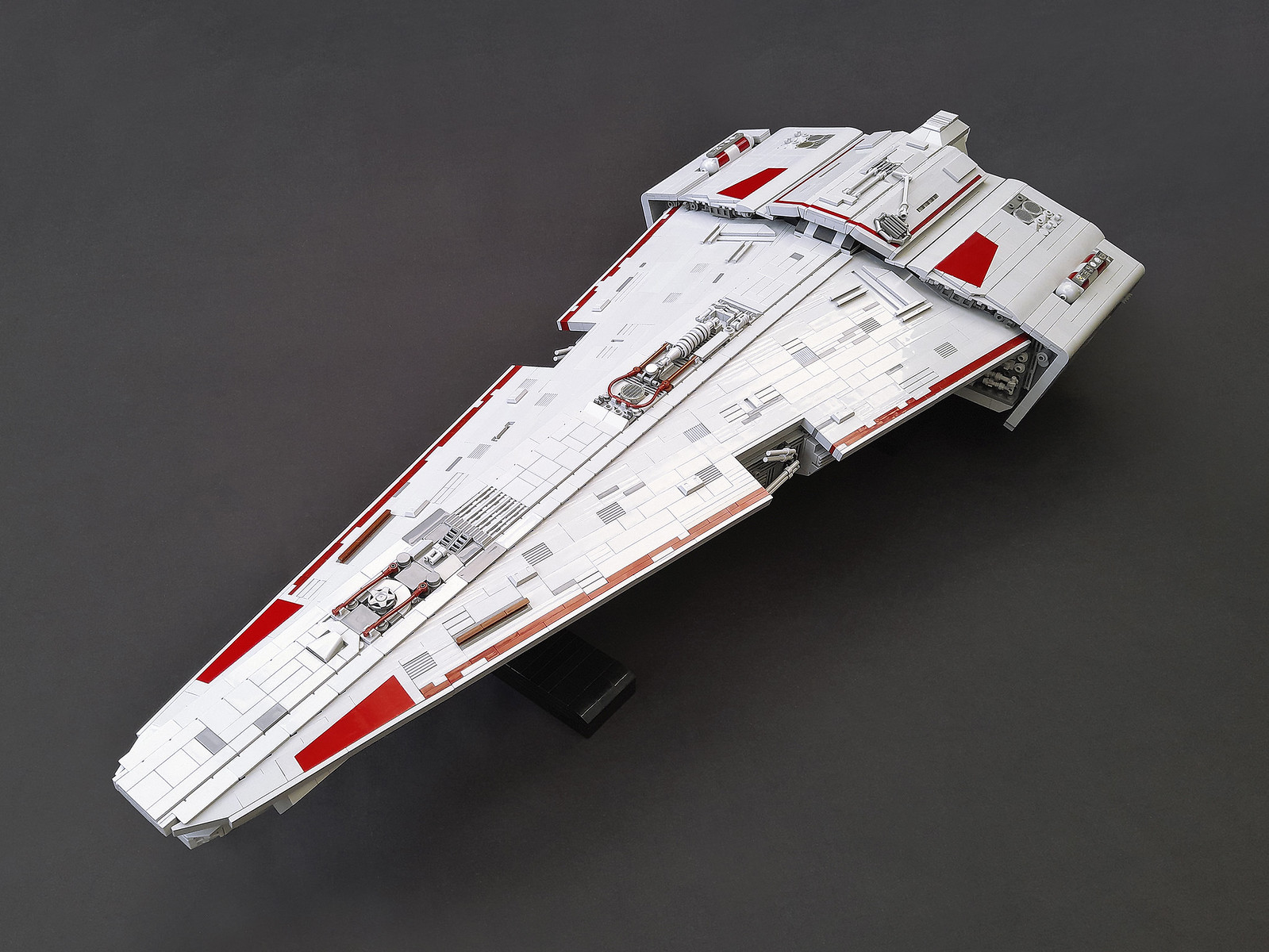 Formerly a vessel of the Imperial Navy, the Corvus and its crew, including most of Inferno Squad, defected to the New Republic. Rubblemaker did a fantastic job replicating the look of the starship as it appeared in Battlefront II. The detail on the ship’s exterior is just incredible. I especially appreciate the way he alternated the grey and red along the edge of the hull, going for that rugged rebel look. 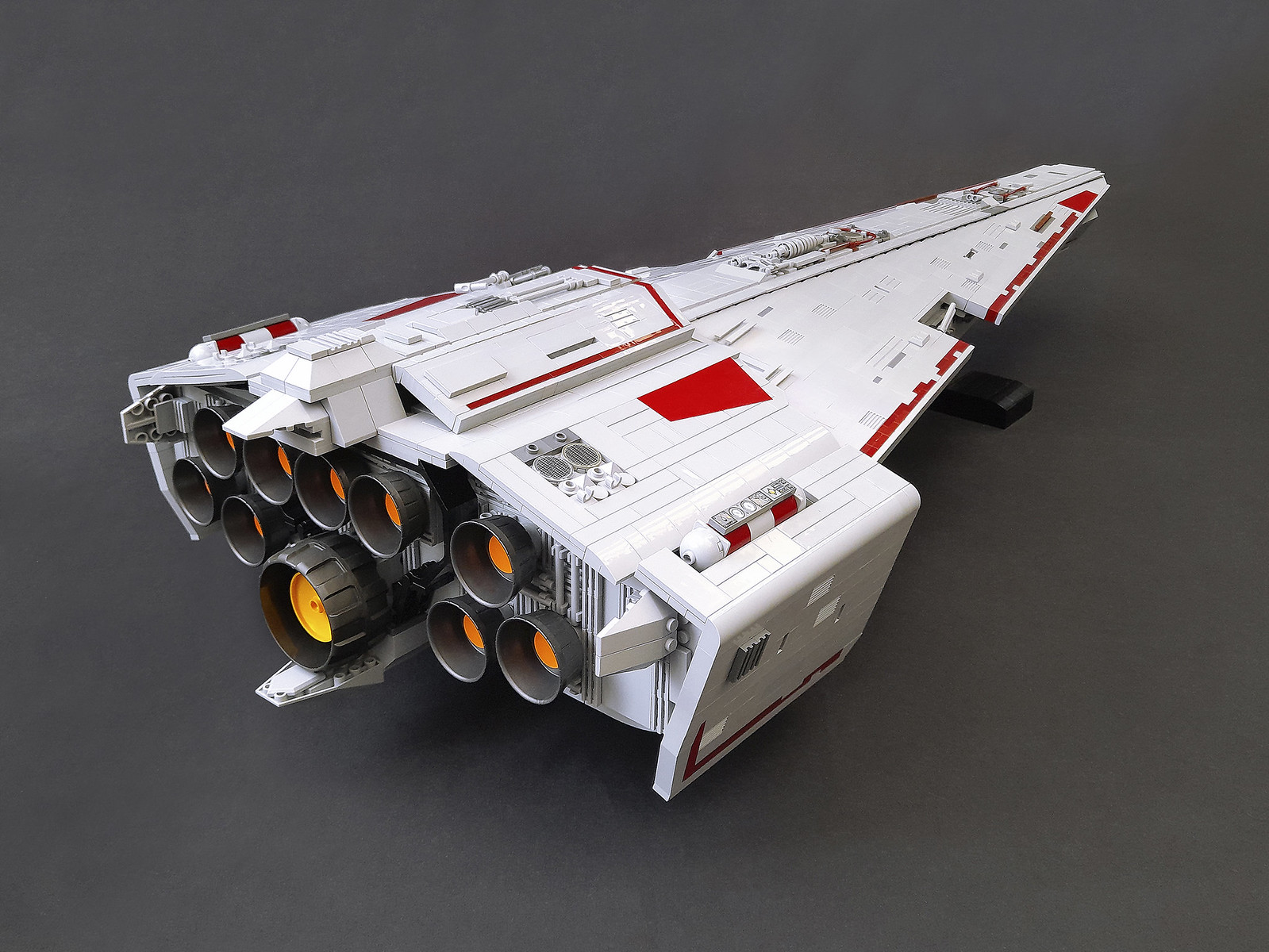 This sleek warship is ripped with almost a dozen engines, as seen here built with metallic bucket pieces and a huge wheel. I really like the orange color of the exhaust, as they contrast well with the grey of the hull and the dark engines. The detail work in the back is just as expert as the rest of the ship.

Rubblemaker is already well known for his authentic builds of LEGO spacecraft, so be sure to check out our archive of Rubblemaker’s LEGO builds. The Corvus is definitely another successful addition to his catalog of Star Wars vessels.