There’s no such thing as a boring outside activity; there are only boring machines that make things dull and tedious. And for proper digging, you need a proper excavator, preferably a heavy-duty one. It’s been a while since we got a great LEGO Technic excavator set, but here comes the new 42121 Heavy-Duty Excavator. This 569-piece set brings back mini-scaled construction machines and uses a bunch of newly-introduced pieces for its neat design. The set is available for US $39.99 | CAN $49.99 | UK £34.99. 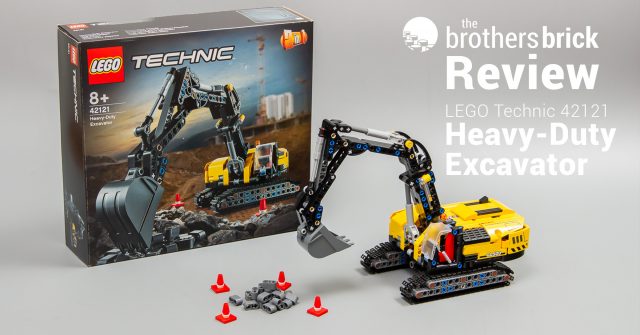 The box feels unusually small for a LEGO set of this size and this price. Basically, this is due to the lack of massive pieces in the set, like huge tires, buckets, or panels. 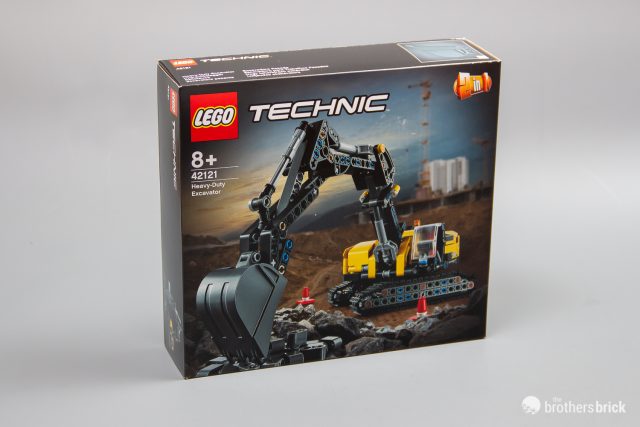 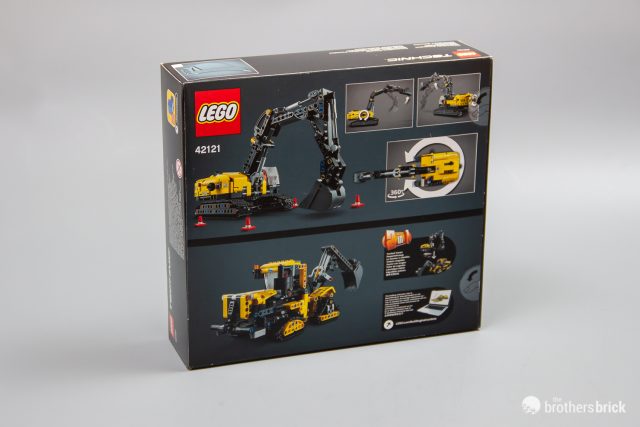 Inside the box are several plastic bags. I did not expect such a small model divided into four building stages, but it turned out to be a very relaxing build. 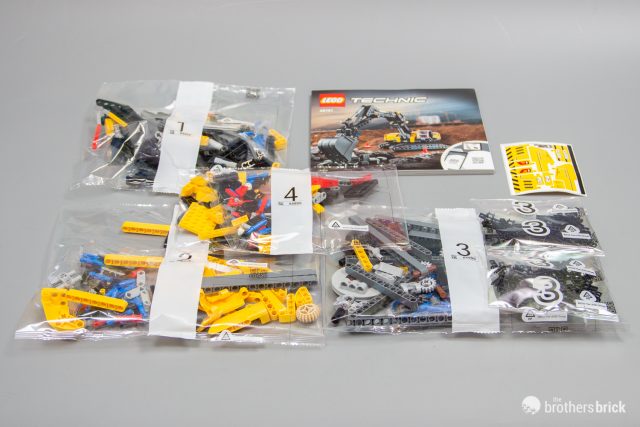 A proper piece of construction machinery is imaginable without a whole bunch of warning signs and markings, hence a moderate-sized sticker sheet. As for the instructions, the book does not include instructions for the B-model; instead, those are available online only. 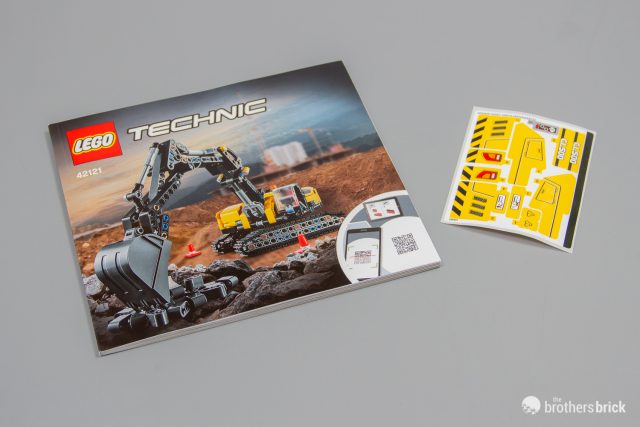 Being released two months later than the rest of the 2021 winter products, the set doesn’t introduce any brand new pieces but features new for the year and are still relatively rare. One example would be the new 4×2 Technic beam that we already saw in 42125 Ferrari 488 GTE “AF Corse #51” and 42123 McLaren Senna GTR in black and blue. You’ll find four new beams in yellow in 42121 Excavator; they fit perfectly, creating the right side of the tower. Two more pieces in black sit in the middle of the shovel boom keeping the whole structure together. 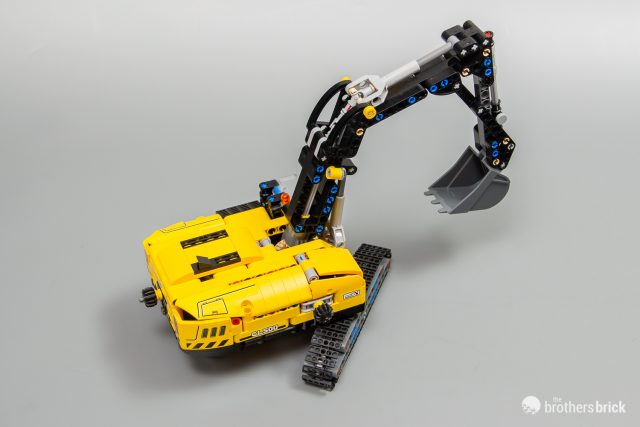 The finished model is one of the neatest LEGO Technic models of recent years and definitely, one of the best-looking LEGO Technic excavators ever released. Thanks to the smaller scale, the model is very proportional limited only by the play mechanisms. 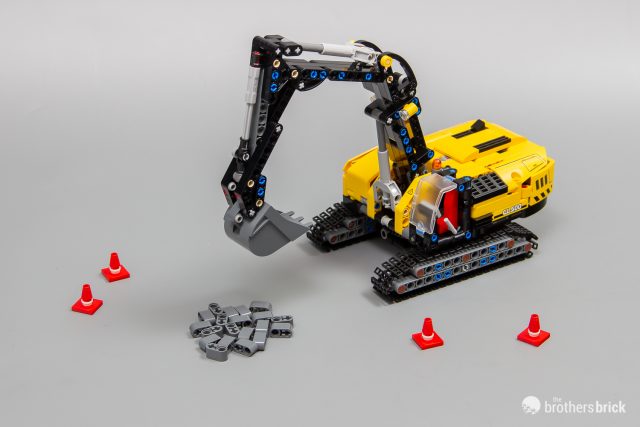 Since the boom is the main functional elements of the model, the design isn’t where it shines. Were it covered with panels, it would be way too heavy-looking for the model (see 8043 Motorized Excavator for a reference). I like the boom’s practical design. With no panels covering the mechanisms, it serves as a great illustrative example for younger builders. 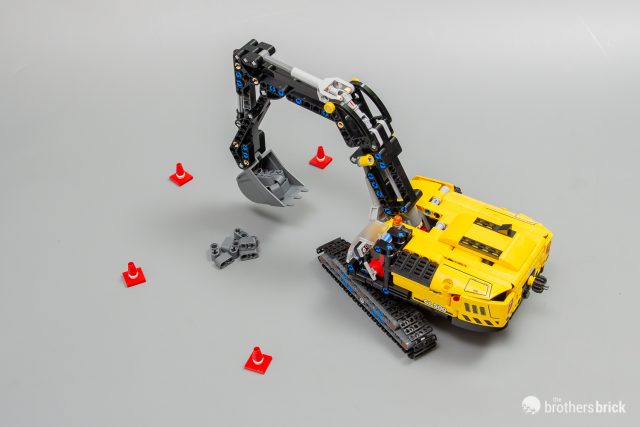 One of the model’s biggest drawbacks is the lack of a third actuator controlling the bucket. Since the middle and the end sections of the boom are controlled by just one actuator and move simultaneously, the range of positions the boom can take is severely limited. Actually, this design scheme is widespread among LEGO Technic excavators; just look at 8047 Compact Excavator or 8294: Excavator. However, in the case of the set under review, the very proportions of the boom make it impossible to “close” the bucket and raise the boom without spilling the cargo. 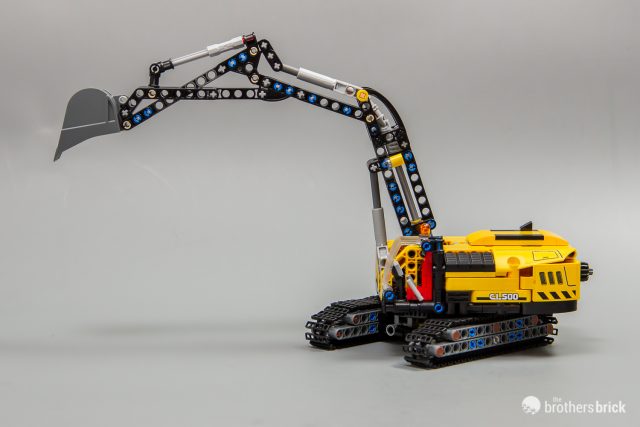 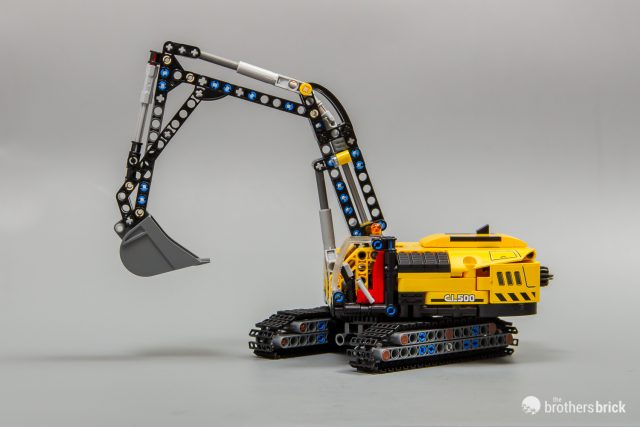 Nevertheless, the limited play possibilities are compensated by the very nice design of the model body. The operator’s seat is my favorite spot of the whole build, featuring a neat seat and a very suitable semi-transparent panel as a windscreen. Obviously, a fully transparent element would suit better, but I like to see the designers making the best of what they have available at the movement. 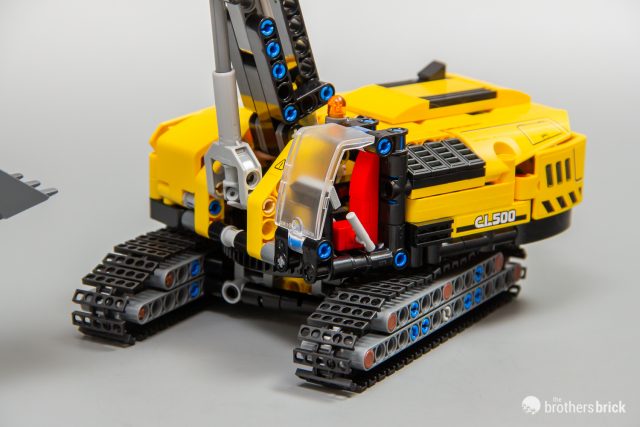 The new LEGO Technic 42121 Heavy-Duty Excavator has a lot of selling points. First, it’s a neat, well-designed model of an excavator, both functional and good-looking. Secondly, it is easily a great choice for a kid who is just starting building with LEGO Technic, as well as for an adult fan who might be tired of larger Technic sets. As for the flaws mentioned in the review, all of these are very typical for LEGO Technic models of the size, so no surprises here. However, the excavator has a lot of potential for modifications and upgrades, including motorization. 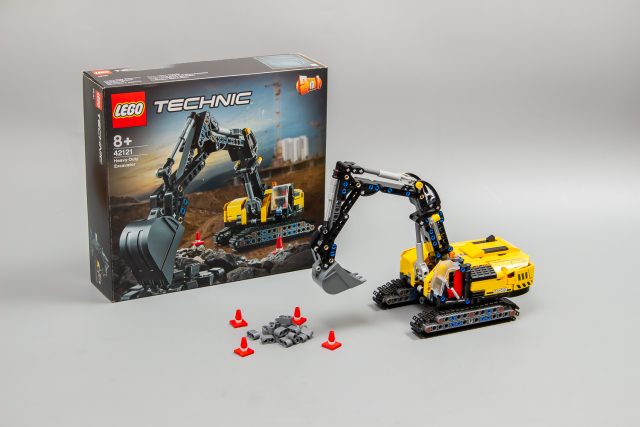 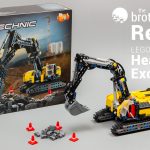 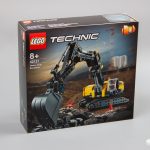 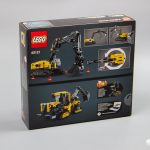 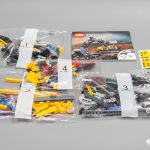 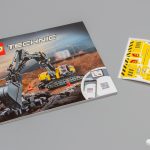 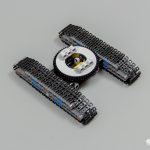 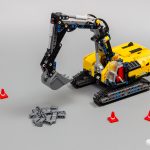 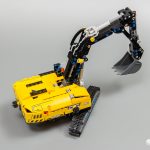 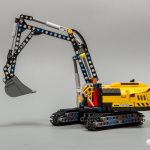 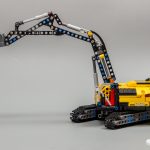 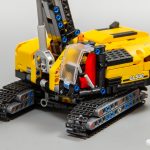 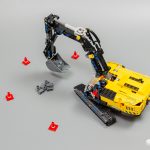