If you are a pet owner and a LEGO fan, you might have attempted to build a BrickHeadz style version of your pet using parts from the LEGO Go Brick Me set, hoping that one day, LEGO might come out with official sets. Well, your wait is over… especially if you happen to be the owner of a German Shepherd. LEGO recently released a new sub-theme of BrickHeadz called Pets, and LEGO BrickHeadz Pets 40440 German Shepherd and puppy is the first in the series, with the adult dog being number 118 in the BrickHeadz lineup and the puppy being number 119. With 247 pieces, the set retails for US $14.99 | CAN $19.99 | UK £13.49 and is available now. 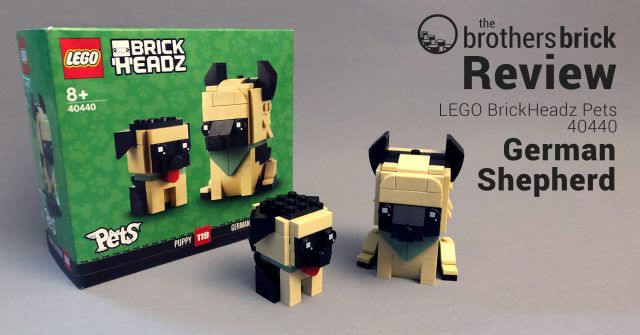 The box and packaging

The box front features the two dogs looking super-cute. Along with a logo for the Pets sub-theme, which suggests that LEGO plans to release more sets of adorable parent and child sets in the future. The back of the box shows the pair in their dog bed, as well as an image of the other first-wave Pets set, 40441, a shorthair cat and kitten in their bed. 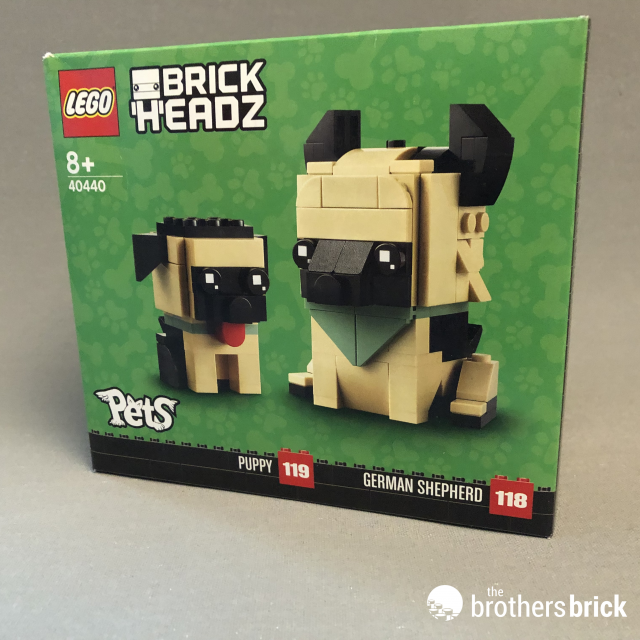 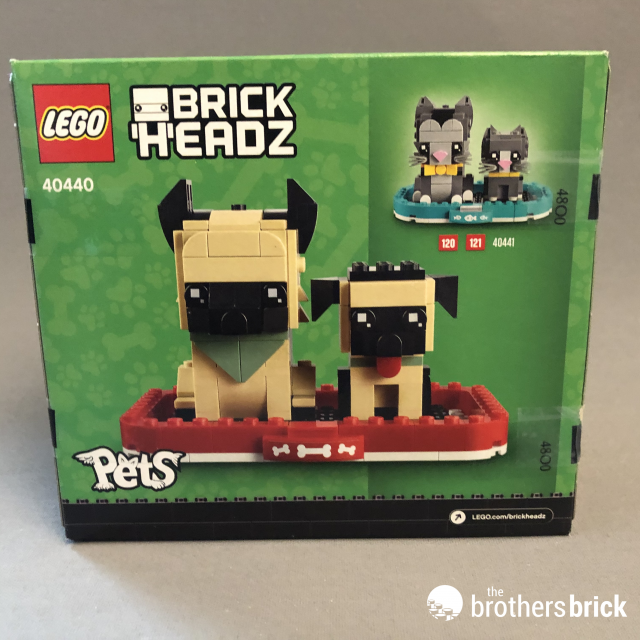 The box includes 4 un-numbered bags of various sizes, an instruction booklet, a single plate loose in the box, and a sticker sheet with two alternates for the front of the pet bed. 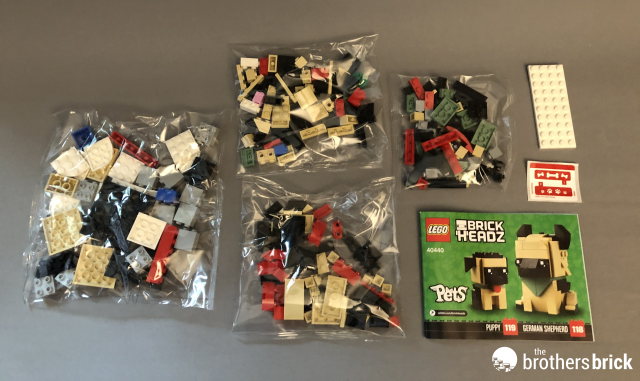 The adult dog is built largely around a 4×4 base, like a typical BrickHeadz model but with one notable exception. The rear legs of the sitting dog are built using hinge plates, to allow them to be poseable and jut out from the body. The finished lower portion of the dog includes a scarf. 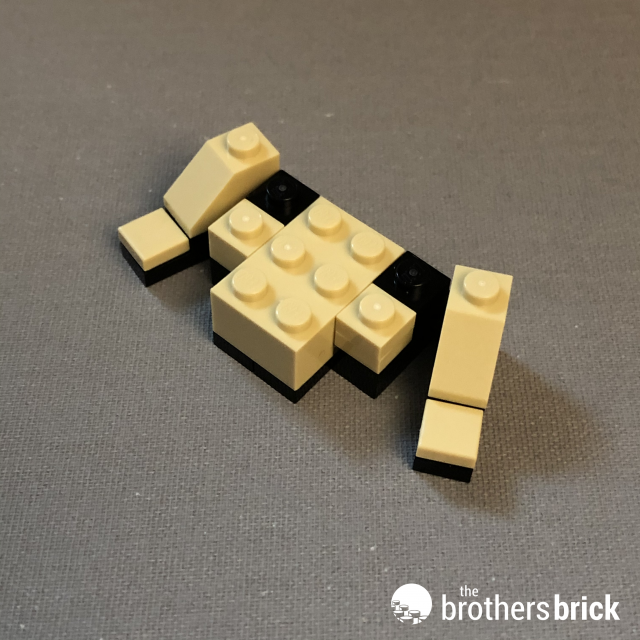 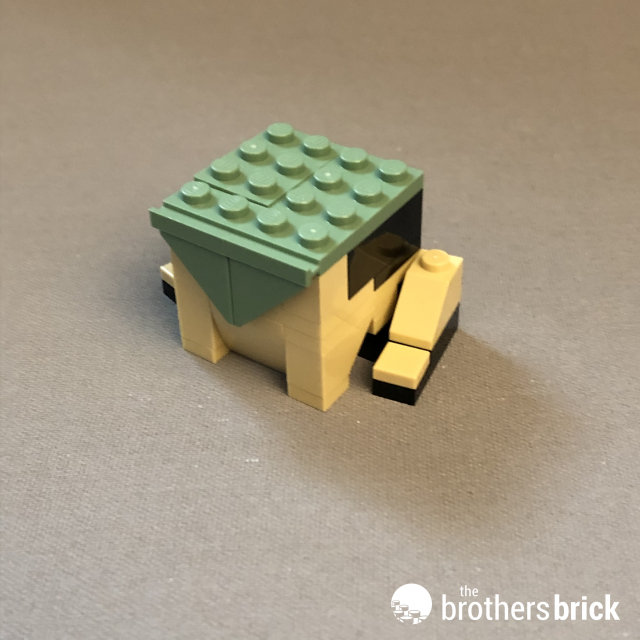 Moving on to the head, aside from the usual pink brick which serves as the dog’s brain, there are lots of cheese slopes to give the dog its shaggy look. We finish with ears perked up, and a pointed snout. During the build process, I couldn’t help attempting an alternate version of the face and ended up with a pretty decent pug. 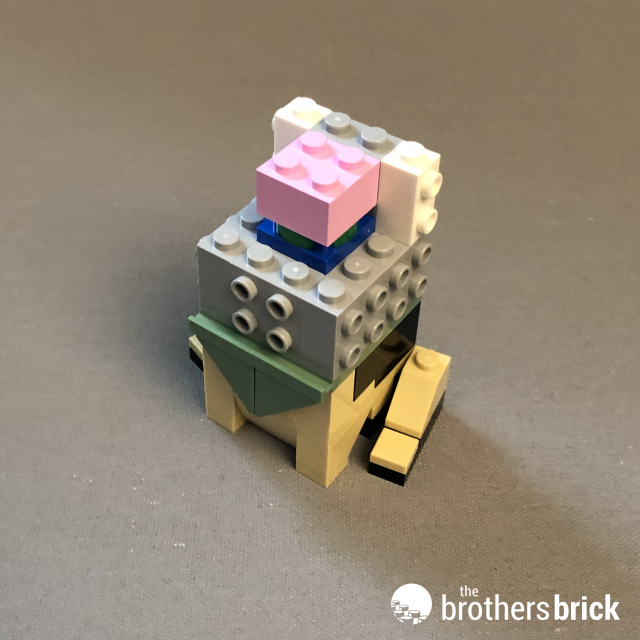 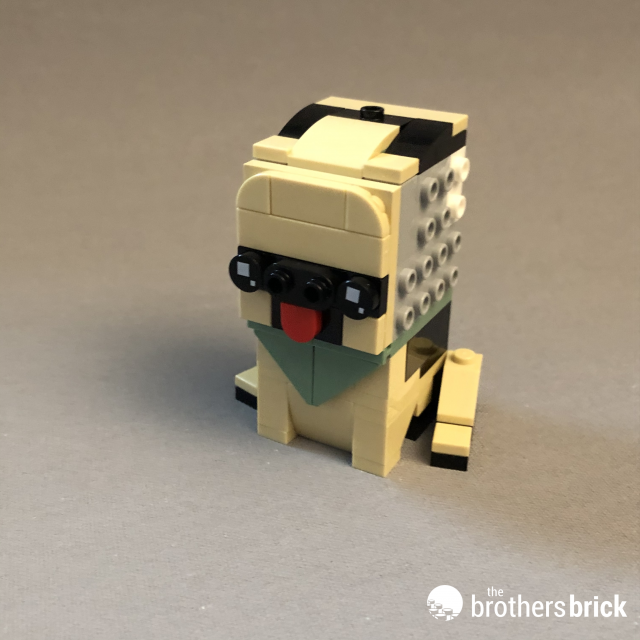 And now, with the adult dog completed, we start on the puppy, which, like previous Brickheadz “buddy” companions, is designed around a 3×3 base. Like the adult dog, the puppy’s back legs are in a seated position but these legs are attached in a fixed position. The puppy brain is a smaller 1×1 brick, while the puppy’s ears are drooped in a most adorable way. 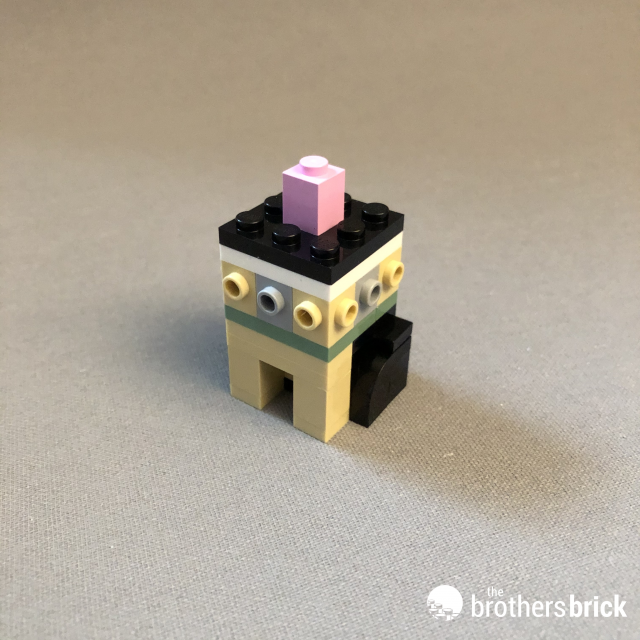 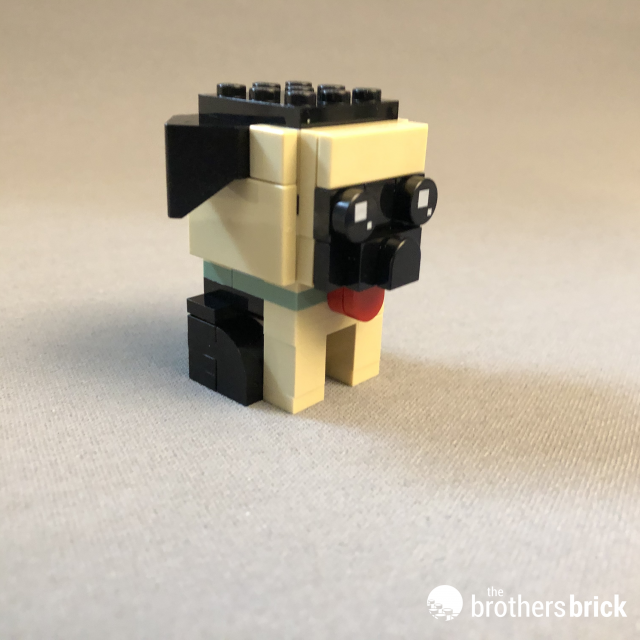 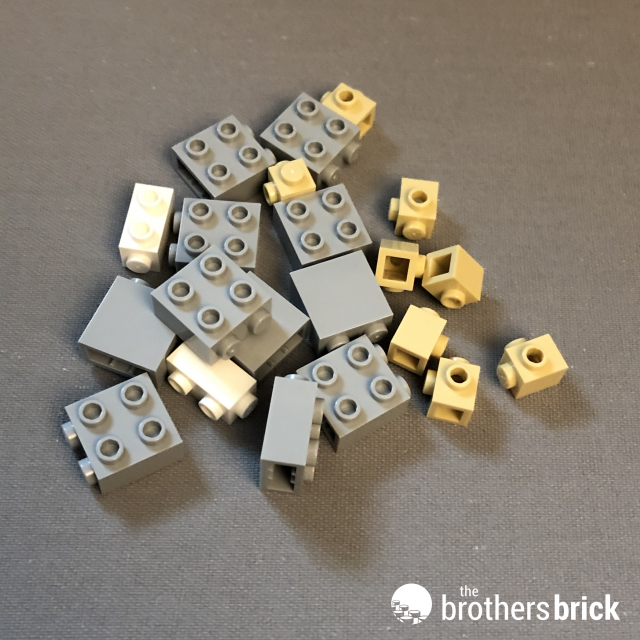 The finished model includes a pet bed, which fits both dogs side-by-side, albeit a bit snugly… but then dogs do seem to enjoy a good snuggle. The set includes two stickers that can be swapped out on the front of the pet bed of either bones or paw prints. 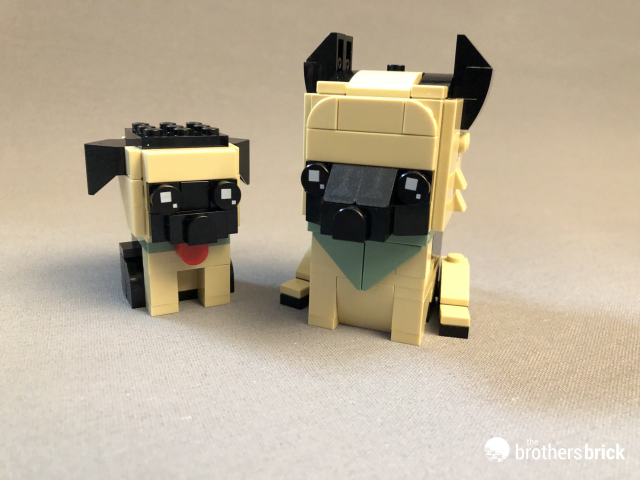 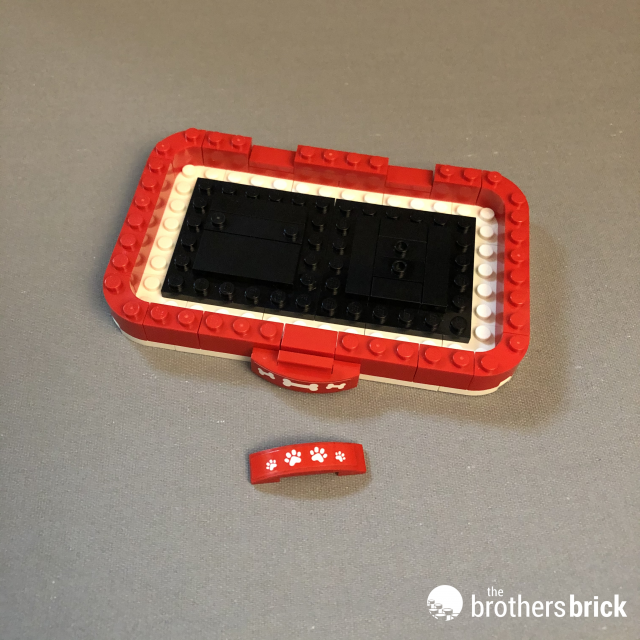 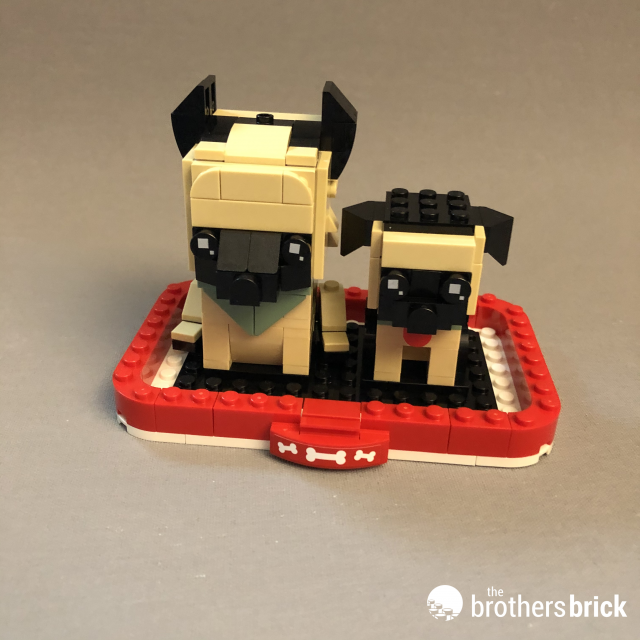 If you are a dog person, or if you’re looking for a great parts pack, you can’t do much better than $14.99 for 247 pieces. And if you are a cat person or you prefer something a bit lower-maintenance, not to worry, there are more sets in the Pets subtheme, including shorthaired cat & kitten, Budgie, and Goldfish. Based on the customizable Brickheadz set Go Brick Me, I can’t help but wonder if LEGO is planning something similar for building custom pet models, and if they are, these sets will give them plenty of inspiration to start with. 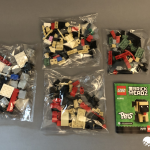 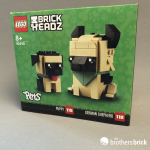 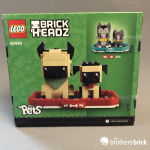 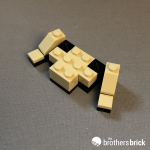 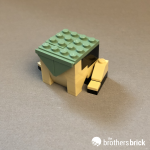 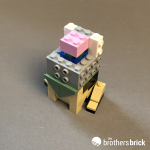 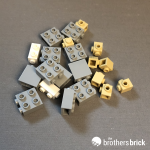 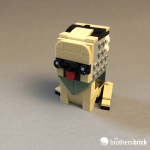 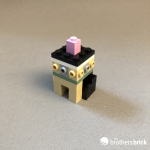 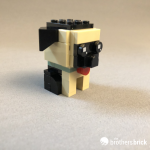 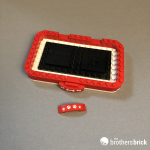 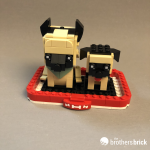 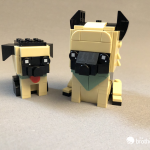