It’s a tribute to the enduring power of certain images that I cannot hear the word “cowbell” without thinking of Blue Öyster Cult and fevers. And the LEGO minifgure torso looks remarkably like a cowbell, if one ignores the holes where the arms should go; so when I faced the challenge of coming up with creative uses for the part, I just had to build a cow with a cowbell around her neck. The whole time I was building it, I had to resist the idea of scrapping the build and trying to craft a hairy Will Ferrell holding the cowbell instead, and “The Reaper” was playing on repeat in my head. Ever try to build LEGO while dancing around playing air cowbell? It ain’t easy. I snuck in another torso in the barn, and added some of my dad’s old bushes and trees around it for some microscale detail in the background. LEGO is truly a multi-generational toy! 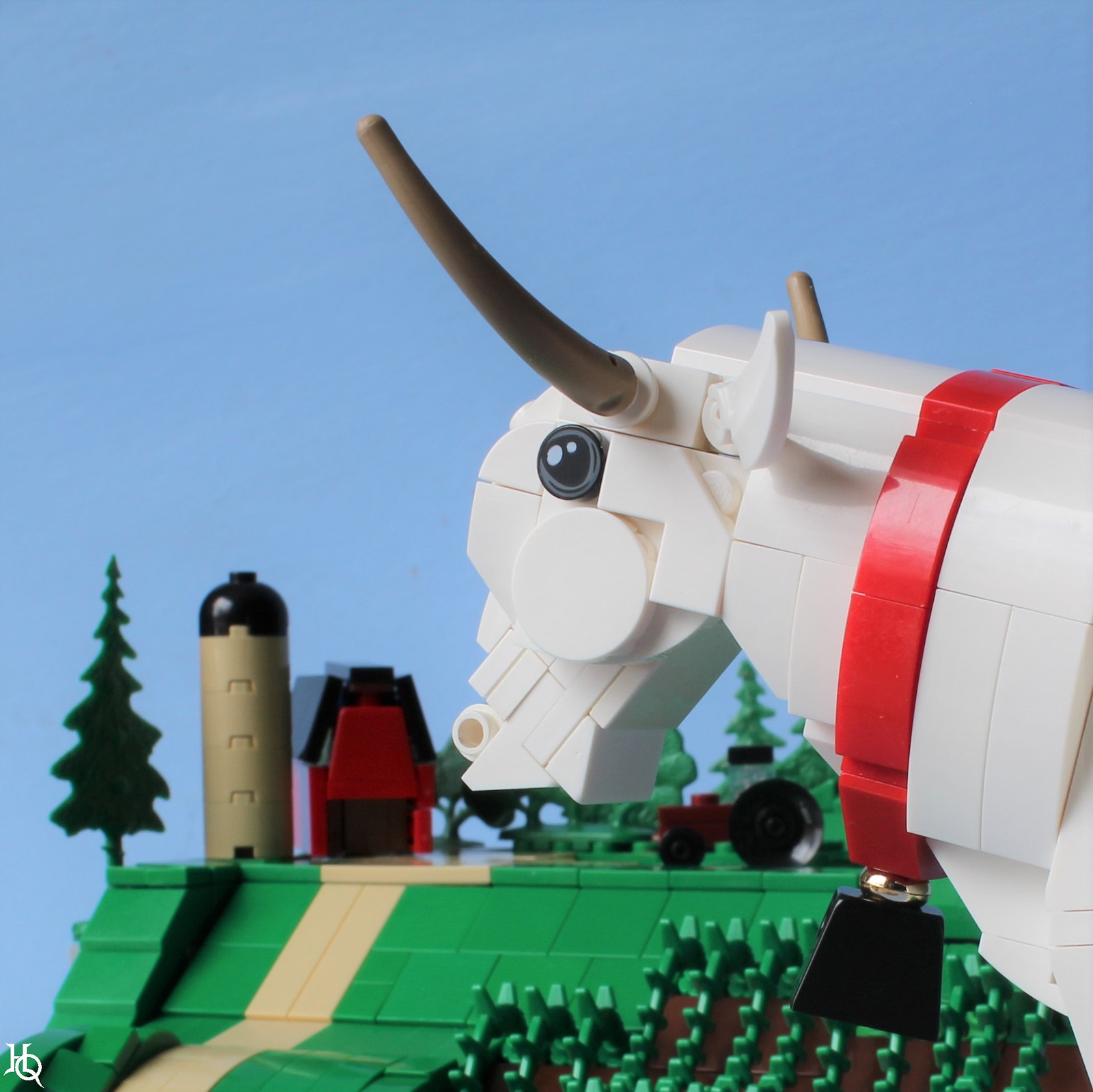 While you’re feeling rustic, here are some more LEGO builds of barns and LEGO farms. And don’t forget to check out the Iron Forge, and even get a few entries in yourself!