In ancient times, humans domesticated dogs to help them hunt, and they became our best friends. But what if we’d chosen cats instead, as this LEGO huntress, depicted by Letranger Absurde has? While the one-piece sabretooth tigers are considered big cats to minifigures, to this brick-built character, they’re positively darling little killing machines. 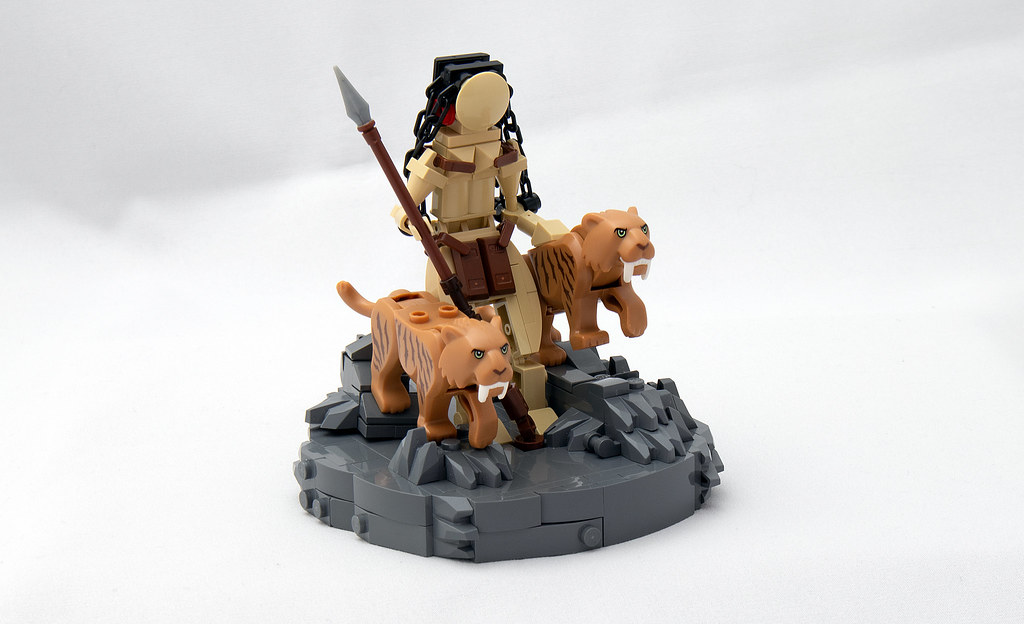 The huntress herself is no slouch either – this Paleolithic predator is built to survive. I mean, just look at those palisade brick abs! Hopefully it was warm back then, because those bucket handles and ingots don’t look like that warm of an outfit. Maybe she’s just a Stone Age cat lady? She even has tangled hair, expertly crafted out of LEGO chain, to match the stereotype.