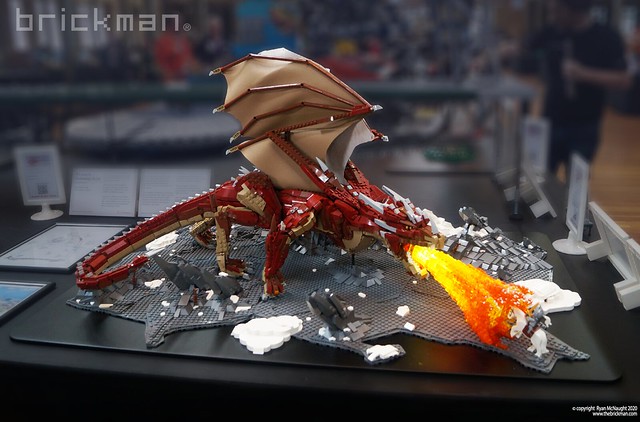 Every part of this creation is a masterpiece though. The landscaped base is just the sort of desolate place to find such a beast. The dragon is fearsome and strong but also sculpted in a way that looks organic and natural. Just look at the fine use of curved slopes on its face. 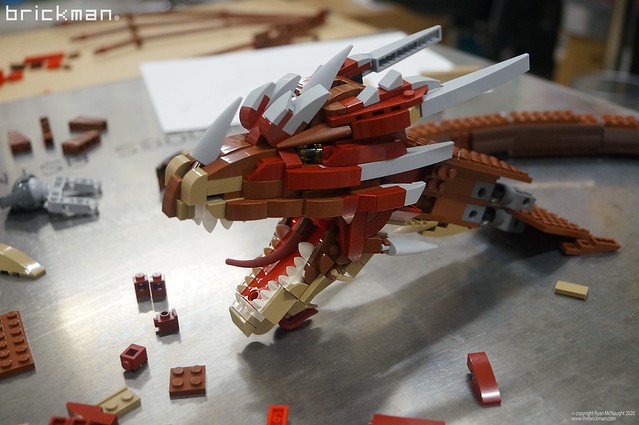 I’m particularly fond of how the 1×2 notched slopes are used for spines or horns protruding all over the dragon’s body. Most incredible though is the fire itself. Such an impressive look was made with some of the simplest pieces, regular LEGO plates in various translucent colours. Sculpt them just right and insert a light inside and – voila – you have made fire! 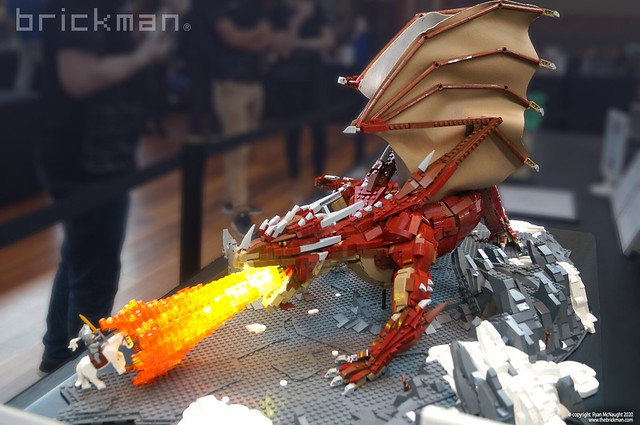 4 comments on “The sad tale of Sir Warick the Overconfident”