Gondor is the greatest kingdom of Men during the Third Age of Tolkien’s Middle-Earth. Its northern borders are marked by The Argonath, a pair of huge statues standing on the banks of the River Anduin. Jason Pyett has taken on the challenge of building a LEGO version of this dramatic location from The Lord Of The Rings, and the result is an impressive piece of microscale building. 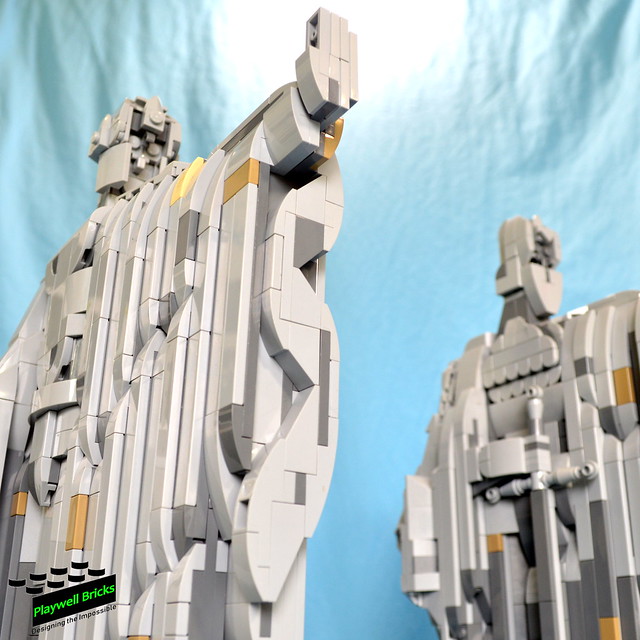 The statues tower above the river, their left hands raised in warning to the enemies of Gondor. The choice of colours and level of detailing manage to evoke the idea of weathered stonework, and the proportions of both figures are nicely done. Fun fact: Jason has built the movie version of this monumental pair — depicting Isildur on the left, and Elendil on the right, armed with the sword Narsil. In the original description from the books, the statues depicted Isildur and his brother Anarion, and both were armed with axes. 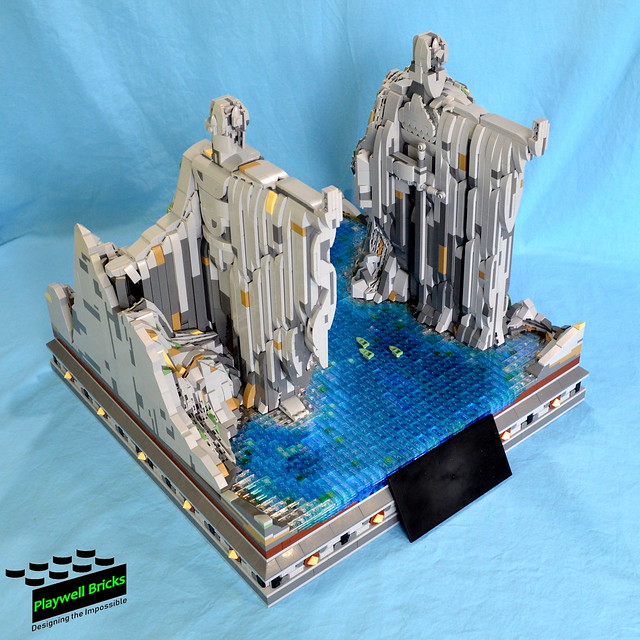 3 comments on “Behold the Argonath, the Pillars of the Kings”