It’s certainly not summer yet, even in southern California where it’s still cloudy and stormy. Models like Ted Andes’ streamlined sailboat called the Rhapsody make me yearn for the season’s arrival even more. Although at first glance you might think it’s just your average high-end sailboat, Ted has actually built a futuristic vessel that hovers above the water, almost like a hydrofoil with its white fin-like appendages sticking out from the bottom of the hull. 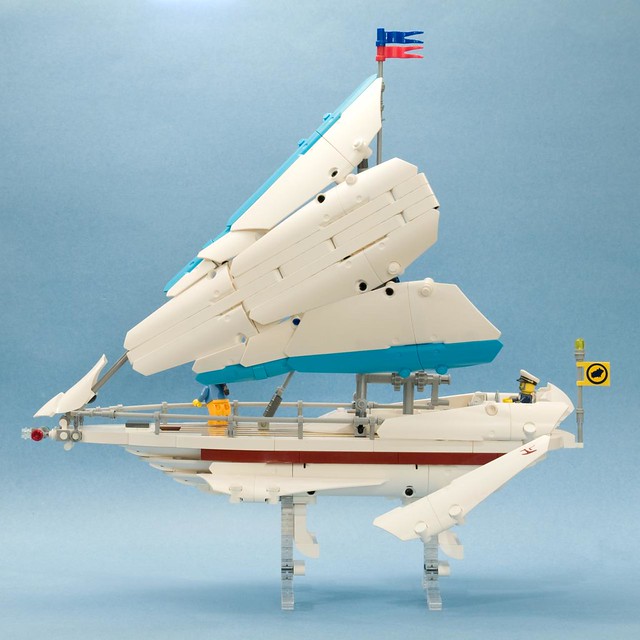 Close inspection reveals that the hull and sails are constructed almost entirely from assorted Technic panels, allowing the builder to achieve the sweeping curves of the vessel and the cloth-like appearance of the sails. Let’s also not overlook the expertly constructed wooden deck and classic white coloring with blue and red accents. This boat is sure to awe onlookers on any expedition into the bay, whether it’s hovering or not. 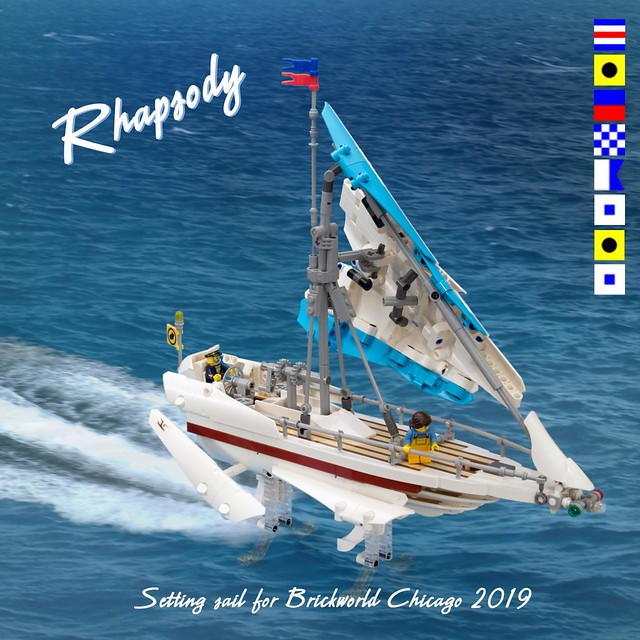